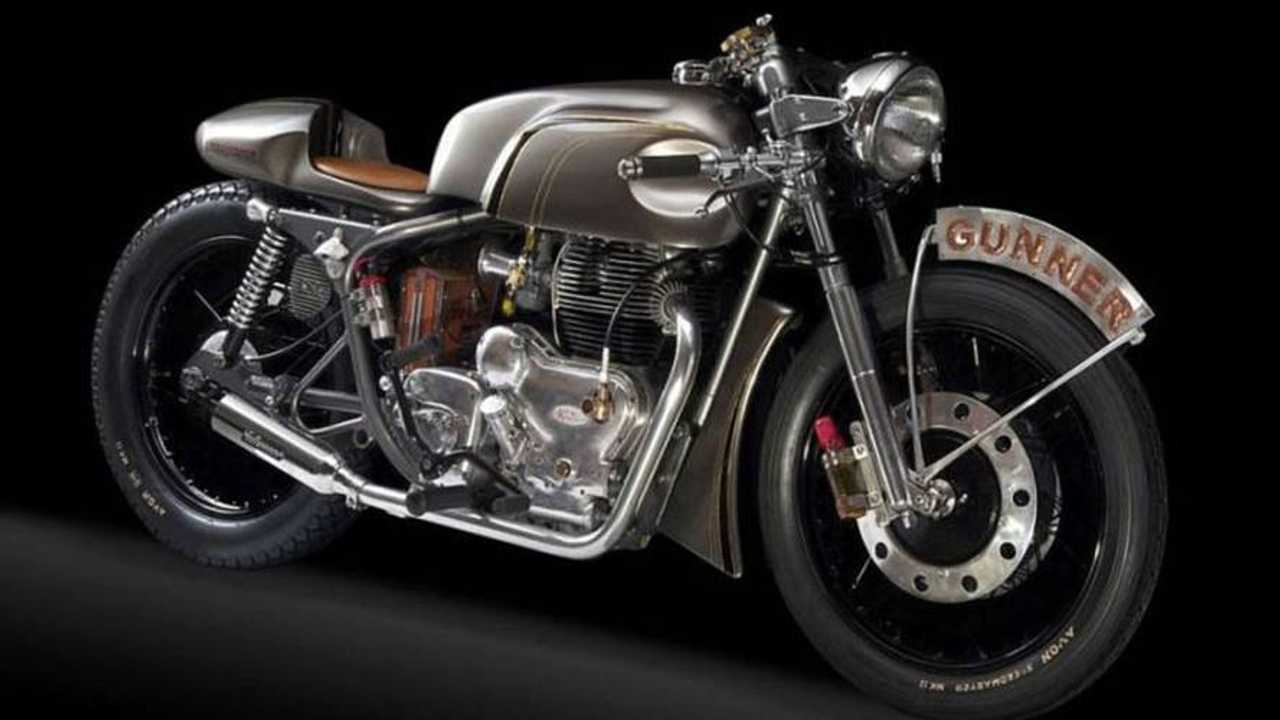 My first taste of dual-sporting was with a beat up NX650, so I've got a bit of a soft spot for them. They don't come up for sale very often, and this is one of the nicest I've seen in a while (I'd put the original front fender back on in an instant, though).

Known as the Dominator is other markets, the NX650 was sold in the US for just two years. The drivetrain is from a XR650L so you get 44 horsepower, 5 speed transmission, and excellent parts availability. On the other hand, the plastics can be difficult to source - so try not to abuse these too much. Dry weight was 370 pounds.

This example has 8,847 miles on the odometer and the seller says it's in fantastic condition. Modifications include a Supertrapp exhaust and larger Acerbis fuel tank (which I like) and the color matched high fender (which I don't like). The original fender, pipes, and tank are included. The seller apparently wanted to make it into a mini Dakar-replica but he later decided that this specific bike was too nice to hack up.

Find this excellent NX for sale in Manchester, Connecticut for $3,000 here on ADVRider (registration required).

1968 was the last year of the “Mark” Spitfires - at the end of the year BSA released the Rocket III and that took the place of top dog. 1,291 MKIV bikes were built, with another 478 bikes that were hybrids of the '67 and '68 models. Improvements over the MkIII included Amal Concentric carbs, a twin leading shoe front brake, and independently-adjustable Lucas ignition points.

The above changes plus some improvements to the lubrication system bumped power to 53 ponies, which yielded a top speed of approximately 115 miles per hour. For more information on the Spitfire model run, check out this Retrospective from Rider Magazine.

This example (VIN: A65SB2507) features the larger Euro fuel tank and is said to be in excellent running condition thanks to minimal use over the last 20 years. It has a modern Power Sonics battery and a recent oil change. The seller notes that there are small 'pimples' in the paint and that he drains the gas tank when it's not in use.

Find this late-run Spitfire for sale in Greenwich, Connecticut with bidding up to $8,400 and the reserve not yet met here on eBay.

Founded in 1891, Matchless was one of the most well established names in motorcycling for several decades. After aligning with AJS in 1938, the two companies went on to produce many twin bikes under separate names. In the early 20th century, Matchless had great success in motorcycle racing, but it had fallen to the wayside as the company focused on touring machines post World War I. So in 1952, the company announced it was adding a 500cc road-racer to their model range. Enter the Matchless G45.

The 500cc power plant was based on the engine from the G9, with gear-driven cams and separate cylinder barrels/heads - you could actually strip down one half of the engine completely independent of the other. A 4-speed transmission and chain drive got power to the rear wheel, and performance was reportedly on par with the Manx Norton of the time. A twin of the AJS 10R, the G45 unfortunately ended up earning itself a reputation for poor reliability in racing situations - in the 1953 Senior TT, 11 G45s started the race, and only 4 completed it. With less than 100 produced, this is a rare bird, but I do believe it's one of the prettiest motorcycles to ever come out of the 50's.

This specific Matchless G45 (engine # G/9 230, frame # RTC856) was purchased in horrible shape from Virgil Elings, one of my favorite gearheads. He owns and runs the Solvang Vintage Motorcycle Museum, which apparently has a G45 for show. Today's featured example seems to have a true G45 engine in the frame of a G90 - hopefully someone more knowledgeable about 50s Matchless' will be able to chime in here. The bike won Best of Show at Del Mar 10 years ago, and many of the parts of new or rebuilt.

Find this Matchless G45 for sale in Camano Island, Washington with bidding up to $27,034 and the reserve not yet met here on eBay.

This Interceptor was built by Charlie Giordano of Tailgunner Exhausts (so it obviously features their trademark rotating gatling gun mufflers). Ignoring that, this bike is quite polarizing - what do you think of it?

I call this an unexpected custom simply because no one seems to ever customize the Interceptors. Not many were made, so when someone with resources acquires a beat up example it usually gets restored to stock-ish conditions. This, on the other hand, features details like a liniment bottle with rum on the fork tube, a bottle opener on the frame, or a battery box built from cigar boxes. For more on this build, check out when it was previously featured on RideApart. When Giordano apparently bought it for $150 out of the back of a truck, it was beat up enough that he couldn't even determine what the bike was. Whether or not you like the style of the end result, you have to appreciate that he saved a bike from going to the junkyard.

Find this custom Interceptor for sale in West Tisbury, Massachusetts with a BIN of $30,000 or best offer here on eBay.

A elderly gentleman in Carini, Italy has a collection of bikes, most of which he has owned for over 30 years. Unfortunately, he is getting old and needs to sell some motorcycles, so a group of his friends are helping out. They've currently got five bikes up on eBay, and all are said to be "in beautiful restored condition" and "museum quality."