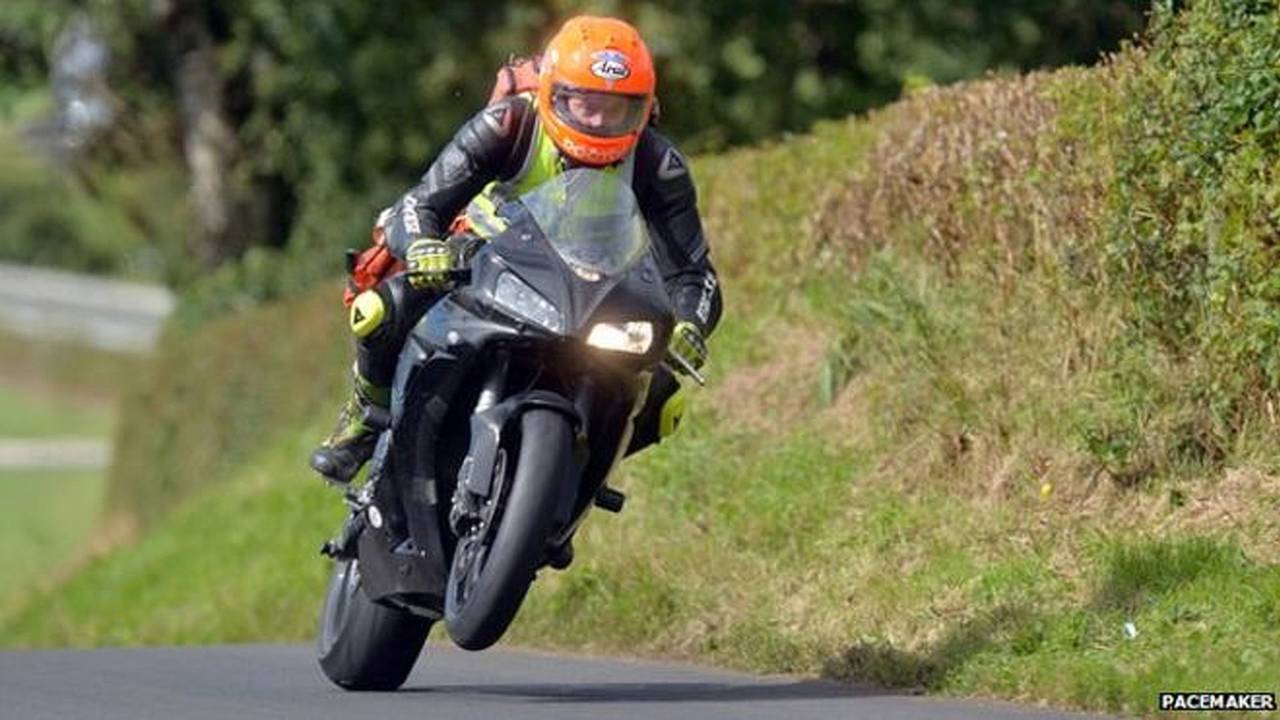 Doctor John Hinds was a very fast rider, and also a skilled trauma doctor. He combined those two skills by working support for the road races in Ireland and the British Isles. Tragically, he was killed in an accident when his bike hit a wall while working the practice session Friday at one of the races, the Skerries 100. He will be greatly missed by the entire racing community in Ireland and the UK.

They do things differently there than in the USA. For one thing, road races in Ireland take place on public streets that have been shut down for the occasion, much like the more famous Isle of Man TT. They also lack medevac air ambulances that can swoop in and provide trauma care to injured riders. What they do have is a mostly volunteer staff of motorcycle mounted medics, who ride the race course at speeds approaching that of the racers themselves, and provide trauma care in event of an emergency.

Riding a specially tricked out Kawasaki Ninja 1000, Dr. John Hinds was a first responder and saved countless lives while working the North West 200, Skerries 100, and other public road motorcycle races. From all reports, he seemed to love the challenge and excitement of providing trauma care in the field, instead of at the more mundane hospital environment.

"Hospital medicine has become very much full of protocols and guidelines - out here it's a wee bit more 'seat of your pants' medicine really...you're very often in a ditch somewhere."

Despite this he was also leading a charge to bring Northern Ireland into the 21st century and create a public air ambulance service, even though this would make bike mounted medics much less important.

Dr. John Hind was 35 and the world is the worse at having lost him, but the world is better for the other riders who he was able to save in the years he provided immediate medical care at the scene of an accident. Hopefully, his death will spur the government of Northern Ireland into funding the air ambulance service that every other major European country has.

(Photos courtesy of PaceMaker Press Intl. and the BBC)

MUST READ:  Preservation and Security: A Shed of One's Own | RideApart