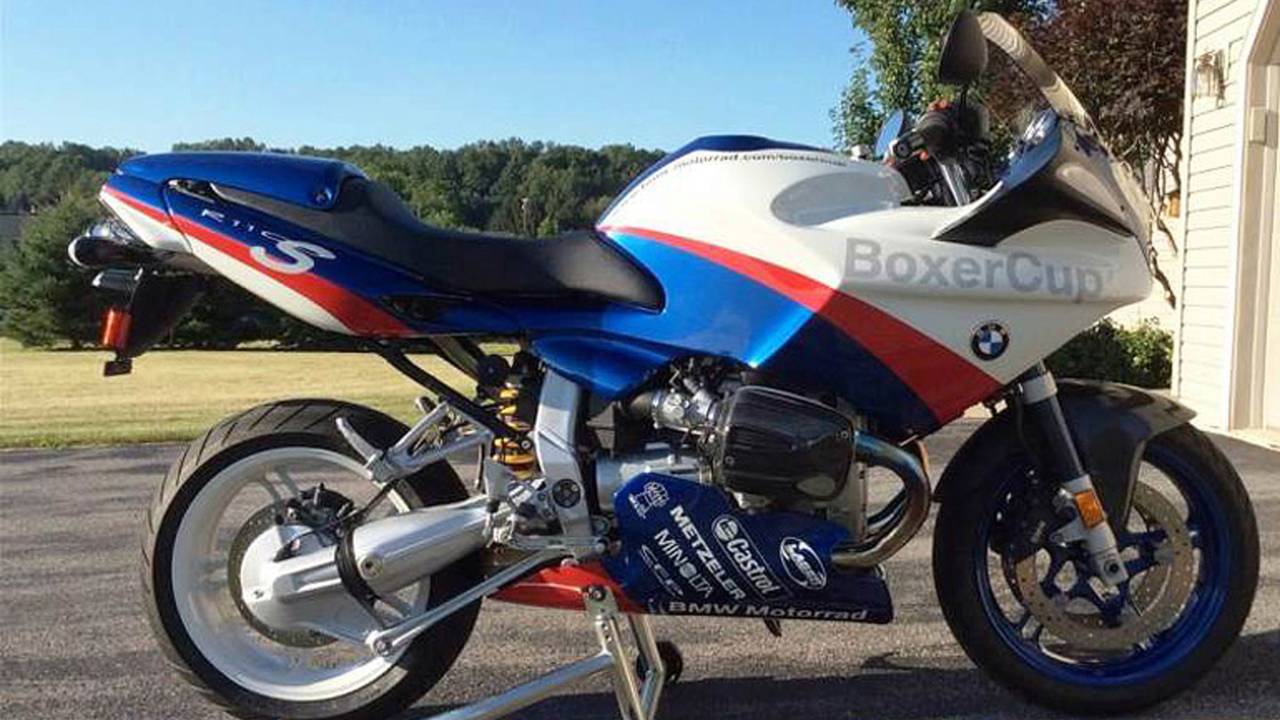 Online Find Panjo Edition - 2005 BMW BoxerCup ReplikaLast week we had a BMW boxer from the 60's that could have been from the 40's, this week we have...

Last week we had a BMW boxer from the 60's that could have been from the 40's, this week we have a more recent boxer, but still one that is a bit of a throwback - The 2005 R1100S Boxer Cup Replica.

MUST READ:  Why I Bought a Kawasaki Ninja 650 - My Second Bike | RideApart

The BMW BoxerCup was a single make race series that was run as a support class for MotoGP and some other racers. Modifications to the bikes were limited and therefor the racing was really close. It was kind of like a NASCAR race with all the bikes nearly the same, and the rider making all the difference. They ran it for 5 years and stopped at the end of 2004, with BMW selling replica street/track day bikes until 2005.

The BMW factory BoxerCup Replika (to use the official German spelling) bikes are not only great bikes with plenty of torque, adequate power, and sweet handling, they were the pinnacle of the 1100 oil/air boxer development. In 2006 the R1200 came out and was a completely different bike.

These BoxerCup Replika bikes really look the business in the BMW M-style red-white-blue paint complete with sponsor contingency decals on the belly pan, which is also a race spec oil catch pan. Every Replika came with a factory provided Laser brand freer flowing exhaust system, factory tweaked ECM chip with more aggressive tune, and Ohlins shocks. The suspension was also modified by BMW for more ground clearance and lean angle, and they also applied carbon fiber sliders to the cylinder heads, for when you do eventually touch down.

Here's what the seller has to say about the bike:

I can't name another bike that you could track day on one weekend, then mount up the hard bags (not included, but the mounts are) and take a weekend tour the next. $7,600 may seem like a lot for a 10 year old bike, but the Replika was very limited (about 1500 make each year from 2003 to 2005) and a normal R1100S of a similar vintage with more mileage recently sold on eBay for over $6,000 with 20+ bide, so it is probably not far off. You can find it the ad here on Panjo, in State College, PA, but can be shipped anywhere for just $500