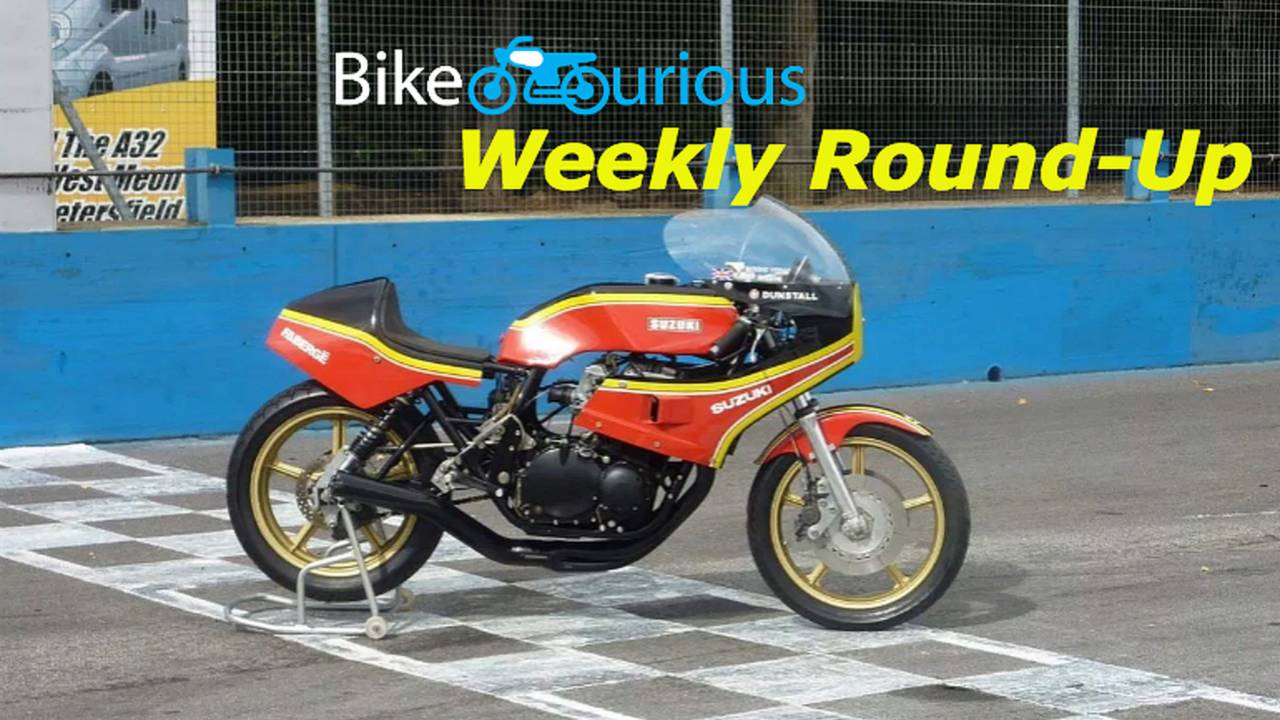 Abhi shares a round-up of Bike-urious' best Bike-uriosities this week!

Welcome to a brand new weekly feature from our friends at Bike-urious.   If you haven't heard of them, then you're in for a treat.  Every day, Bike-urious scrubs the far corners of the interweb to dig up interesting, rare, obscure and wonderful motorcycles for sale from around the world.  So whether you're actually in the market for something amazing, or just like to window shop, you'll get a kick out of our weekly Bike-urious Top 5.

At Bike-urious, we’re spending all of our time finding the most interesting motorcycles that are currently for sale for you to drool over (and maybe empty your wallet for)? So let’s take a look at our 5 favorite offerings for this week!

First, Moto Guzzi’s modern take on the classic V7 Sport – although the cynical riders among you may just look at this as Guzzi’s way of getting rid of leftover stock before the V7-II came out. The Verde Legnano is named after the green bodywork, and it's supposed to bring you back to the first 150 models of the original V7 Sport that were built. Those were called the Telaio Rosso (red frame), and they stood out thanks to a pairing with green bodywork:

This new special edition (of which just 50 were sold) has a similar visual style, but there's a fundamental issue: it lacks a lot of the revisions that came with the V7-II, like a six-speed transmission and ABS. Still, if you’re looking for exclusivity and a paint job that’s love it or hate it, here’s a modern bike for you.

Find this Verde Legnano for sale in Coatesville, Pennsylvania with bidding up to $6,998 and the reserve not yet met here on ebay.

Nowadays, there are several companies trying their hand at the electric motorcycle game. Most of you are familiar with Zero and Brammo (technically Victory now), and some of you are aware of Alta, Lightning, or Mission (RIP). But how many of you had heard of Auranthetic? In the 70s, they produced a small motorcycle that was appropriately named the Charger. The 24V DC motor could hit 25-30 miles per hour and had a range of about 50 miles. While I can’t directly link the development of this bike to the 1973 oil crisis, I think it’s a fair assumption that gas prices would have been a strong selling point for Auranthetic, even if they didn’t sell many of these.

Fun note – the throttle wasn’t linear, instead it had three positions: off, half, and full. Twist the grip a little bit and you’d get 12V, turn it more and eventually you’d feel a click and then get 24V! Have fun modulating the throttle...

Find this Auranthetic Charger for sale in Batavia, Ohio with bidding up to $600 here on eBay.

Bandit9 has made a name for themselves with cool customs based on small Hondas – typically with a limited production run of 9 each. The build prices aren’t completely unreasonable, though shipping from Vietnam doesn’t help. But if you’re currently in England, this example has already been imported for you. It’s still basically new and at a nearly 33% discount off the original price.

Find this Bishop for sale in London, England for $4,681 here on The Bike Shed.

Barry Sheene, Pops Yoshimura, and Heron Suzuki. All those great names come together to make this bike an interesting (and expensive) option. Sheene raced this bike at Oulton Park in 1979, and he placed 2nd – the best result for this bike that year. The bike was prepped by Yoshimura, who gave it bigger valves, high compression pistons, upgraded cams, a stronger clutch, and a close ratio transmission. It sold in 2012 for $35,652 at a Bonhams auction, the seller recommissioned it (but says it still needs new tires), and now he/she wants quite a bit more.

Find this Yoshimura-prepped Suzuki for sale in Aldershot, United Kingdom with a BIN of $59,000 or best offer here on eBay.

For you dirt bike fiends, here’s one of the coolest off-road builds I’ve seen in a while. Jeff Moffet of Oregon Motorcycle Adventures KTM decided to go crazy and somehow shoved a 1994 KTM 550MXC engine into a lightweight 250 Factory Edition frame, meaning you get 70 horsepower in KTM’s latest and greatest production bike chassis. There’s actually parts from 4 KTMs here – 550 MXC motor, 250 SX Factory Edition frame, 640 LC4 brake lever, and 150 SX fuel tank – and it all comes together to create one heck of a build.

Find this rare KTM for sale in Medford, Oregon with bidding up to $7,800 and the reserve not yet met here on eBay.