How to Transform Your Bike for Less Than $500 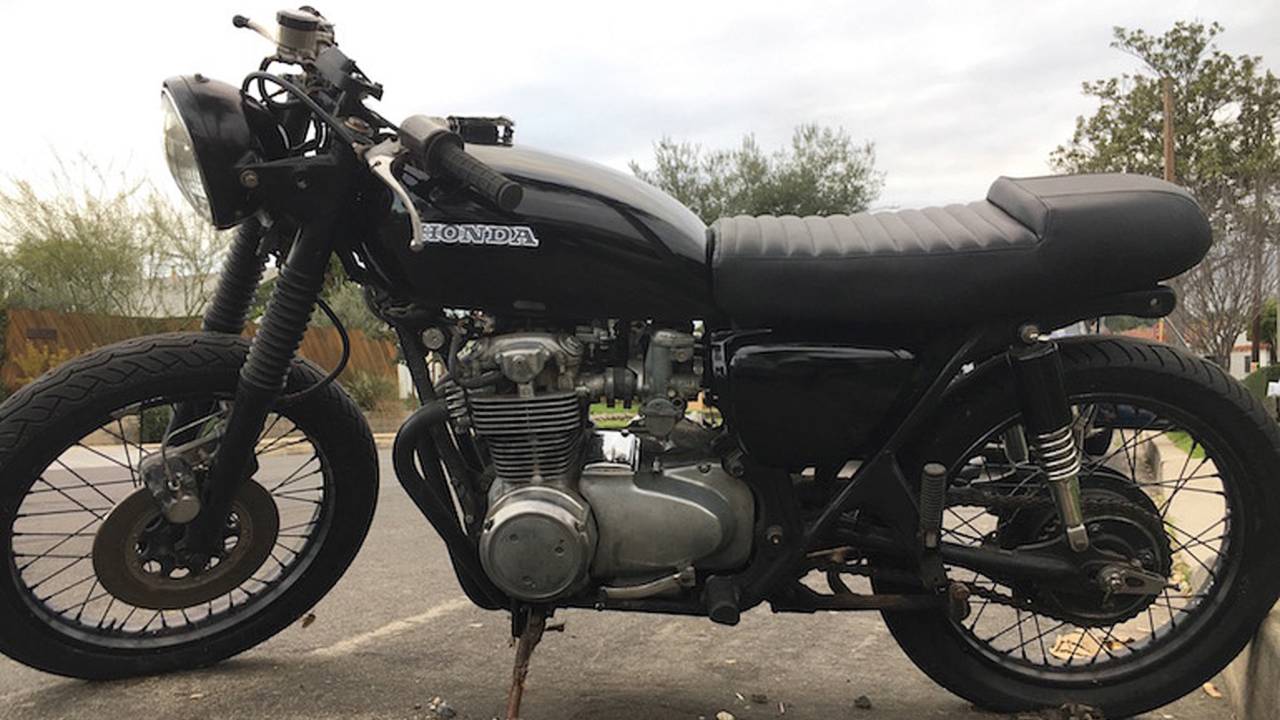 Looking to transform your bike's look but don't have a lot of dough? We've got some inspiration for you.

Behold the Mighty Power of Spray Paint and Bondo

Riding a motorcycle can be a economical transportation solution but just because you have a limited budget doesn’t mean you can’t have a bike that you’re proud to ride.

While being a skilled welder or having years of painting experience can allow for cheap, professional-looking DIY jobs, anyone can transform their ride on the cheap with a little creativity, patience, and determination. Don't get me wrong: I don’t mean to downplay the significance of the mechanical aspects of fixing up a motorcycle, a bike that doesn’t run is pretty useless no matter how good it looks. But setting that aside and only focusing on the cosmetic side of the build, here's how I managed to breathe new life into a basket case of a CB550 for less than $500 with only basic tools.

Craigslist and Los Angeles police auctions have been my long-time go-to places for finding deals on vintage motorcycles. When browsing Craigslist one day I came across a sub-$300 CB550 that seemed like a good project, mostly due to the model and price. Two hours later I was across the city in Compton, proverbially kicking the (flat) tires. After a trip to the ATM and a handshake the bike was mine.

READ MORE: How to Upgrade Your Forks – Make Your Little Bike Feel Like a Big Bike | RideApart

Right away, I knew it was going to need a new headlight, exhaust and seat. After bringing it home in a trailer, my buddy (who I build bikes with) and I got to work stripping the CB down to the frame. The frame was polished along with the wheels (also removed). They were then sprayed with a special matte paint. From there, the suspension, new headlight cover and other various small components were sprayed with a gloss black paint.

With this done the bike was reassembled and the tank and seat became the main focus. These two parts play a major role in the bike’s overall appearance, of course. I spent an afternoon sanding down the tank and doing some Bondo work to smooth out small imperfections until it was ready for painting. I was able to find a set of side plates for the CB on Craigslist to have professionally painted along with the tank. Spray painting gas tanks, even with high-quality paint, often looks chipped and faded after only a few weeks. Professional paint jobs include clear coats and come out much better than DIY jobs. This was one of two areas where i opted to pay for professional work. A set of tank emblems off eBay were a good find that make the bike look more complete.

The seat was the next step. The traditional method for seat replacement on cafe builds is to chop the back of the frame and install a seat hoop – a fabrication that necessitates welding. The addition of a new seat pan is typically required as well, as is buying a new seat itself. Luckily I had a stock CB550 seat from a previous build, albeit in poor condition.

Although the method I used is unorthodox, it worked incredibly well and came out looking remarkably professional. First, I cut the stock leather cover off of the stock seat. From that point I took a razor and shaved down the foam to a new shape with a “cafe hump” on the back fourth of the seat. I then took the reshaped foam (which was still connected to the stock seat pan) to a professional upholsterer, who recovered the seat and stitched in a new pattern with stitching running horizontally up the seat.

READ MORE: How to Wrap Your Exhaust | RideApart

The bike was now taking shape. Everything was painted, the seat was finished and mounted back onto the frame via the stock seat pan. The exhaust that came on the bike when i purchased it had some large irreparable holes so when i came across a black 4-1 exhaust on craigslist for $120, i scooped it up that day. The seller happened to have a flat-track style handlebar for sale that he threw in for an extra $20. This made more sense than the clip-ons I was planning on putting on the CB. New grips were only $20. An LED strip tail light with integrated signals was only $10 on eBay and a friend gave me a vertical license plate bracket that attaches to the rear suspension. An HID headlight was used as it was roughly the same price as a normal one. The removal of the instrument cluster cleaned up the front of the bike. The stock indicator lights are still in place, though.

Having a mental image of what you want the bike to look like before starting the build is important. I'm personally a big fan of cafe racers. That, combined with my appreciation for “stealth” bikes and gear, was my inspiration for this build. With the other bikes and projects in my life, I knew I didn’t have a lot of resources to put into this build but nonetheless I've built a bike that I’m proud to ride to even the hippest Silverlake/Echo Park coffee shops.

In total, no more than $500 was spent on cosmetically redoing this build, including the exhaust. It was, in total, a nine-month build. I’m pretty content with how it turned out. Here is a list of the modifications and the prices.