Everything you need to know about the annual Pikes Peak International Hill Climb is right here.

The Pikes Peak International Hill Climb (PPIHC) is an American race event held every summer in Cascade, Colorado, near Colorado Springs. The actual race takes place on the 12.42-mile road that winds up the 14,110-foot summit of Pikes Peak, which just happens to be the second highest mountain in the Colorado Rockies. That’s nearly 3 miles above sea level – a test for both riders and their machines.

The race features a collection of different classes permitting cars, trucks, motorcycles and quads, which means that far more competitors line up at the starting line of Pikes Peak than most other motorsport events. One by one, competitors race against the clock as they navigate the course's 156 turns in hopes of getting the fastest time in their category. After practice sessions are wrapped-up, racers only get one shot at the course, leading to the event being described as: “the art of producing the perfect performance.”

In November 1806, Lt. Zebulon Montgomery Pike traveled from near what is today Pueblo, Colorado, in an attempt to summit the mountain. Ultimately a blizzard rendered his efforts useless and he was forced back down. A clearly defeated Lt. Pike stated that “no man would ever reach the 14,110-foot summit,” which sounds ridiculous today, but for whatever reason the famous mountain now bears the man’s name.

Around the turn of the 18th century the sport of hill climbing emerged from France. Though there are different types of hill climbing, the basic principle remains the same; starting from the bottom (or a lower part) of a hill, racers attempt to be the fastest to the top. The sport quickly spread to other parts of Europe until eventually making its way to America.

In the early 1900s, Spencer Penrose converted the narrow dirt path traveling up the mountain, primarily traveled by carriages at the time, into the wider Pikes Peak Highway we have today. In an effort to promote the mountain as a tourist attraction, “The Race to the Clouds” was organized with the now-famous event’s inaugural race being held in 1916. The winner of the first (then called the) Penrose Trophy, was Rea Lentz. Lentz won with a time of 20:55.6.

The race has been self-sanctioned since its inception. 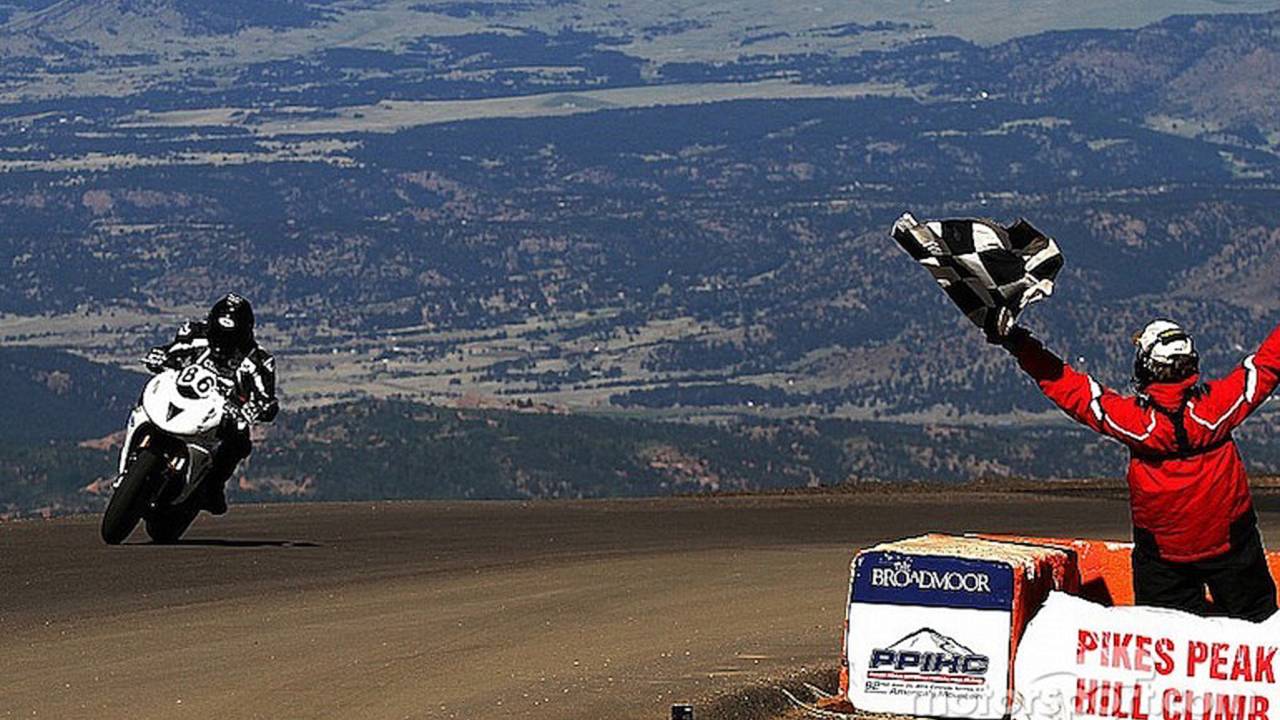 As the years went on, the surrounding area’s populations began to increase, along with the hill climb’s popularity. From 1946 to 1970, the Pikes Peak Hill Climb was even part of the AAA and USAC Indy Car Championship, which further cemented its place in motorsport history. In the mid-1980s Pikes Peak started to garner attention globally with the first European competitors trying their luck. Though Europeans had won individual class events, none had set a new record time until 1988 when former World Rally Champion Ari Vatanen of Finland made history in his Peugeot 405 Turbo-16. This helped the event gain more international exposure, giving it increasingly more prestige in the global race and rally communities.

Another important chapter in Pikes Peak history was the actual paving of the highway. In 2002 the city of Colorado Springs was forced to start paving the road to the summit as a result of a lawsuit brought on by the Sierra Club. In accordance with the lawsuit, the city was responsible for paving roughly 10 percent of the highway every year until it was paved in its entirety. This led to a handful of years where the event consisted of dirt and gravel sections as well as paved roads. 2011 was the last year with any dirt or gravel sections.

The PPIHC is held in early summer after the mountain's snow has melted. The race starts in a wooded picnic area at 9,390 feet and ascends up the mountain at a gradient of 10 percent. The finish line at the mountain’s summit is well above the tree-line, so the views are some of the most spectacular in all of racing. A series of winding roads and countless switchbacks and hairpins make up the course. On average, about 130 competitors show up every year. There’s a class for everything from modest backyard DIY builds, raced by their builder, to full factory race vehicles with mechanic and support teams, piloted by professional racers. Pikes Peak has become a bucket-list race for world champions of all types.

Through the years the PPIHC has permitted quite a few different vehicle classes. As of 2016, the current classes are diverse and include everything from motorcycles to Indy cars and dune buggies to quads and electric production cars and bikes. The divisions right now are as follows: 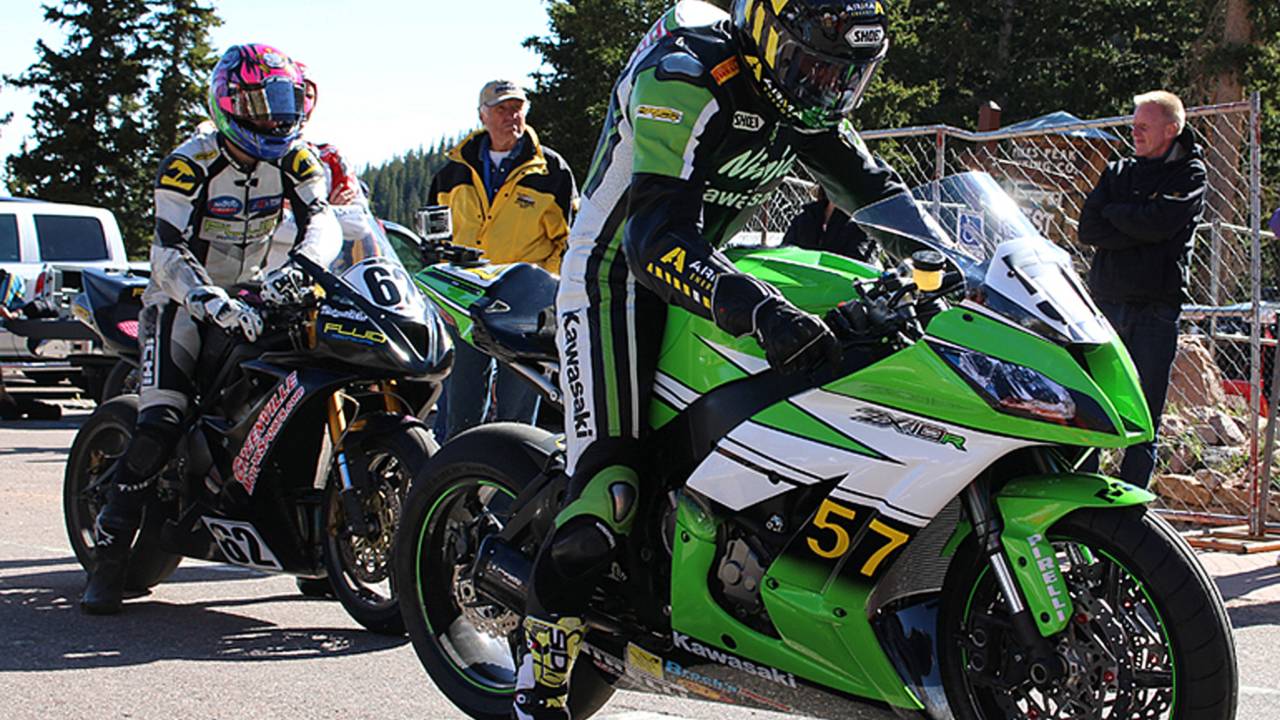 The current outright course record is held by French Rally star Sebastian Loeb, who set an all-time fastest record of 8:13.878 in June 2013 in his 875hp Peugeot 208 T16. Loeb’s amazing time shattered the previous record, which had been set in 2011. The current two-wheel overall record was set aboard a 2013 Kawasaki ZX-10R piloted by American rider Jeremy Toye, with a time of 9:58.687.

The PPIHC is fully embraced by the Cascade and Colorado Springs communities. While the influx of money obviously benefits their economies, the race has always been thoroughly appreciated by locals. The day before the races the vehicles competing are all on display in downtown Colorado Springs, an exhibition that sees a large turnout every year.

Why Pikes Peak is Unique

Pikes Peak has a long list of factors that make it a particularly noteworthy event in the motorsport world. One of the biggest is the altitude at which the event takes place. With the starting line set around 8,000 ft, the air is noticeably thinner and consequently has serious effects on both machines and their pilots.

Engines work by combining air and fuel in their cylinders, which is then ignited by a spark plug that consequently drives a piston that powers the engine. The lower oxygen levels found at Pikes Peak reduces how explosive the air/fuel mixture is. Because of this, the standard internal combustion engine loses around one third of its power. Many competitors get around this setback by fitting a turbocharger. Turbochargers increase the air pressure going into the engine’s cylinder. 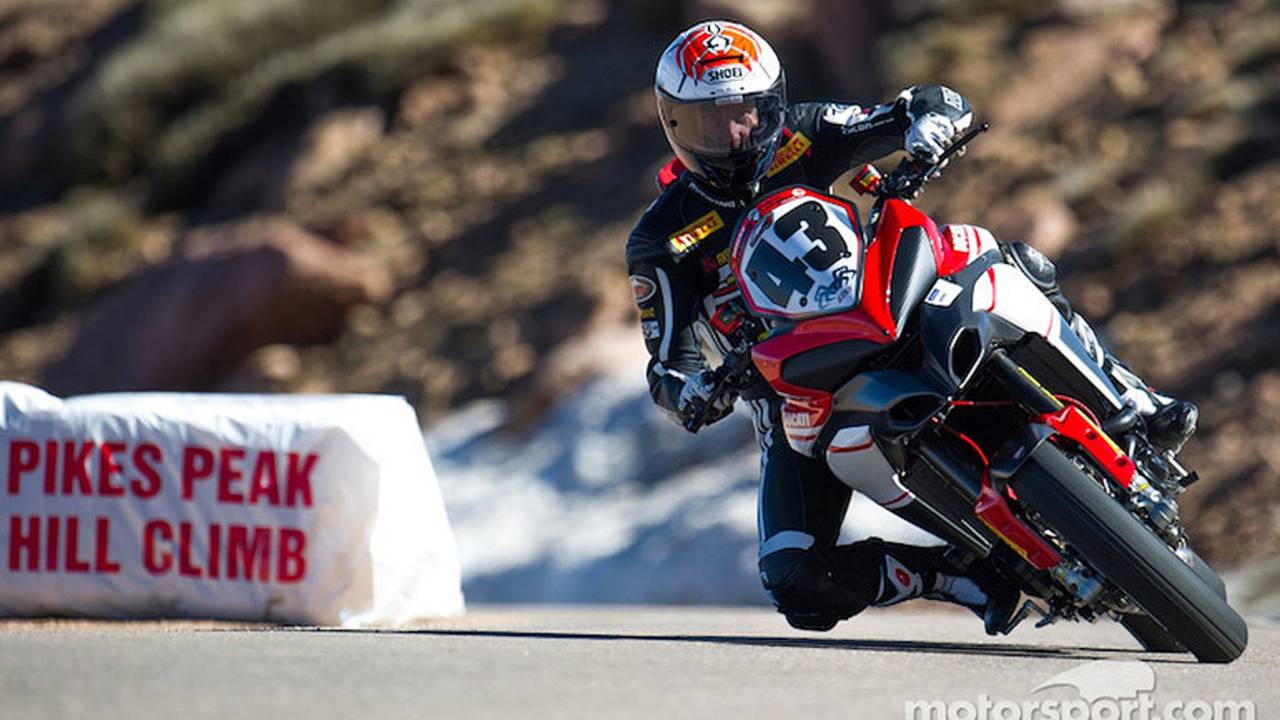 In addition to the toll the elevation takes on race machinery, it also has a profound effect on the competitors. Racers get less oxygen, which can quickly result in muscle fatigue and impair mental function by around 30 percent, according to research done at the University of Kent. Adding to this are the physical requirements of the hill climb. With so many switchbacks and twisty roads up the mountain, there are very few straight sections, which would traditionally allow racers to catch their breath and briefly relax before braking into the next turn. The PPIHC is just as much a test of physical prowess as it is a test of one's driving/riding skills. Many professional teams supply their drivers with oxygen in an effort to counter the effects of the altitude.

Another interesting challenge of racing at Pikes Peak is the task of familiarizing yourself with the course’s 156 turns. Many sections look remarkably similar, making it harder to memorize (especially when deprived of oxygen). On top of this, many racers' practice sessions take place in the early hours of the morning before the sun is up. The PPIHC takes place on public roads, so allowing racers to practice during daylight hours is difficult.

For a race event that is littered with steep cliff drop-offs along one side of almost every turn, it is surprising how few lives have been lost. To date there have been six recorded deaths at Pikes Peak. Two drivers, three motorcyclists and one race official make up the list of fatalities. The most recent being when Carl Sorensen, who went off of a cliff during practice sessions in 2015. One of the most publicized and tragic losses of life on the mountain took place in 2014 when motorcycle racer Bobby Goodin went off of a cliff moments after crossing the finish line at the summit aboard his 2014 Triumph Daytona 675R. This was the event's first death to take place at the summit.

The Pikes Peak International Hill Climb has become a common name among motorsport enthusiasts due to its unique features and the many different types of vehicle classes. For that reason it is appealing to almost every motorsport enthusiast. It’s one of the few events that has something for almost every motorsport fan, no doubt adding to its popularity. America’s Mountain – as it’s known by some – has had a rich history, and will see its 101st year of competition when the event next gets under way on June 25, 2017. 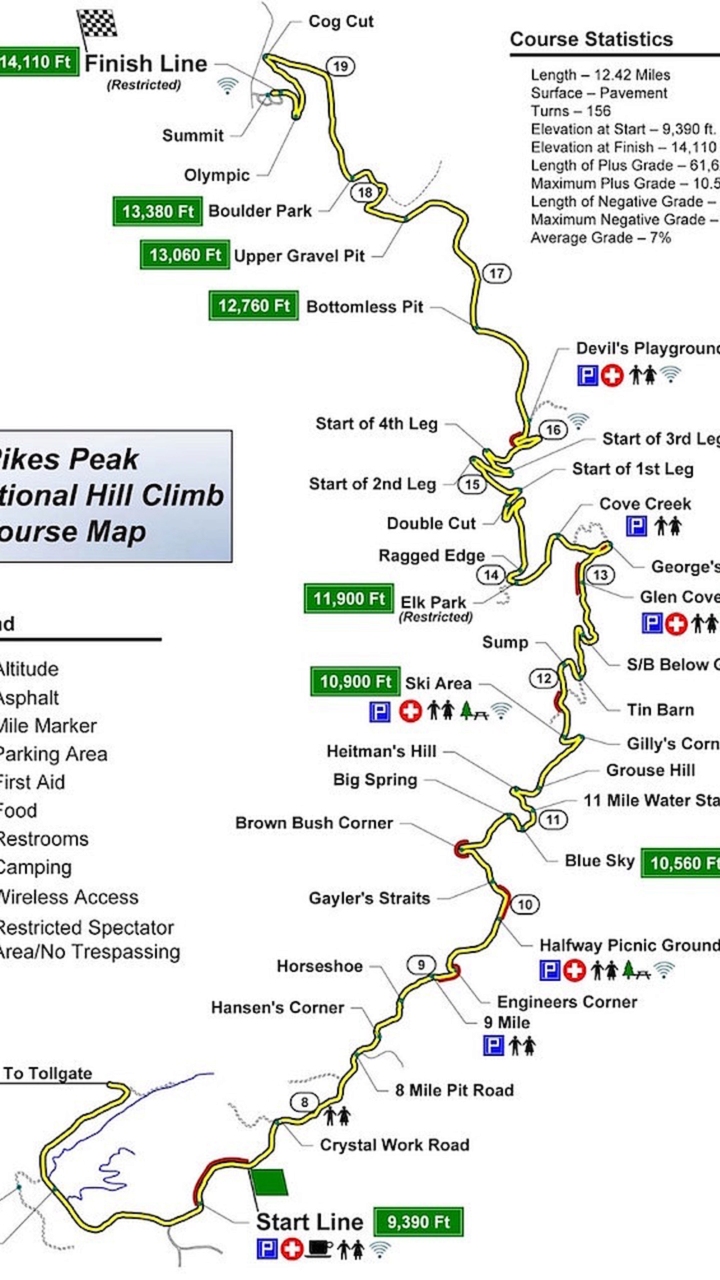