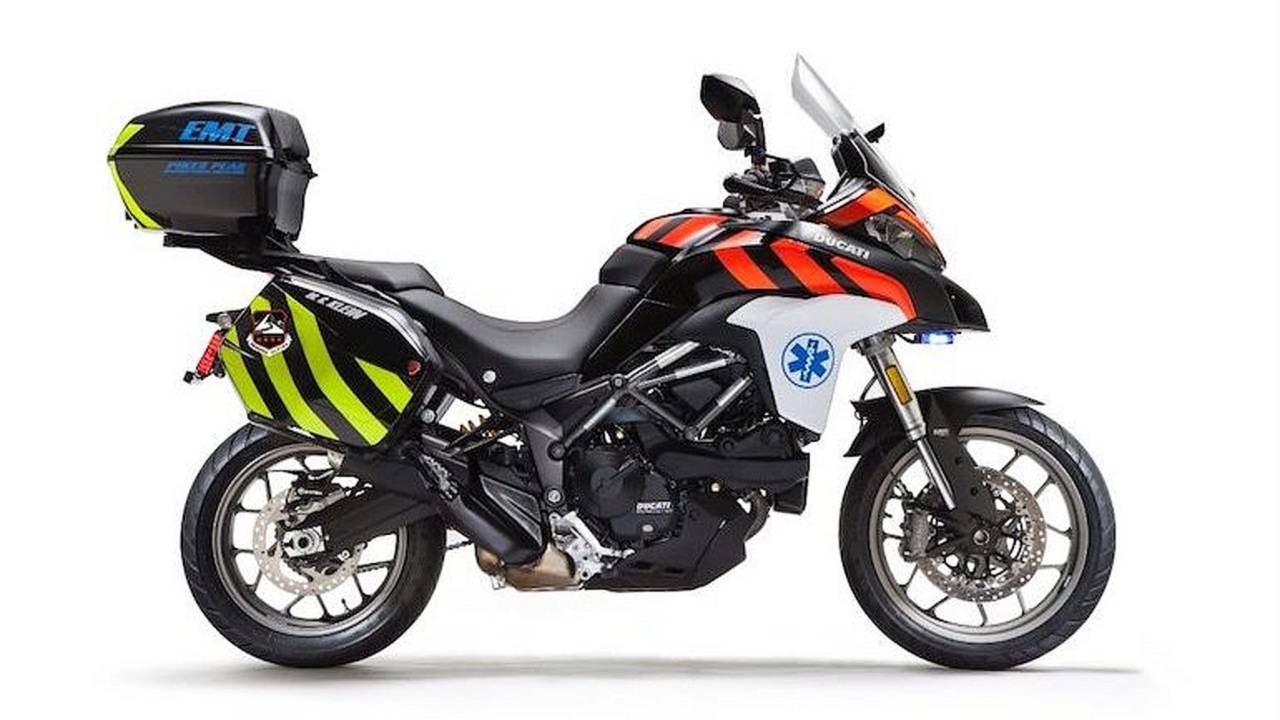 Ducati is working to improve the safety of one of the world's most notoriously dangerous races, the Pikes Peak International Hill Climb.

Ducati has announced it will be utilizing emergency medical technicians aboard Multistrada 950 motorcycles for the upcoming 2017 Pikes Peak International Hill Climb.

Ducati, which is the official motorcycle-sponsor for PPIHC, will be adding these two-wheeling medics to the brand’s Race Smart program introduced in 2016. The Italian manufacturer’s Race Smart program capitalizes on the knowledge and experience of former champions to help all current competitors to be as prepared for the 156-turn course. The group of Pikes Peak experts giving their advice is a group of rider coaches known as the “Pikes Peak Squadra Alpina” (Italian for "Alpine Team").

CEO of Ducati North America Jason Chinnock said: “In the program’s first year, we saw all of the racers who were mentored through the Race Smart program improve their results and race with confidence up Pikes Peak to the finish. For 2017, we saw an opportunity to further enhance the safety of all participants by incorporating moto-EMTs for rapid response in the case of a course incident. This is extremely important when the emergency support teams are covering a course of more than 12 miles up a mountain peak.”

Because PPIHC takes place on public roads instead of a purpose-built racing venue, it lacks safety amenities such as run off areas and padded walls. The mountain’s road features countless steep drop-offs as well as thousands of trees (below the tree line) and boulders, all of which make the timed race that much more dangerous. While obviously different in many ways, Pikes Peak does share many major similarities with road racing in the British Isles where doctors have been riding motorcycles at races in order to reach injured riders much quicker than a traditional ambulance could. Early intervention can often make the difference between a rider living and dying.

Ducati has had a successful nine-year involvement with PPIHC

Dr. Gary Klein, an experienced race-physician and member of the safety team at PPIHC, along with Duxton Milam, a veteran National Guard flight medic with two decades of EMT experience, will be piloting the Multistradas for the 95h running of the iconic climb to the 14,115-foot summit. In addition to their medical expertise, both Klein and Milam are skilled riders, which make them the perfect candidates for this new role. The specially outfitted Multistrada 950s are equipped with myriad supplies to aid Milam and Klein in their duties over the course of the “Race to the Clouds.”

Ducati has been involved in the mountainous Colorado-based race since 2008 and has since gone on to secure six victories, as well as holding the all-time course record of 9:52:819, a success accomplished aboard a 2012 Multistrada 1200 S.