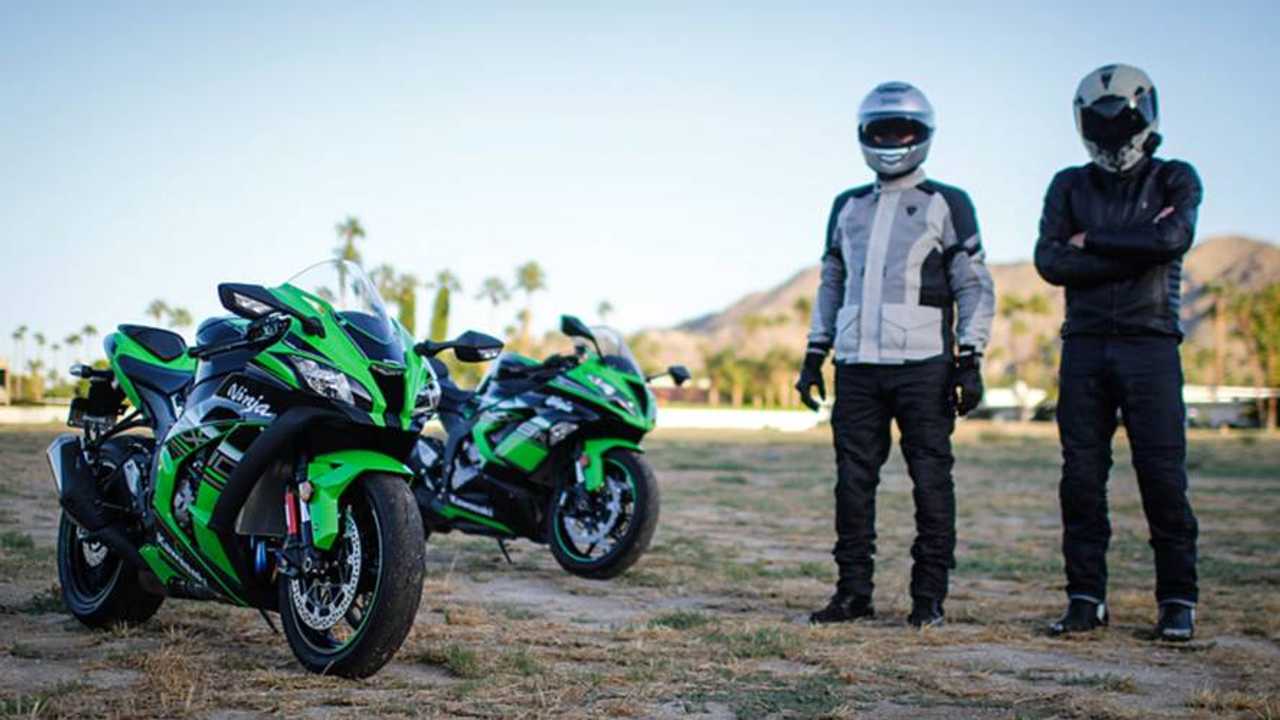 This week on Perpetual Motion, Justin asks if we're happy with our motorcycle selves or if we're an individual just like everyone else.

Why we stop playing pirate and embrace our inner MC-self

For many, the idea of something is often as satisfying as the thing itself. As an example, I know all of the alpha destinations associated with Harley-Davidson's line of big motor small frame Dyna bikes. Why? Because I want one, or so I think. I go through the 'Grams, bookmarking the bikes which satisfy my burgeoning desire to be that dude, i.e. the one with the ten-inch T bars, Club Style fairing and paint matched Simpson helmet. Yet the trigger remains un-pulled and my garage remains devoid of Davidson.

Why? Because like so many people, I yearn for a thing and am happy knowing all about it without owning it. Not yet at least. Conversely, I could own the thing and not use the thing, like countless Americans with big, glossy baggers in their garage. A few months ago, I helped my recently retired uncle sell his Street Glide. He owned it, rode it rarely, but was satisfied knowing it was in the garage and available for beer-aided petting sessions when his bros came ‘round to BBQ.

Another example of this phenomenon comes in the form of costuming. Cccasionally, and only for short sprints in the summer months my aforementioned uncle—the Vice President of a prominent company—would pull on his black leather engineer boots, cover his cabeza in a bandanna, and fire up his Harley. Again, satisfied feeling a part of something—or at least seeming to be. Like me and my Dyna bookmarks on Instagram, or the fact that what I wear when riding depends on the kind of bike I'm on. It's a conscious decision to look a certain way—I dress one way if I'm going to ride an ADV bike, and another way if I'm going to ride an Italian sport bike.

So, I wonder, why do we associate happiness with conformity? Satisfaction with association or ownership? I'm not alone in the idea that 'owning' or 'appearing' can often bring a greater level of gratification than 'doing' or 'being' the thing itself. Because let's be honest, sometimes you want to play pirate, or space trooper or handsome Italian go-fast guy, or a bro-y, take-no-shit flatbiller on an FXR.

In an effort to better understand, I'd like to take ten steps back and try to sort out the psychology behind wishing and was-ing. Should we blame our have-everything-all-the-time culture wherein we can see, acquire, and emulate whatever is fixed on our cultural radar at any given time? Did the forefathers of cultural cool measure themselves against a pre-existing playbook? I'd like to think no, and that cultural phenomena occur naturally and randomly based on circumstances surrounding a subculture or an industry.

Hot Rods, as an example, were how guys getting home from WWII got to go fast. Steve McQueen is another example. His everlasting cool can be associated with his desire to do dope shit—race motorcycles in Baja, drive race cars, drive Jaguars off-road, etc. If you were to look subjectively at McQueen's lifestyle, you'd notice he was always using the latest and greatest. A scene from On Any Sunday, where McQueen is getting ready to race Glen Helen—or maybe the Catalina GP?— wearing an open-faced helmet and a visor with these weird little wings on it. Those little wings were there as an attempt to make the the lid, and McQueen, a bit more aerodynamic. They weren't there for looks, and McQueen certainly didn't care about looking cool on the track. Instead they were there to increase his ability to go fast, and, perhaps, to win. Now though, the latest iteration of motorcycle enthusiasts clamor for a classic McQueen aesthetic, one which was originally intended to be a performance enhancer. I can't help but think that if Steve lived contemporaneously he'd be wearing a carbon fiber helmet, the latest leathers, and looking for ways to shave seconds off a lap, not make the pages of ‘Teen Heart Crush,’ or whatever.

To assume that what you want and what you need are synonymous is the same silliness that leads people to buy into big mortgages and then freak out a few years later, sell everything, and live in a van instead. Instead of diving head first into a lifestyle choice based on Instagram and YouTube videos you've been bingeing on, maybe just play pretend for a while and see how things shake out? Or is it just as bad as buying into the bullshit, putting on the proverbial costume, and playing pirate from Friday ‘til you go back to your office at 08:00?

CHECK OUT: Perpetual Motion: How I Came Around to Harley-Davidson

Don’t worry, I’m as confused as you are. What I do know, however, is authenticity comes naturally. You can’t force cool. Sometimes, though, what you want and who you really are don’t vibe.That’s alright, because the look or style or culture you’ve been obsessing over probably isn’t who or what you’ll be happy with. Maybe you’re just a motorcyclist, and this is also alright. Because being a motorcyclist is much cooler than being like most people, right?