How it Works: The Motorcycle Clutch 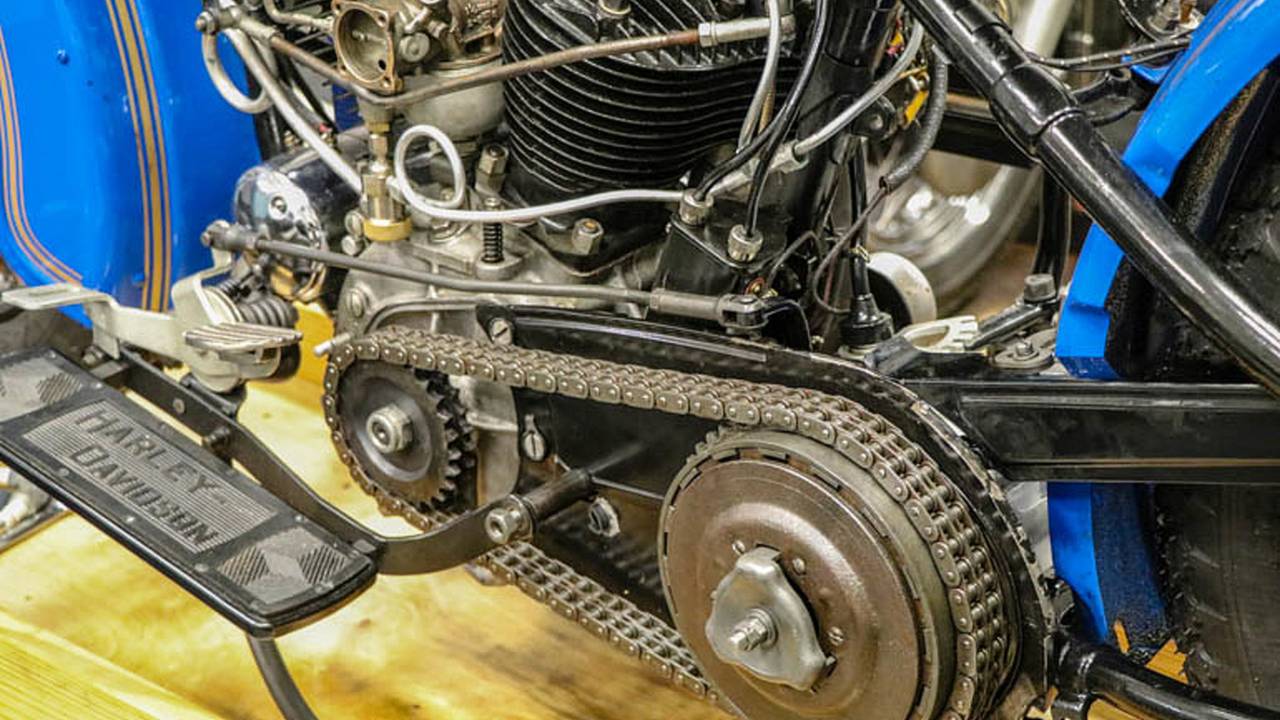 In his latest missive from the shop, Panhead Jim lays out for us the ins and outs of a motorcycle's clutch - how it works and why it's such a complex item.

Wherein we explore the mysteries of a motorcycle clutch

Whether you are using your foot or your hand to operate it, we all know that when you engage the clutch our motorcycle engines are able to transfer power to the transmission and ultimately to the rear wheel. What actually happens when we engage or disengage the clutch can be a bit of a mystery, but I'm going to take you through the basics of how a clutch operates using my 1933 Harley-Davidson VL as an example. While this machine uses a foot operated clutch instead of the modern style hand operated one, the principles of operation are still the same.

CHECK OUT: How It Works: The Motorcycle Kickstarter

Once the plates are stacked together, they are mounted between the drive disc and the releasing disc. These are basically a top and bottom plate which are machined smooth so that the fiber plates can ride against them just like they ride against other steel plates in the stack. On my VL, the releasing disc is shaped like a top hat that is keyed to the steel plates. You'll also note three alignment dowels that keep the drive disc and releasing disc locked together when assembled.

Fiber plates and steel plates stacked on the releasing disc

Once the drive disc is placed on top of the above stack of plates, spring loaded screws are used to hold the entire unit together. The screws pass through both the drive and releasing discs before threading into three clutch spring nut sectors. This design keeps everything aligned, but also allows for movement between the drive disc and the releasing disc. The clutch springs provide the friction between the fiber plates and the steel plates by sandwiching them between the drive disc and the releasing disc. When the clutch is engaged, the spring pressure is strong enough to hold all the plates together without any slippage. Remember that the fiber plates are not locked to anything, so without this pressure they could spin. As you would expect, spring pressure is matched to the horsepower/torque of the motor, so if you upgrade the performance of your motor you often need to use stiffer springs to keep the plates from slipping. As the fiber plates wear over time, the clutch spring screws can be tightened to take up slop and restore spring pressure. This entire unit is often referred to as a clutch pack.

So now we have a complete clutch where the steel plates are locked to the releasing disc, the fiber plates are locked to the clutch basket, and the whole thing is spinning around via a chain attached to the engine. This entire assembly is mounted on a set of roller bearings that rides on the transmission's mainshaft. The mainshaft also has a keyway (yes, another keyway) that locks the drive disc to the mainshaft. This is the typical state of the clutch when the lever or foot pedal is released and the clutch is engaged. With everything locked together, the engine turns the clutch basket, which turns the clutch pack inside of it, which turns the mainshaft on the transmission.

Clutch connected to the engine

To disengage the clutch, the clutch plates need to be separated from one another. Since the fiber plates are locked to the clutch basket and the steel plates are locked to the releasing disc, if the plates are pushed apart the clutch basket can continue to spin while the steel plates, releasing disc, and drive disc are all stationary. Once the drive disc stops spinning, the mainshaft also ceases to move and no more power is being transmitted from the engine to the transmission. To accomplish this on my VL, there is a rod which goes through the mainshaft, known as the clutch pull rod. On the clutch side of the transmission, it is attached to a three legged actuating plate whose legs pass through slots in the drive disc and press against the releasing disc.

Close up of the clutch actuating plate

CHECK OUT: Show Me Your War Face - A Day at the War Run

Position of clutch components when the clutch is engaged

It is somewhat surprising just how complex a clutch system can be. Even on my VL, which was designed over 80 years ago, there was a lot of engineering that went into building an operational system. If you have ever had issues with your own clutch, this should give you some insight into just how difficult it can be to successfully diagnose the problem correctly, especially on higher mileage machines. The next time you pull in your clutch lever just take a moment to consider all the operations it takes to disengage the engine from the transmission just so you can shift gears.