Bonhams auctions routinely see some of the world's very finest motorcycle examples come across its auction block. The upcoming Spring Stafford Sale on April 22, 2018 is no different, and dozens of elite two-wheelers will take their turns going up on stage to fetch obnoxious amounts of money. One particularly noteworthy example is a 1957 ex-works Mondial DOHC 250cc racer that was used to win the '57 Isle of Man TT and the season's World Championship.

Mondial first opened its doors in the late 1920s, but it wouldn’t be until after WW2 that the Italian outfit would turn its attention to motorcycles. The company’s core belief at the start was that four-stroke engines possessed the chops to take on the two-stroke machines that reigned supreme at the time. An all-aluminum, unit construction, 123cc single with twin overhead camshafts was built, and despite many of the other components on the mount being subpar—such as its rudimentary duplex cradle frame, girder forks, and plunger rear suspension—the little runner’s 11 horsepower output combined with its sub-200 pound dry weight made it a competent competitor.

The racer made its debut in the 1948 season and helped works rider Nello Pagani win the Italian GP. The following season the bike was revised and given an extra two horsepower, enough for Pagani to win Mondial its first world championship. By its sophomore season of racing, Mondial was an established force to be reckoned with.

The next half-decade would see Mondial struggle to recapture its earlier, albeit brief, dominance, though they did remain relatively competitive. Italian rider Tarquinio Provini — who was awarded a spot on Mondial’s works team in ’54 after successfully competing in the Italian national racing's 125cc class — was supposed to turn things around for Mondial but couldn’t. However things would change in ’57, after signing Cecil Sandford to ride for Mondial’s works team in the 250 class. 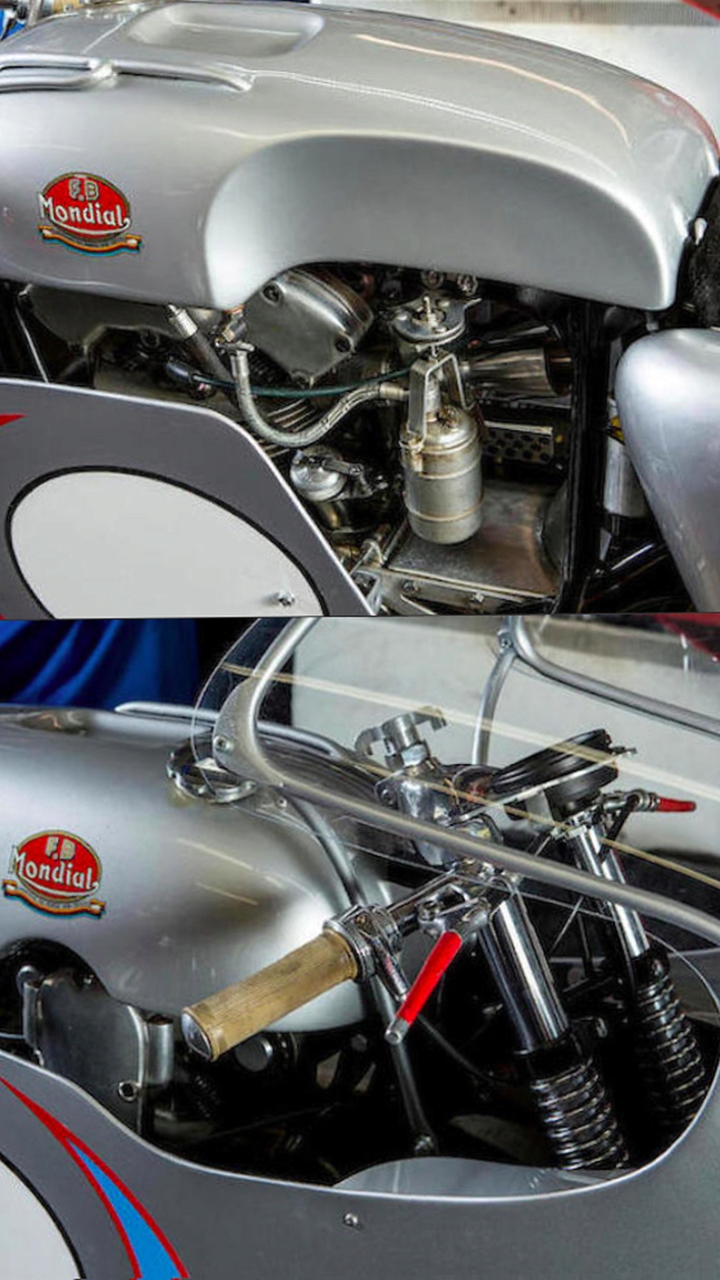 The Mondial up close and personal.

That year the company again revised its single and developed a brand new 246cc mill. In ’57 Mondial also introduced a new power plant with gear driven camshafts instead of the previous engine’s vertical shaft-driven cams. Sandford took a liking to the engine, and the two together proved to be a recipe for success. Sandford earned Mondial a world title that year in the 250 class, winning both the ’57 TT and the Ulster GP.

The motorcycle that Sandford piloted in the ’57 season wound up getting sold off when the factory eventually closed, with three examples—one of which was Sanford’s bike; frame and engine number 111—ending up in Venezuela where they were raced by 16-time national champion, Adamo Tursini. After Tursini was done making use of the trio of factory works machines, they were sold in the ‘80s to an Italian collector by the name of Francesco Bazzani. Bazzani brought the bikes form Caracas back to Italy where he got the ball rolling on restoring the Mondials. 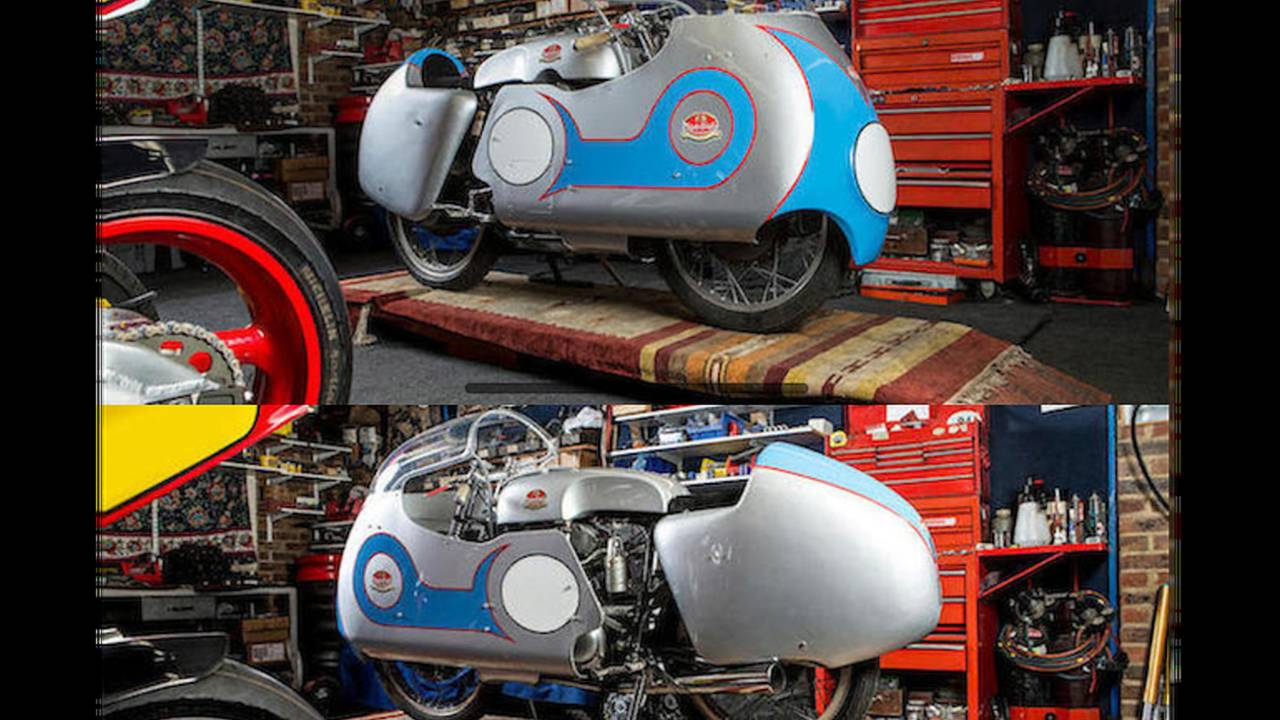 forward and rear side views of the 1957 Mondial Racer

Though Mondial works racer 111 was a bit weathered and dinged up, it still bore its factory components and original aluminum dustbin fairing. Bazzani utilized some of the very best mechanics and restoration experts for the project, calling on senior ex-Mondial engineers Mr Biavati and Mr Gilli to handle the task of rebuilding the engine, chassis, and running gear. The dustbin bodywork was restored by Mr Ciriegi of Bologna, the very same person who originally built them for Mondial back in the 1950s. Lastly the fairing was given a new coat of paint by renowned Italian paint shop Bonvicini of Modena, though the inside of the panels have been left in the original state.

Bazzani eventually sold the 111 bike back in 2014 to the father of the example’s current vendor. The #111 ex-works, Cecil Sandford, World Championship-winning, 1957 F.B. Mondial 250cc DOHC Grand Prix Racing Motorcycle is expected to go for between $110K and $170K