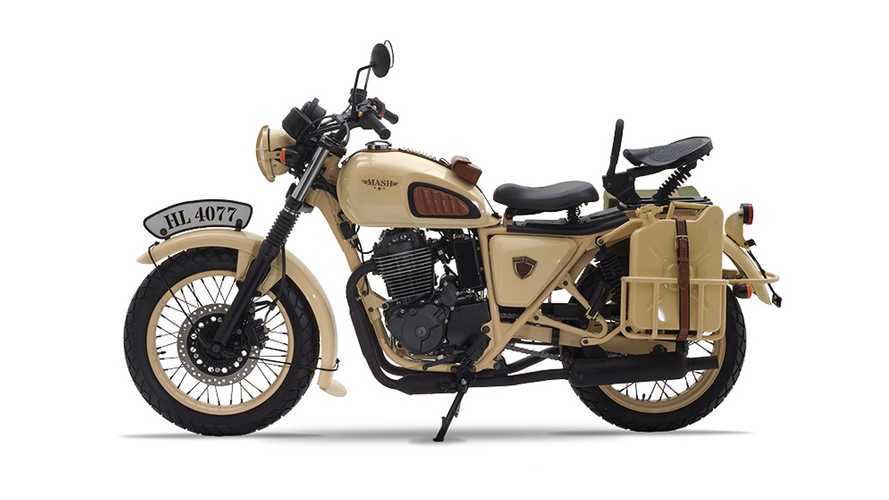 The motorcycle industry has an ingrained love for the vintage aesthetic. It’s no wonder we’re all so interested in everything that brands like Triumph, Royal Enfield, and even Jawa are up to. There’s something undeniably cool about watching a new bike that looks 50 years old stroll down the road.

If we were in Europe, there’s another brand we’d have to add to our watch list. French motorcycle maker Mash has a knack for the retro with a lineup of small-displacement scramblers, café racers, and UJM-looking models that (mostly) sell for under $10,000. Mash took the whole “retro” thing a step further with the launch of the Désert Force 400 that looks fresh off an Indiana Jones movie set.

Mash X-Ride 650 Classic Wears Its Influences On Its Everything
⠀

The Désert Force’s design was inspired by 50s and 60s American military bikes, resulting in a sandy spin off of the Mash Force 400 introduced in 2019. Just like last year’s model, the Désert Force takes the notion of retro styling to new heights.

From the wire spoke wheels, front-fender plate, and spring-mounted saddles to the pea-shooter exhaust and side-mounted jerrycan, it hardly gets more delightfully vintage than this. While 2019’s Force 400 rocked an army-green livery with contrasting white accents, and tan leather saddle bags and knee pads, the Désert Force 400 is its desert raider counterpart, clad in a beige, black, and tan color scheme with a green saddle bag.

As for the firepower, the bike is runs on Mash’s 397cc, air-cooled single-cylinder engine. There isn’t a whole lot of information available about the model’s other specs but we know that it’s equipped with the ABS (which can be disconnected, not deactivated), the pillion seat is standard, and it weighs in at a tiny 333 pounds dry. Don’t worry too much about comfort—the spring-mounted saddle might look both rad and gnarly, but there's also a proper pair of shocks at the back.

Now there’s good news and there’s bad news. The good news is that the bike sells for only €4,995 (US$5,480). The bad news is that only 103 units will be available and that there are no distributors in the States. You can join our sulking party, we’ll be here all night.