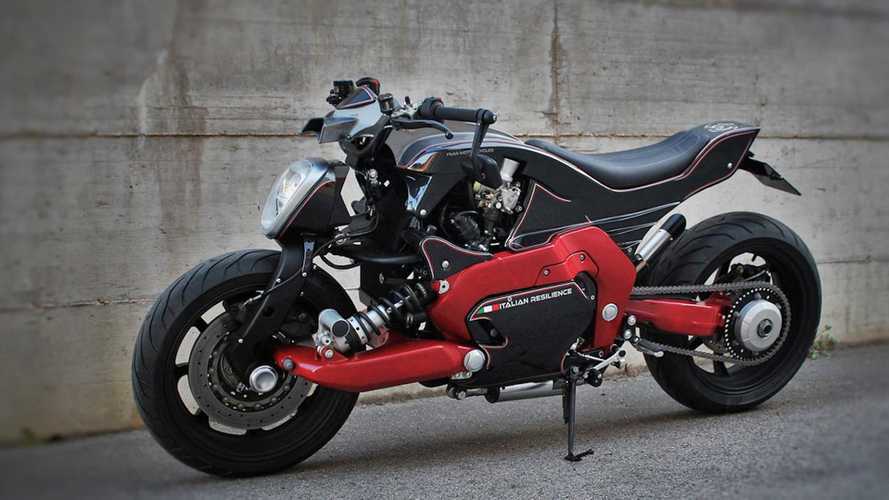 More than just a custom bike, a symbol.

What do you do when you’re confined to your garage during a lockdown caused by a global pandemic? When you’re Italian custom bike builder Lorenzo Frugaroli, you get creative and build a custom motorcycle, of course. While you’re at it, you might as well draw inspiration from the situation and dedicate this special build to your people as a testament to its resilience.

That’s exactly what Frugaroli did with his “Italian Resilience” project, built from a stripped down 1993 Yamaha GTS 1000. Now, if there’s one Yamaha you should remember, it’s this one. The GTS was a short-lived sport-tourer that featured a quirky front swingarm instead of a fork. Whether you think it’s really cool or just plain weird—either way, you likely have an opinion about it.

This Custom Yamaha XS360 Looks Like A Factory Fresh Beauty

The builder beefed up the front suspension by swapping the original shock with a spring grafted from a Yamaha YZF-R6. At the back, the dual-sided swingarm was replaced altogether by a single-sided unit borrowed from a Honda VFR, teamed with a Buell Cyclone Showa shock. Not even the wheels are original: Frugaroli combined the spokes of a Honda NSR with the rims of a VFR to create an entirely new—and very custom—set of wheels.

The GTS’s 1000cc inline-four remained untouched but the electronic fuel injection (EFI) was replaced by a rack of carburetors taken from a 1987 Yahama FZR 1000—a logical pairing considering the GTS used a modified version of the FZR’s engine.

With the now bulkier engine, the designer had to figure out a way to accommodate the carbs so he chose to remove the fuel tank which he replaced by a purely aesthetic fairing component. He added a small plexiglass window on the righthand side, offering a peek at two of the carburetors. A new tank was integrated into the custom tail unit.

Now that the bike is completed, Frugaroli plans to enter it in the AMD World Championship of Custom Bike Building set to take place in October 2020—assuming it won’t be postponed or cancelled like most other events on the 2020 calendar. You can check out all the pictures on Inazuma Café.