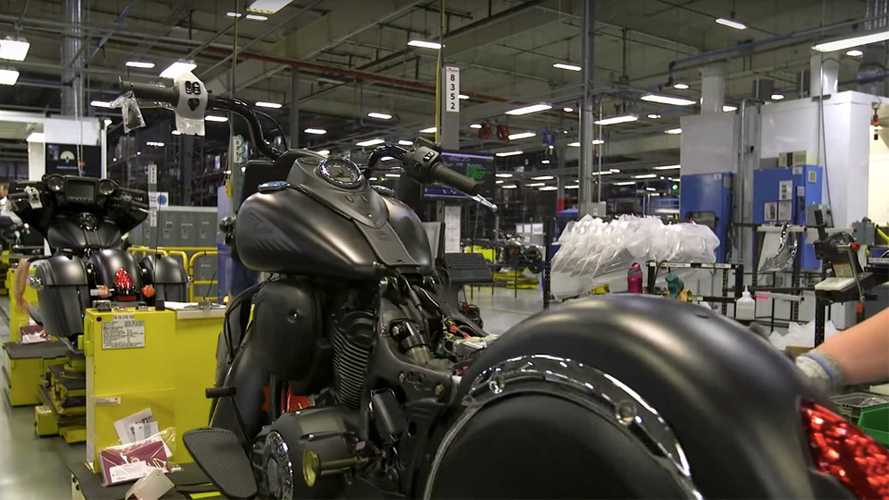 The Americans coming to a halt.

UPDATE March 26, 2020: A week after Harley-Davidson announced it would suspend production in the U.S., Polaris now confirms that it will also temporarily shut down two oversea facilities and five U.S.-based plants, including the Spirit Lake Indian Motorcycles plant. About 650 workers are affected.

The Motorcycle Industry On Pause:

According to the initial report, the hiatus is set to last a week. In the meantime, the company said it would adjust its operations to the current market's austerity. The company will ship any completed vehicle to dealers and continue to produce vehicles deemed essential, including those built for the U.S. military.

The list of motorcycle manufacturers temporarily suspending their activities to help slow down the spread of the novel coronavirus keeps growing. In Europe, almost all companies have either closed their facilities or reorganized their internal procedures to respect the authorities’ health and safety recommendations. From KTM to Ducati, the European motorcycle industry has almost come to a standstill. Similar measures are now being taken stateside as Harley-Davidson becomes the first American motorcycle giant to take action and announce that its U.S. production will be put on hold until the end of the month.

Harley confirmed that it suspended most of its activities after one of its Menomonee Falls employees tested positive for the COVID-19, which prompted the shutdown of the Pilgrim Road facility on Wednesday afternoon. Activities at the Tomahawk, Wisconsin, and York, Pennsylvania, facilities have also been suspended.

As things currently stand, the hiatus is expected to last through March 29, a decision that affects close to 2,000 employees. The manufacturer will take advantage of the downtime to gets its facilities’ production and public areas sanitized and disinfected.

Already on Monday, the company asked all Milwaukee HQ and product development center’s employees who can to work remotely, at least until the end of March. All the company-sponsored events scheduled through mid-April have also been canceled. As for the assembly lines workers affected by the production hiatus, local media reports that they will be placed on temporary layoff but will still have access to their medical coverage.

There is no confirmation yet of the impact the shutdown will have on the motorcycle industry nor whether the suspensions will have to be extended. We continue to monitor the situation and to report on any updates as manufacturers announce their plans to deal with the novel coronavirus outbreak. Stay tuned for more information.