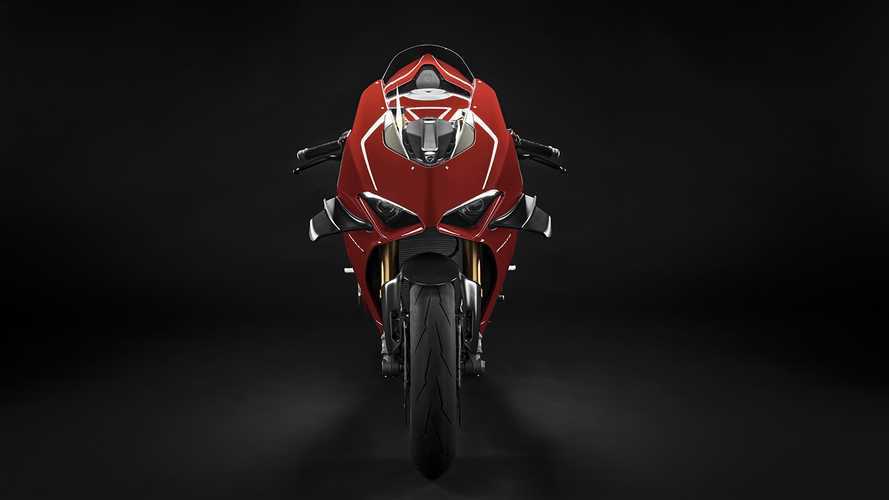 We had a hunch that Ducati was working on a new version of the Panigale V4. By hunch, I really mean there are spy shots. In October, the test mule of a seemingly unchanged Panigale V4 R was spotted on the streets. Why would Ducati need to put its latest Pani through more testing? Maybe because it isn’t quite the latest Pani. Soon enough, the spy shots sparked the rumor that Ducati was developing a Superleggera (“superlight”) version of its famed supersport. True to form, Ducati CEO Claudio Domenicali confirmed the rumor, but this time he didn’t do it through the usual channels.

After The Panigale V2, The Ducati Streetfighter V2?

Instead of oversharing in an interview like he tends to do, Domenicali sent a few elite clients a mysterious e-mail about “Project 1708”. In the message, he invites Ducati’s “most passionate clients” to share in a very special moment.

He goes on to explain that the team has developed the most advanced carbon fiber technology and that Project 1708 is an engineering fantasy made reality. Domenicali is obviously taken by his team’s creation, one that he calls a “masterpiece of engineering and design”. He then invites the VIP to visit a private webpage linked in the message where all the numbers are revealed and boy, he wasn’t kidding about the whole engineering fantasy.

The test mule that was spotted back in October 2019.

While we aren't special enough to have access to said private webpage, some people who are graciously shared the info. The bike is definitely superleggera, with a weight of just 335 pounds dry. That’s 44 pounds lighter than the Panigale V4 R. The entire chassis, subframe, wheels, and swingarm are made of that new carbon fiber Domenicali mentioned in the e-mail.

Project 1708 will use the same Desmosedici Stradale R as the V4 R, the 998cc, V4 block boosted to produce a ludicrous 234 horsepower (the engine itself produces 224 hp and the Akrapovič exhaust increases the output to 234). Weight-saving measures have also been taken with the engine thanks to a new camshaft, screws, and a dry clutch.

High-tech carbon fiber and components come at a price though, and it will cost you $100,000 (in U.S. moneys) to get your hands on this fiery Duc. The model is expected to enter production in April 2020 and deliveries should begin the following month. The message states that only five bikes will be produced per day. Who’s ready to take out a mortgage for their next bike?