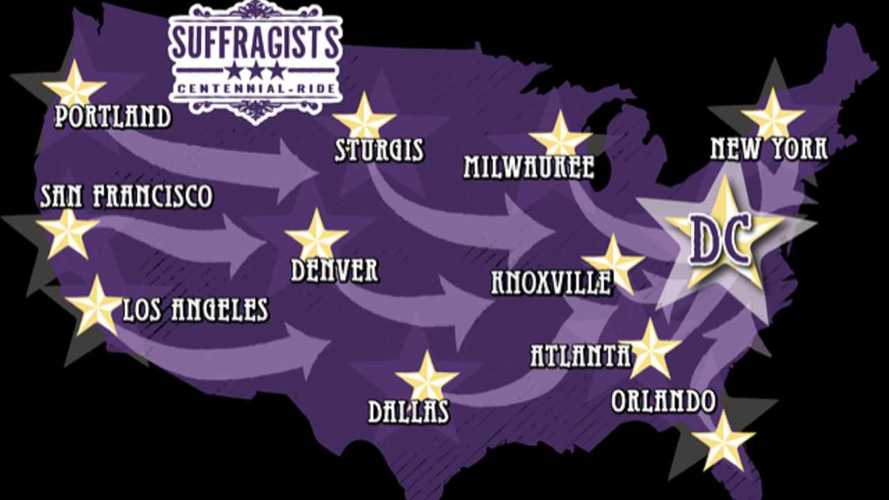 Next year it will be 100 years since women won the right to vote in the USA. The Nineteenth Amendment was ratified by Tennessee on August 18, 1920. After years of protest, Tennessee’s ratification of the amendment allowed it to be certified by the U.S Secretary of State on August 26, giving women the right to vote throughout the USA.

To mark the occasion, the 2020 Suffragists Centennial Motorcycle Ride will begin on July 31 from three cities on the west coast: Los Angeles, San Francisco, and Portland. After a stop at Tennessee on August 18, the ride will end on August 23 in Washington D.C for a three-day celebration that ends on August 26, the day the Amendment was certified by the US Secretary of State.

Tennessee is significant because the amendment was opposed by many US states and wasn’t certain of being ratified in enough states until Tennessee passed it. It takes three-fourths of states to ratify an amendment to the constitution before it can be adopted. Even in Tennessee, the amendment looked set to fail until one tie-breaking vote tipped the scales in favor of logic, justice, and history. The ride will gather there on the exact date of that ratification, before heading towards Washington D.C. for its three-day “Grand Finale Extravaganza Celebration”.

Author and ride founder, Alisa Clickenger hopes to have 1,000 men and women take part in the ride which builds on other historical rides she has planned previously. “The SCMR2020 will be the most significant female-focused riding event in 2020,” Clickenger said. “I love wrapping epic motorcycle rides around historical events, and Centennials are particularly powerful times to bring people together. My intent is to create an event that makes history at the same time as we celebrate it.”