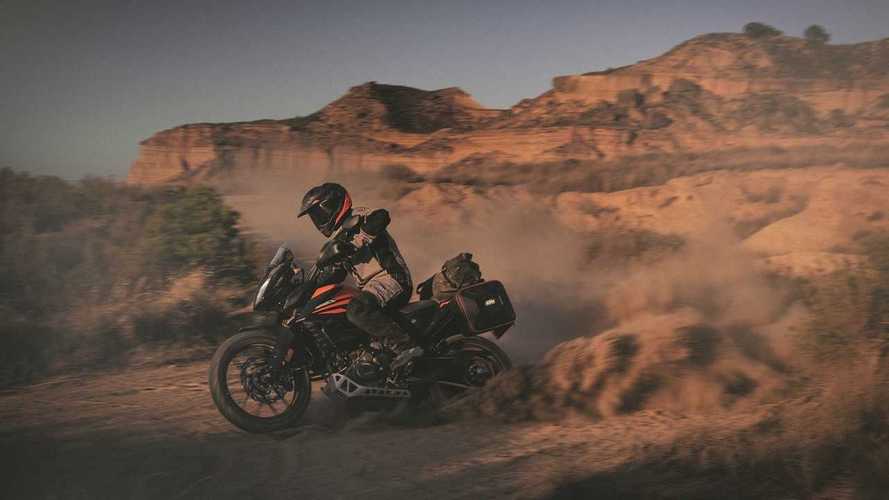 We’ve been hearing about a small-displacement to KTM’s adventure family for a few years now. As early as 2015, rumors that a 390 was in the works started making the rounds and almost every year, the model was expected to launch. Test mules were spotted a number of times, including in the summer of 2019 but still, we wondered when the model would formally be introduced. The wait ended in November 2019 when KTM finally introduced the new 390 Adventure at EICMA. We finally get to have a closer look at everything we know about the new 2020 KTM 390 Adventure.

The new baby ADV took seven years in total to develop—god knows why—but it’s good to finally have it among us. The 390 is based on an adapted 450 Rally frame, the same that’s been winning Dakar rallies for almost a decade. The 390 adds a lightweight trellis frame and subframe to the mix as well as an open-lattice swingarm—all weight-saving measures. A 3.8-gallon tank sits on top of the frame which should allow the 390 to have a range of roughly 249 miles.

The small adventure bike is expected to clock in below the 400-lb mark but KTM has yet to confirm its weight. Despite its small stature—and likely its small waist—the 390’s seat reaches the respectable height of 33.7 inches. The bike is also equipped with a classic tall handlebar, equipped with a triple clamp that allows the rider to adjust its height.

The off-road footpegs are wide and fitted with rubber inserts which them comfortable when riding in the street. The inserts can then be removed for additional grip when heading off the beaten paths. The 19 and 17-inch wheels are wrapped in a set of Continental TKC 70 tires.

For suspension, KTM rellies on WP’s experience in rally and enduro racing to provide the 390 with some serious off-roading chops. At the front, it uses a WP APEX 43 mm upside-down fork with 6.7 inches of travel, designed specifically for enduro. At the back, the preload-adjustable WP APEX spring offers 7 inches of travel. For the brakes, KTM outfitted the 390 with a set of Bybre wave discs, with a 320-mm circle at the front and a 230-mm one at the back, teamed with a four-piston and a two-piston caliper respectively, complete with Bosch ABS.

At its core, the 390 Adventure uses the same liquid-cooled 373cc, single-cylinder mill as the Duke and the RC. The tiny engine is teamed with such features as a slipper clutch, ride-by-wire EFI, and traction control.

The model receives a compact 5-inch color display with a menu that can be navigated using the switches located on the handlebar. The system is also Bluetooth compatible and can be paired with a smartphone via the KTM My Ride app which allows the rider to use navigation, stream music, and manage phone calls.

In addition to the 390’s decent standard equipment, KTM also offers a variety of accessories to increase its versatility including a cool seat that enhances the airflow and different sizes of windscreens. Pricing on the 2020 KTM 390 Adventure is set at $6,199. Availability has yet to be confirmed.