The Suzuki Savage Had A Good Run, But It's Over 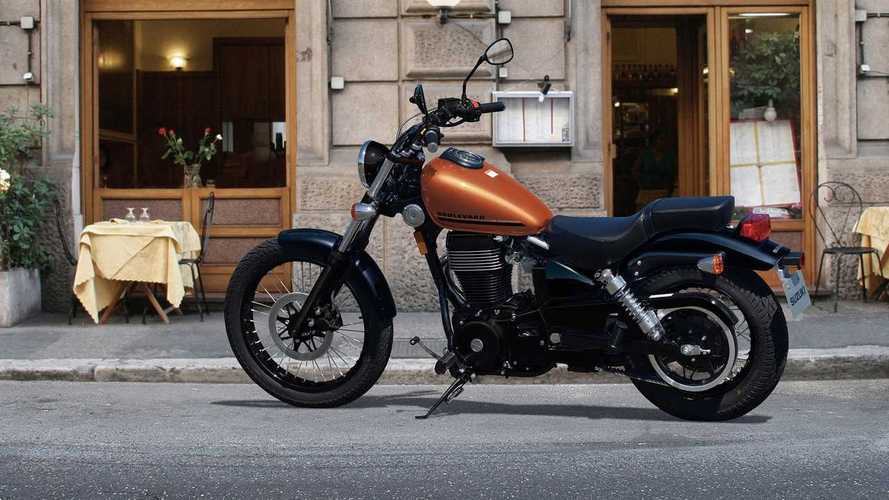 After a 33 year run, the little cruiser that could will not be back for 2020.

There are a number of bikes missing from Suzuki's 2020 lineup. Sabrina has already waxed poetic about the Van Van. For me, the model that I'm sad to see go is one that I wasn't very comfortable riding personally, but that has been a part of my life in some capacity for a long time: the Savage. I mean, LS650. No, it's the S40 Boulevard now. Whatever they call it, I'll miss it.

Suzuki introduced this particular model way back in 1986 as the LS650 Savage. It was a small, simple cruiser with a 650 cc single-cylinder engine. There was very little to this bike. It was nothing spectacular, but it was a perfectly competent bike, a great choice for new riders or for small riders of any experience. Its four-speed transmission gained a much needed fifth gear in 1993. In 2005, Suzuki brought all of its cruisers under the Boulevard name and gave an alphanumeric designation to each one, with the Savage becoming the Boulevard S40. These were the only major changes to the bike during its entire run from 1986 to the present day. Several of the Boulevard range are missing for 2020, including the S40. It joins many other older designs that have disappeared in recent history such as the Kawasaki KLR 650 which also ran a carbureted single-cylinder engine.

As a six-foot-tall guy, I don't fit on the diminutive Savage very well. I start to hurt after an hour or so of riding. The Savage has been a significant part of my personal motorcycle history, though. In the mid-2000s, my girlfriend at the time got interested in motorcycling and bought a 1986 Savage with a dead engine for cheap. She was quite sure that, with a mutual friend's help, we could get it running for her again. The bike lived at our friend's house for months, in various states of dismantling and disrepair. We did a bad job of the rebuild. All I'll say about that is that beer was frequently involved. When we finally got it back together and running, I rode it home. Halfway there, the engine lost power and let the magic smoke out. It never ran again, but the zombie bike made a great Halloween decoration.

The neighbors loved this.

We ended up picking up another Savage, this one a 2001 model, from an old friend of mine from high school. It belonged to her husband, who had sadly passed away. This one was a runner and needed nothing. I rode it all the way home to Maine from Massachusetts, though halfway there I insisted on leaving the highway and taking back roads. The bike could handle 65 mph, but the vibration was leaving me numb.

Yes, I know that's my finger. I have no other pictures of this bike.

The girlfriend practiced on it in a parking lot several times, took one street ride home from that lot, and never rode again. She liked riding on the back of my bike just fine, but she just never got around to riding on her own. She and I ended up going our separate ways (not because of this), and she put both bikes up for sale as a package deal, a runner and a parts bike.

I heard that when you put them together, they multiply.

Years later, after meeting my current wife, marrying her, and buying a house, she offered the bikes (which still hadn't sold) to us at a crazy discount "please get these out of my garage" price. We couldn't refuse. Here's the funniest part. At the time we got them, because she had a learner's permit but no license, no one would insure her on the bike. To get around that chicken-and-egg problem, we registered and insured the bikes in my name, since I already had a license and insurance for my own bike. When we split, I had signed all the necessary paperwork so she could sell them free and clear without me, because she had paid for them herself. Here they were, though, coming back to me a second time. Although it had been years, neither bike had ever left my legal ownership, so we left them that way for simplicity.

History repeated itself, and I registered the running bike for my wife to learn to ride. I swapped a number of parts between the two bikes, putting all the good parts on the runner and collecting the broken bits and dry-rotted tires on the parts bike. When my Honda Shadow died just as I needed a bike to ride for a gadget review I was working on, I rode the Savage instead. I kept riding that little bike all the way until winter arrived.

A few months ago, our Savage adventure came to an end. History continued to repeat itself, with my wife not quite getting around to learning to ride on her own. We needed the money and ended up selling both bikes as a package deal to a young college student of smaller stature. He'd ridden dirt bikes most of his life but had only just started to ride on the street. They were the perfect fit for him. He bought them on the spot, loaded them in a truck, and took them away, hopefully to a life where they would finally be put to good use.

Just because the Savage wasn't a good fit for me did not make it a bad bike at all. The Suzuki Savage and the Honda Rebel were the two bikes I most frequently recommended as a good first bike for a new rider. Times have changed, though. The Rebel, formerly only available in 250 form, now comes in both 300 and 500 cc flavors, negating the Savage's engine displacement advantage. The new Rebels are new designs while the Savage hadn't changed, so it was really just a matter of time until Suzuki quietly dropped the Boulevard S40 from the lineup. Perhaps not many will miss it, but I will, for purely sentimental reasons.