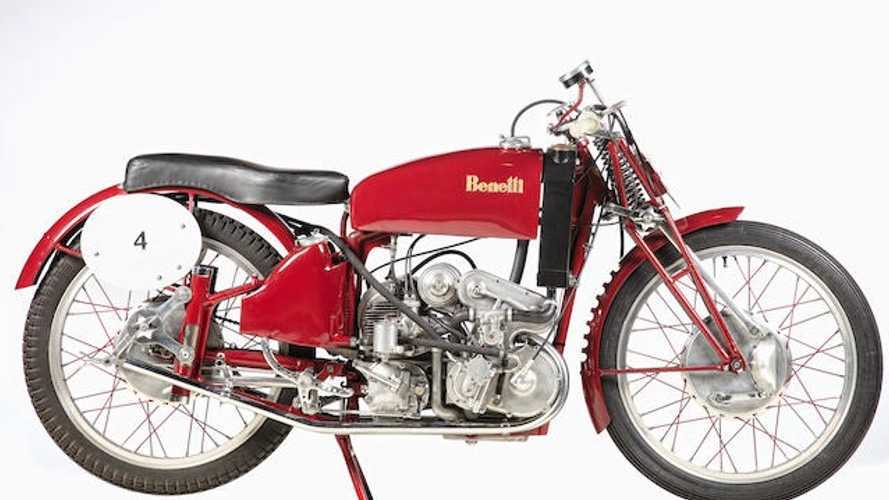 Mark your calendars and make some room.

As Kate reported in February 2019, the Motorcycle Museum of Giancarlo Morbidelli was under threat of liquidation. Unfortunately, I’m sad to report that the world has now lost another of the already far too small number of motorcycle museums in it. The entire collection is being sold—but the good news is, you have a little time to plan if you want to own one of the 300 bikes that were previously on display.

We Have Such Bikes To Show You:

In fact, because this is the single largest collection that Bonhams has ever presented at auction, the esteemed company has expanded its annual Autumn Stafford Sale for one day, for the first time in its history. The 2019 Autumn Stafford Sale runs from October 18 through 20, 2019. The event, which always features motorcycles, motorcycle parts, and memorabilia such as rare brochures and pamphlets, has historically only lasted for two days at a time.

One of the many jewels in this collection to be offered by Bonhams will be the 1974 Morbidelli 125cc Grand Prix motorcycle, raced by none other than Angel Nieto. A 250cc Morbidelli raced by Giacomo Agostini will also be available for auction. The family will hang on to several other of the race bikes that Giancarlo built, but the majority of the museum’s collection will be available for sale.

This collection was painstakingly assembled by Morbidelli over around 40 years of collecting. It contains many beautiful Benellis, and runs the full gamut of states, from barn finds and prototypes to beautifully restored classics.

The full Bonhams catalogue for this event is not available yet, but the gallery above features some images from the museum of a few of the bikes that we’ll see cross the auction block in October.