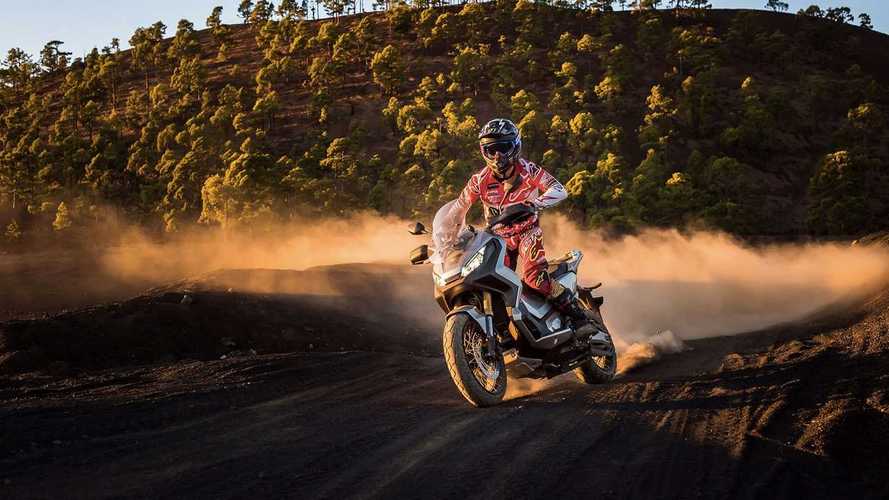 More X-ADVs could be on the way.

A short while ago, Honda unveiled the Honda X-ADV Gets A 150cc Baby Brother, a small-displacement version of its very popular X-ADV adventure “crossover”—a quirky mix between scooter and motorcycle. The model’s popularity has been on the rise particularly in Europe and it seems like the Asian market was ripe for its version of the model. The 150 iteration shown in Indonesia was well received. Seemingly encouraged by all the hype, rumor has it that Honda is now considering a 250 version and even a 300 for the European and possibly the North American markets.

There's A Lot Happening At Honda's:

Honda Looking Into New Twin Spark Engine For the CRF250L
⠀

Is This Honda’s First Teaser Of The New 2020 Africa Twin?

While the popular Honda X-ADV isn’t currently sold in the U.S., that could be about to change. As a frame of reference, a year ago, the Honda X-ADV dethroned the BMW R 1200 GS as the reigning champion of sales in Europe. Aren’t you curious to know what all the hype is about?

According to Motorrad, it was suggested in the Japanese media that Honda has every intention of surfing the wave by expanding the ADV family. It is rumored that the company is now working on a 250 variant, also destined to the Asian market, as well as a 300 that could potentially make its way here.

The same reports mention that a new X-ADV 300 would potentially use the same 299cc mill found in the Forza scooter that produces 25 horsepower and 20 lb-ft of torque. The Forza 300 is even equipped with traction control, a feature also expected to be carried over.

While the 150 variation got the “X” axed from its nomenclature, meaning it’s more street oriented, the original X-ADV has some serious off-roading chops. It uses a 745cc, parallel twin engine teamed with a DCT, the same set up as the NC750X we are already familiar with. Hopefully there’s truth to this rumor and a 300 version will really make its way to the U.S.—it’s about time we experienced what our cousins from the old continent are buzzing so much about.