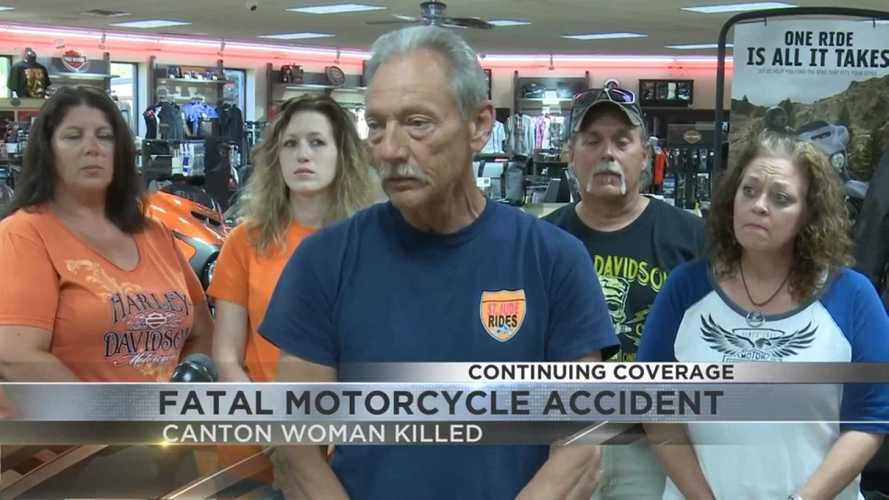 An Illinois rider is dead after a crash involving grass clippings on the road.

Freshly cut grass smells nice. It is also, to use my native New England vernacular, "wicked slippery," especially when clippings are sprayed onto the road. Such a situation sadly caused the death of Cheryl Zeglen of Canton, Illinois this week.

Slippery Road Markings And Your Motorcycle

Zeglen was riding with her husband Thomas and others in Bureau County last Saturday. Thomas was leading the group and began to lose control when he rode over grass clippings in the road and slowed down suddenly. Cheryl, following directly behind her husband, also lost control when she hit the clippings and was unable to slow down or swerve enough to avoid crashing into him. She flew off her bike and died in the hospital two days later.

"I would like something to be done better than a $50 fine on grass clippings," Thomas Zeglen told WEEK. "It kills people. What’s it going to take for Congress or whatever to understand that?"

It is here that some readers may skip straight to the comments to post about how group riding is dangerous or they should have been wearing helmets. It has not been reported whether Zeglan was wearing one or not, but Illinois is one of three states with no helmet laws whatsoever. Regardless of those factors, however, grass clippings in the road do pose a significant hazard to motorcyclists, especially when they appear in the middle of a blind corner. While some slippery hazards like wet leaves in fall can't be avoided, not spraying grass clippings onto the road is as easy as pushing or driving your lawn mower in the opposite direction to spray into your yard rather than the road.

Zeglen has contacted Illinois State Representative Mike Unes about increasing the $50 penalty for making a mess in the road from trimming your lawn. He has become a crusader in the cause of protecting motorcyclists from this unexpected slippery hazard.