How Not To Wash Your Harley-Davidson 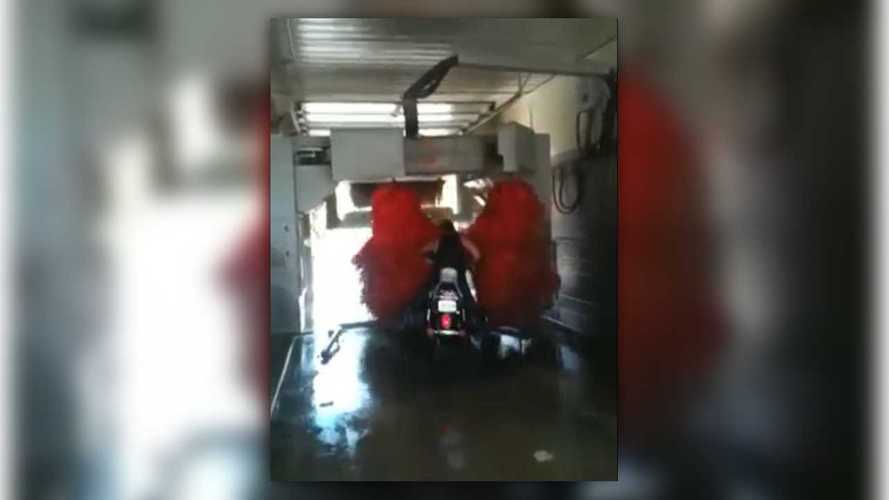 Your Hog may be big and bad, but taking it through a car wash designed for cars is a bad idea.

It's Saturday morning, the beginning of a long-awaited warm and sunny weekend in the northeast. Laconia Bike Week is starting, and it's time to give your Harley-Davidson a thorough wash before heading to Lake Winnipesaukee, New Hampshire. As a friend of mine is fond of saying, "There are no bad ideas. There are good ideas, and then there are awesome ideas." By his standards, washing your Harley in a car wash designed for cars would certainly be an awesome idea.

How To Wash Your Motorcycle

The video starts with onlookers confirming with the rider that he is about to do this of his own free will, not because he lost a bet, and that he's prepared to accept the consequences of his foolish endeavors. So this isn't some stupid "Hey, y'all watch this, hold my 115th Anniversary Edition Harley-Davidson beer" type of endeavor. In an effort to provide the best possible result, his buddies hook him up with The Works, the most thorough car... I mean, bike wash available.

As the bike enters the wash bay, it seems to have some trouble at first getting into a position that will trigger the safety sensors. It ends up angled off to one side, but eventually, the wash recognizes the bike, and the games begin. High-pressure soap covers the bike and its rider from all sides. It's amusing to watch the sprayers uselessly soap nothing at all in the rear half of the bay, being designed for car-size customers.

A spray from above further soaks the bike and rider. Then, the brushes start turning and slowly surround the Harley. The rider struggles to stay upright but manages to for the first pass. The second pass includes the top brush, which normally washes a smooth hood and roof. All of the brushes close in on the bike, and suddenly all brush rotation stops. The side brushes move away, and the top brush appears jammed on the bike, triggering a safety shutoff. We see the bike has been knocked first sideways, then over on its side by the top brush. His friends help extract him from the mad brushes and upright his bike. It has a little trouble starting, but as a wise woman once said, "Ain't nobody got time for that." His friends take matters into their own hands and push him out of the bay before it can rear its ugly head again.

The moral of this story is, don't wash your bike in an automatic car wash made for cars. There are many other ways.