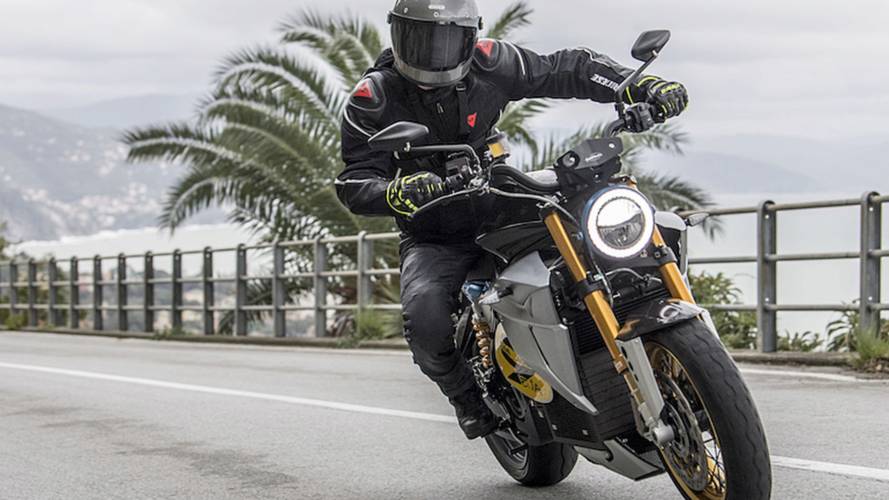 Following the Jerez debacle that saw all 18 of the competing Ego Corsa destroyed in a fire last week, Energica addressed some of its customers’ (legitimate) concerns regarding their bikes’ potential as fire-food.

The entire MotoE fleet went up in smoke in Spain last week. Unless you’ve been living under the literary rock, you’ve most likely heard of the incident. The exact causes of the fire remain to be determined—so far, we know a “short circuit” is to blame, but we don’t know where the short circuit happened.

Of course, Energica who also builds road-friendly models, had a few worried owners ask questions regarding their bike’s risk of suffering from spontaneous combustion. The company shared a press release to address some of these concerns regarding their electric motorcycle, hoping to appease the customers.

Regarding the risk of fire of an Energica bike, the company explains that their models undergo the same series of tests used on road vehicles that meets the safety standards for appropriate use. The manufacturer also points out that none of its customers has had to deal with this sort of issue in a decade of activity, adding that there’s a number of safety devices found within the battery itself meant to prevent any hazards. For instance, should the temperature of the battery increase while riding, the output is reduced. Same during the charging process: the electronic management system doesn’t allow the motorcycle to overheat.

In case of an accident, to avoid the Energica motorcycle turning into a Tesla-like firebomb, the company explains that there’s a system that powers the motorcycle off when its tilted—read:leaning on its side—and that there’s even a light indicator to warn the user or the emergency services of whether the bike is safe to pick up.

Energica is very confident in its product and despite the MotoE events, wants to reassure buyers that their garage won’t turn into a bonfire overnight. About the racing series, it confirms that organizer Dorna Sports is preparing a specialized intervention crew and vehicle specific to the needs of an EV battery blaze. So the answer to the big question is no: the Energicas aren’t self-igniting firewood.

Read the full Q&A below to learn more about Energica’s procedures.

1. What is the risk of fire for an Energica vehicle?
The tests we perform on our vehicles are inherited from the tests carried out on road vehicles throughout the years, which respect the safety standards for appropriate use, in every riding situation. Not a single one of our clients has experienced an issue of this sort and in ten years of activity in the EV industry we have never had a single safety issue, not even in Jerez. We are therefore confident and not worried regarding the safety level of our vehicles, both on the road and on the track.

2. What is the actual risk of fire of an electric vehicle in comparison with endothermic- powered vehicles?
As for every vehicle, whether electric or endothermic, there is always a risk. An important thing to know is that fuel contains a much higher amount of energy compared to batteries.

3. Is thermal runaway an actual risk for an Energica motorcycle?
Thermal runaway is a risk that is present in every battery, not only in vehicles but also smartphones, for example. We have taken all safety measures to make sure the battery does not reach this condition – and we haven’t experienced a single case of thermal runaway in ten years.

4. What are the safety measures Energica adopted to avoid such a situation developing on the motorcycle?
There are several safety devices within the battery pack and the vehicle itself to prevent dangerous situations. The battery is monitored for both temperature and tension, so that during the charging process the electronic management system of the vehicle will not allow the vehicle to reach high temperatures, which could cause damage to the battery and/or fire (or thermal runaway). During the actual riding, if the battery reaches a specific temperature the amount of power available to the vehicle is reduced and therefore the power absorption from the battery, which ensures the risk of thermal runaway is kept at bay.

5. Have the bikes ever shown any sign of overheating?
The racing bike has always stayed within the range of use we had tested for a whole year, with thousands of kms performed by our test riders on various tracks under different weather conditions covering as well the high air temperature of the summer. After all, the racing bike has inherited the safety standards set for our road vehicles, which are homologated and certified in EU and USA – and have hundreds of thousands of kms of testing done prior and throughout. Safety has always been the number one priority for us. In addition to all this, further tests to the racing battery have been carried out with IRTA to evaluate the strength and resilience of the battery pack: those tests were so extreme that they’re not even requested for road vehicles. All tests were passed in an excellent way and the results went beyond anyone’s expectations, including ours.

6. How does the charging process work?
The charging process – both on track and on the road – follows the CCS standard, which a certified and homologated international standard of automotive derivation. In the two- wheeled world, we are the only manufacturer that has adopted this standard on their vehicles, as it is a very complicated and expensive protocol – but also very safe. This protocol is adopted by all the car manufacturers, as well as by the main global institutions. The CCS standard manages the communication between station and vehicle, and starts the charging process. In case of malfunction, the process is immediately stopped.

8. What type of tests have been performed to guarantee the integrity of the battery pack of the racing motorcycle in case of a crash? What were the results?
We performed several tests for the mechanical strength of the battery case and its impact resistance when hit by a blunt heavy object. The results were beyond our expectations and beyond any test performed to fuel tanks of racing vehicles.

9. What are the duties of the Energica team within the E-paddock?
We assist the team technicians for any need, for example in case of a crash. We provide answers and clarification to questions and alleviate doubts on the electronic side of the bike. We are always available for any matter, always and only with regards to the motorcycles.

10. What is Energica doing now in order to produce the amount of motorcycles needed for the competition to take place?
The morning after the accident we were already hard at work to make sure the championship can take place. Obviously, this is a very significant effort for Energica, but we’re aware of our capabilities and we’re working closely with our suppliers and with sponsors Dorna and Enel X to ensure that the series can make its official debut as soon as possible. We strongly believe in this project and we’re both proud and happy to be an integral part of it. We committed to MotoE from day one and recent happenings have not undermined in any way our faith in the strength and importance of the FIM Enel MotoE World Cup.

11. What are the safety measures in place on the Energica Ego Corsa and planned by MotoE to minimize the likeliness of an accident?
We have a high standard BMS and since 10 years we are working on EVs.We had no issue so far both on racing and on street vehicles. There’s also a tyre monitoring system in case of puncture (first time in racing), the pit-lane buzzer for incoming motorbikes and the blinking lights at the dashboard that tells you if the bike is on.

12. What are the safety measures to minimize the consequences of an accident?
There is a system in place that automatically powers the bike off when tilting, and there’s also a side light that notifies of a possible short cut telling the marshals and the riders if the bike can be picked up or not). Dorna has also reproduced a battery fire to better assess how to extinguish a fire coming from a single bike. Irta/Dorna are also designing a specific intervention vehicle that will be ready for the first race.

As an important part of the Championship, Energica is of course ready to sit down with the other parties involved, to learn about the Jerez incident to come back with a safer and stronger global package.