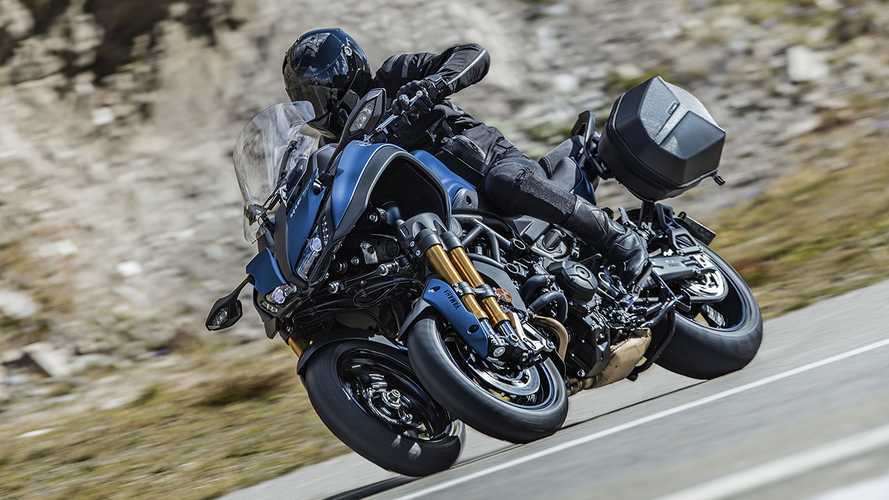 Yamaha got people talking in 2018 by introducing the Niken to its lineup, a quirky three-wheel, leaning motorcycle that sounds and rides like a motorcycle, but doesn’t quite look like one. At the 2018 EICMA, Yamaha launched the grand tourism version of its model to strengthen its position within the sport touring segment. Here’s a look at everything we know about the 2019 Yamaha Niken GT.

You Can Knit Your Own Yamaha Niken

Last year, Yamaha introduced a new creature to its lineup: the leaning three-wheel Niken. While the concept of a tilting trike isn’t new, the design has so far been mainly applied to scooters such as the Piaggio MP3 or the Yamaha Tricity (sold mainly in Asia). If you’re one to poke fun at people opting to cruise around on trikes, whether the third wheel is at the front or the bike, the Niken isn’t your typical three-wheeler. It feels and rides like a regular motorcycle—it even needs a sidestand as it doesn’t stand on its own.

What’s the perk of an extra wheel? It actually provides extra grip in the bends, making it more efficient in corners than two-wheel rides. Yamaha’s LMW tilting system ensures that the pressure and the angle in the two wheels are optimized thanks to the Ackermann steering geometry principle. The two wheels work independently, but in tandem to make sure you get the best possible front-end grip in any situation.

The Niken borrows the MT-09’s powertrain, an 847cc, inline three mill paired with a six-speed transmission with assist and slipper clutch, carried over, unchanged, in the GT. While it features a few similarities with its MT counterpart, the Niken is its own motorcycle, built on what Yamaha calls a “hybrid frame” that “uses a range of construction methods and materials carefully selected according to the strength, rigidity, and flexibility requirements in each area.” At the front, the two wheels use inverted dual tube forks attached to a set of 15-inch wheels fitted with dual hydraulic 298-mm disc brakes. At the back, support is provided by a single adjustable shock while braking power comes for a 282-mm hydraulic disc set up.

At first glance, the silhouette of the Niken screams “gorilla” with the broad shoulders and stocky stems, which give the model a well-grounded feel. The design builds on Yamaha’s New Type of Agility and Controllability aesthetic. Past the front-end, from the neck down, the Niken looks like any other generic sport motorcycle.

The Niken GT takes everything the Niken does and makes it road-trip friendly. The most obvious addition is the convenient set of 25-liter sidecases and the taller windscreen, meant to improve comfort at highway speeds. The package also adds a modified saddle, a passenger handrail, a 12-volt outlet, heated grips, as well as a center stand. Other features include ABS, riding modes, cruise control, quick shifter, and traction control. Pricing for the 2019 Niken GT has been set at $17,299, a $1,200 premium over the entry-level Niken.