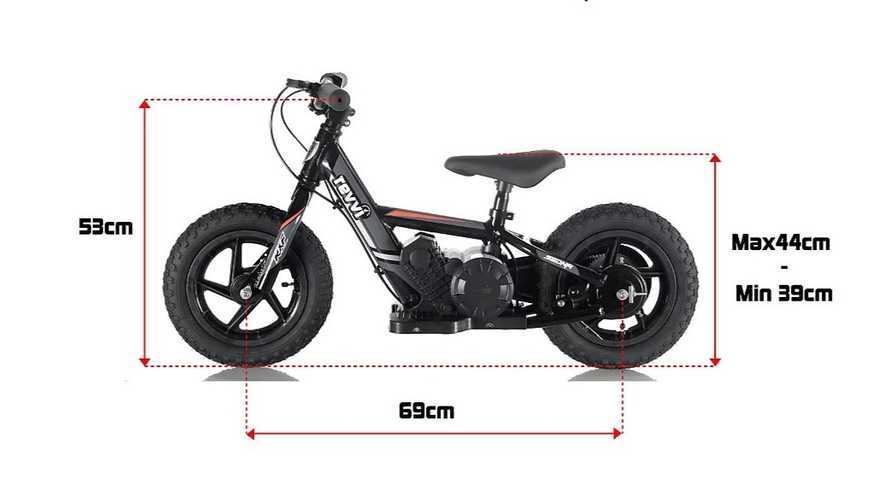 How jazzed would you have been to get an electric bike like this when you were three?

With major advancements in the current crop of e-vehicles, it’s become easier to make a small, kid-friendly balance bike, and several companies have released them in the UK. The newest such bike is the Revvi Twelve and it starts at a base price of £299. It’ll be available by early March of 2019 and available in five different colors. The best part? It’s small enough that a two-year-old can ride it. For those of you who are lucky enough to live in the UK, you can currently preorder the bike at the manufacturer’s website.

The little bike is powered with a 24V, 100W electric brush motor and is fitted with a chain drive and a rear drum brake. It boasts an aluminum frame, steel forks and 12-inch rims with “hybrid” tires—and it only weighs 20 pounds! The manufacturer recommends a slow learning curve for the tots: use the machine without power input until the age of three, then move towards using the 5mph slow speed setting until the age of four. Oddly specific, it continues to recommend that kids not progress to the faster mode, which propels bike and child to about 10mph, until the age of 5 or 6. Since it can carry up to 34kg (about 75lbs) and has a seat height that can be adjusted from a little over 15 inches up to a bit above 17”,  we are going to bet that even kids older than 6 will be riding this bike with enthusiasm. Rated for about an hour of riding time, and a recharge time between one and two hours, the bike has a built-in time-out.

The great news is, kids get a chance to get used to the bike before adding power—it’s a great way to introduce the next generation to throttle control without the complication of a clutch.

Jealous of the options yet?

Also new on the market, the new Amped A10 is aimed squarely at the younger (2-4 year old) set to teach throttle control to young children.

Unfortunately also only available in the UK (so far), its published release date is February 2019. A 100W / 4.4ft-lb of torque rated motor with an 18V IBV Lithium battery powers the £399 A10, and it’s capable of a top speed about 6mph, with a published charge time of between five and six hours. This bike weighs in at just under 20lbs, has a not-quite 16” seat height and is available in red, blue, green, pink and black.

Since its top speed is about a fast walking pace, it won’t let children get away from their parents. How excited would you have been to receive one of these as a gift, as a kid? I would have turned inside out!