The Novus Electric Motorcycle Is Elegant, But Pricey 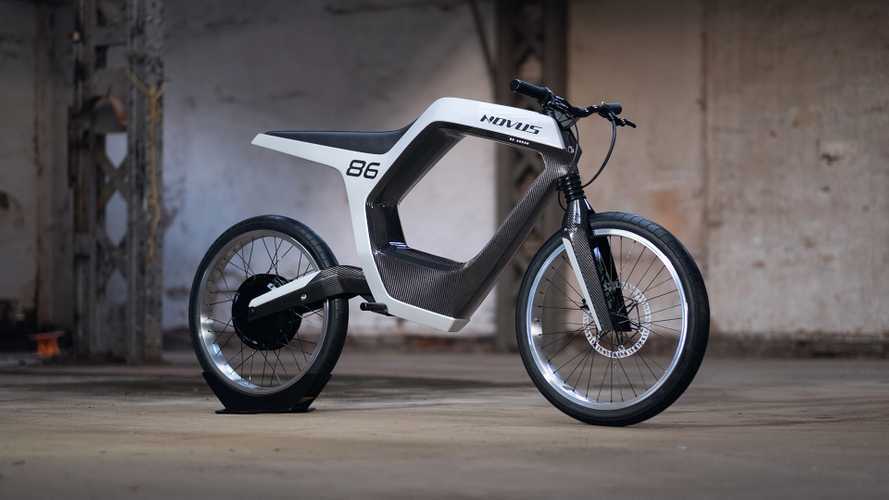 At CES, the electronics show that's becoming more and more about vehicles, Novus has revealed a beautiful looking electric motorcycle. Its minimalist carbon fiber design looks more like a bicycle than a motorcycle in its sheer simplicity. To get less, however, you pay more—$39,500, to be exact.

To me, this is probably the most aesthetically pleasing electric motorcycle or bicycle that I've ever seen. It doesn't get any more lightweight than a giant hole in the middle of the frame. The entire bike weighs only 85 pounds. Many of its components are hidden inside the carbon monocoque frame itself. The Novus uses a monoshock suspension on both ends, with carbon fiber forks and swingarm. The battery sits low for better handling.

That 14.4 kilowatt-hour battery will give the Novus a range of 60 miles and propel it to a top speed of 60 mph. These aren't groundbreaking numbers. At least the battery will only take one hour to recharge to 80 percent. The electric motor is also cleanly integrated into the bike, in this case as the hub of the back wheel. Novus claims this motor will generate up to 200 Newton-meters (about 148 foot-pounds) of torque, but this is somewhat questionable. That would make it the torquiest electric motorcycle out there. The Curtiss Zeus, for example, is targeting 145 pound-feet out of its much larger 140-kilowatt motor. We'll have to see how well this performs in the real world.

Let's talk about the elephant in the room: the price. We thought the Harley-Davidson Livewire was overpriced at $29,799. You could almost buy an entire Zero S with what you'd save on buying the Harley instead of the Novus. But then why buy either when you can just buy a Zero, saving tens of thousands of dollars? Even the most basic Zero S has a longer range (89 miles) and a higher top speed (98 mph). You'd lose some power, but you could easily afford to step up to a better equipped, more powerful model. Even a top-of-the-line Zero SR costs far less than half of the Novus and has far greater capabilities.

The Novus looks amazing but at $39,500, it's bound to be nothing more than a plaything for the rich.