Ducati To Unveil Full 2019 Line Up Ahead of EICMA 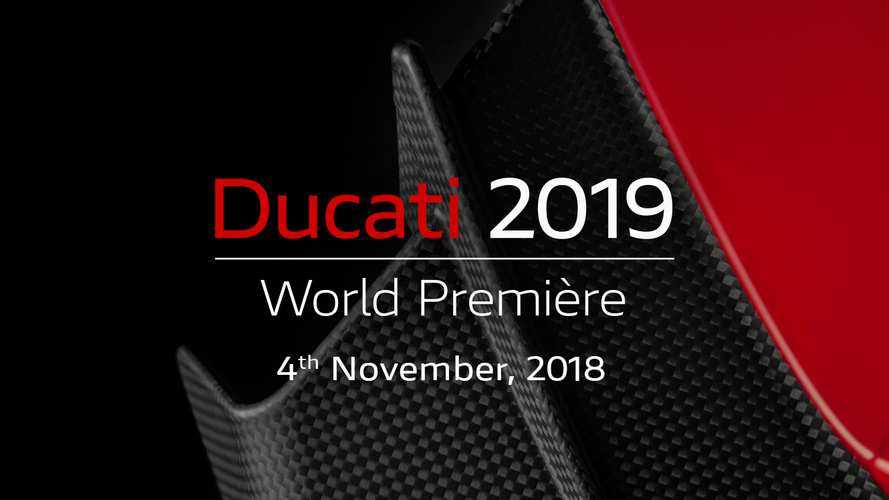 Ducati wants you to mark your calendar

What’s cooking in nonno Ducati’s kitchen? Apparently an entire feast! We already have a few pointers as to what’s coming in the 2019 Italian manufacturer’s lineup, however, we apparently don’t have the full family portrait just yet. With EICMA only two weeks away, Ducati is getting ready to premier its full lineup on November 4, prior to the beginning of EICMA.

With everything new that gets launched with confetti and loud music and everything that’s just making a quiet comeback slapped with a new model-year, it’s sometimes tricky to keep track of what will be in the future lineup or not. While most companies get away with listing everything on their website with little to no distinction between what’s been updated and what hasn’t, Ducati isn’t about to let that happen. There’s a big party coming and we’re all virtually invited.

I say virtually because it’s not like we’re VIPs enough to get a paper invite to fly out to Italy—however, we could watch the entire event unfold from our computers thanks to this little thing called the Internet. In fact, Ducati is sharing a save the date with the entire world to attend the debut of its full 2019 range on November 4, at 7 pm, Milan time, which is 1 pm Eastern and 10 am Pacific time.

Surprisingly, the company is making its own event out of the “announcement”, despite EICMA kickstarting only two days after.

We already know about the new 2019 Ducati Multistrada 1290 Enduro teased and unveiled no later than last week. We also know that four new variants will be added to the Scrambler family; the Icon, Full Throttle, Café Racer, and Desert Sled. The XDiavel is getting a new color while the Diavel 1260 is getting updated. What else? Guess we’ll have to see on November 4.