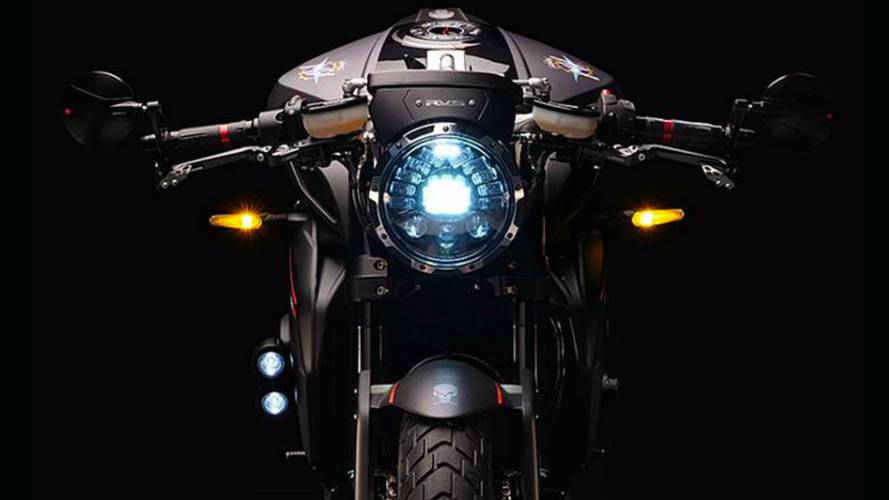 An elite factory customs program, a neo-cafe racer, a gas/electric hybrid and other electric offerings under the revived Cagiva name, all on the way from MV

MV Agusta is poised to have a very active next couple of years. The company's CEO Giovanni Castiglioni recently announced the marque plans on unveiling a myriad of new offerings to expand the brand, four of which by 2019. Because the company’s current flagship F4’s powerplant isn’t Euro4 compliant, Castiglioni says MV will launch a new liter-sized engine instead of reworking the old F4 powertrain. The new 1,000cc engine is poised to debut later this year in the form of a naked F4, or Brutale 1000, along with a trio of other offerings from the high-end outfit.

MORE ON ELECTRIC CAGIVAS: MV to sell electric models under the Cagiva brand

With the upcoming redesign, the F4’s long run comes to an end. Like Ducati did with its 1299 Panigale R Final Edition, MV will be celebrating the flagship’s departure with the release of a final edition model dubbed the “Claudio” after Claudio Castiglioni, father of the company’s current CEO. The Claudio will reportedly be a top-shelf, race-spec road bike heavily derived from the brand’s WSBK machine. Interestingly, the final edition F4 will be MV’s last foray into the liter super bike class market until 2021, putting off what has previously been its flagship class in favor of proven and emerging market offerings.

At the recent Brutale 800RR media launch, MV’s CEO announced that along with the Claudio, the company is set to unveil a new liter-sized Brutale that's powered by the new 1,000cc engine replacing the current F4 platform. The new engine will reportedly boast the exact specs of MV’s RC WSBK machines and will supposedly be the first of the four new 2019 offerings to be unveiled later this year. Castiglioni also told media that MV is also developing a neo-classical cafe racer that’s scheduled for a 2020 release.

Back in Summer of 2017 MV also kicked off its new Reparto Veicoli Speciali (Italian for “Special Vehicles Department) or RVS series, factory made bespoke versions of its current models, made only for a select few who can customize the modifications, albeit for a steep price. While the brand continues to aim for an affluent demographic with the RVS series, the top-shelf factory customs program does nonetheless help the company attract more customers. The first demo creation—the MV Agusta RVS #1—is decked out with custom side-mounted LED lighting, a titanium SC Project exhaust, spoked Kineo rims, titanium tank, a one-off livery, and quite a bit more.

Arguably the biggest news Castiglioni revealed was info on the offerings to be expected from the soon-to-be-revived Cagiva brand under which MV will sell its electric models. A new electric Elefant two-wheeler is supposed to be released as a 2019 model, however if you’re a fan of the old Elefant bikes, this new version may not be what you’re expecting. Supposedly the first electric Cagiva will be an MX-style platform a la Alta’s Redshift, though there’s been no word on the comparable displacement of the electric engine, though a quarter or eighth-liter size would be my guess. It’s still hard to imagine the company wouldn’t eventually release a fire road bike under the Elefant moniker.

The MV Agusta RVS #1, from the RVS series program.

AN ARGUMENT FOR ELECTRIC Why the difference isn’t just fuel

Castiglioni also said Cagiva will release a machine somewhere between an electric mountain bike and a full-on electric motorcycle.

“I believe in electric," the CEO said. "There is a great potential, and we are making a project there – under another brand – which is Cagiva. We are investing in lightweight fun vehicles, bikes. Let’s say in-between…it’s a family. It’s a family that goes between a bicycle to a Zero-type bike, but different. If you want to go 300 mph, buy a combustion engine. But I think there can be a lot of potential market for electric, and we want to be there, this is why we invest in it now.”

There has been speculation that MV is working on the development of a hybrid gas-electric engine instead of a straight forward electric bike. This would be in line with the company’s exotic image, and whatever they sell it’s almost guaranteed to be high-end and different from the current offerings out there. On the other hand, small bikes can be sold at a much lower price point, and doing so under the Cagiva name it doesn’t take away from MV’s brand’s prestige or status. However it does enable MV to appeal to a wider range of dealerships which is something the brand could seriously use.