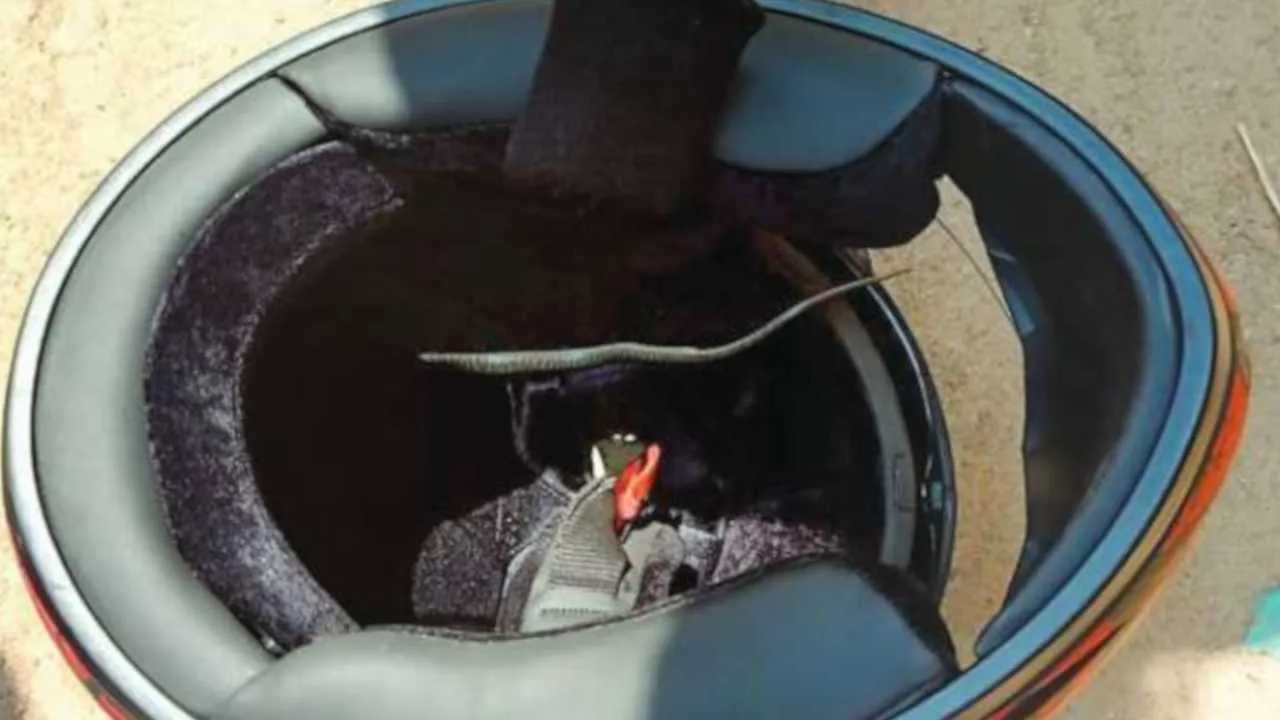 Maybe the nope rope was just trying to protect his head?

Finding wildlife hanging out under your car isn’t unusual—especially when it’s really cold out. Rodents crawling inside bikes left unattended for long periods in your garage or shed are pretty common, too. Despite all this, we probably don’t spend as much time thinking about wildlife hanging out in our helmets and boots as we probably should. One very lucky rider just found out why you should always double-check your gear every time you put it on.

Springtime And The Necessity Of Motorcycle Maintenance

Schoolteacher KA Ranjith has an 11 kilometer (or approximately 6.8 mile) commute on his motorcycle every single day to get to work in Kerala, India. He didn’t specifically mention his routine when interviewed, but it’s easy enough to picture for anyone who commutes every day. How many of us even think much about what we’re doing instead of doing most of it on autopilot?

Anyway, after teaching his morning class at one school, Ranjith had another class to teach at a different school that’s about 6 km (or 3.72 miles) away from the first school. Back out to the bike he went. When he parked and took off his helmet, he received an extremely unpleasant surprise.

Ranjith pulled off his lid, and that’s when he spotted his serpentine stowaway. The snake was apparently nestled deep inside the top of his helmet, where it had previously been providing a bit of extra padding to his head as he rode along. I’ll personally take instant noodles over danger noodles any day, but ideally, I’d like neither in my helmet if I can help it.

The snake in question was a highly venomous common krait, which is extremely common in the area. In fact, finding snakes hiding in cars and motorcycles isn’t unheard of. Luckily for Ranjith, when his colleagues took him to a nearby hospital to get checked out, they could find no evidence that he’d been bitten. Instead, it seemed that his head had crushed the krait to death.

After receiving a clean bill of physical health and a high probability of many nightmares to come from this incident, Ranjith took his helmet home and promptly lit it on fire. Honestly, SAME.

So, uh, pre-trip gear inspection, everyone. Helmets, boots, and anywhere else something sneaky could be hiding.