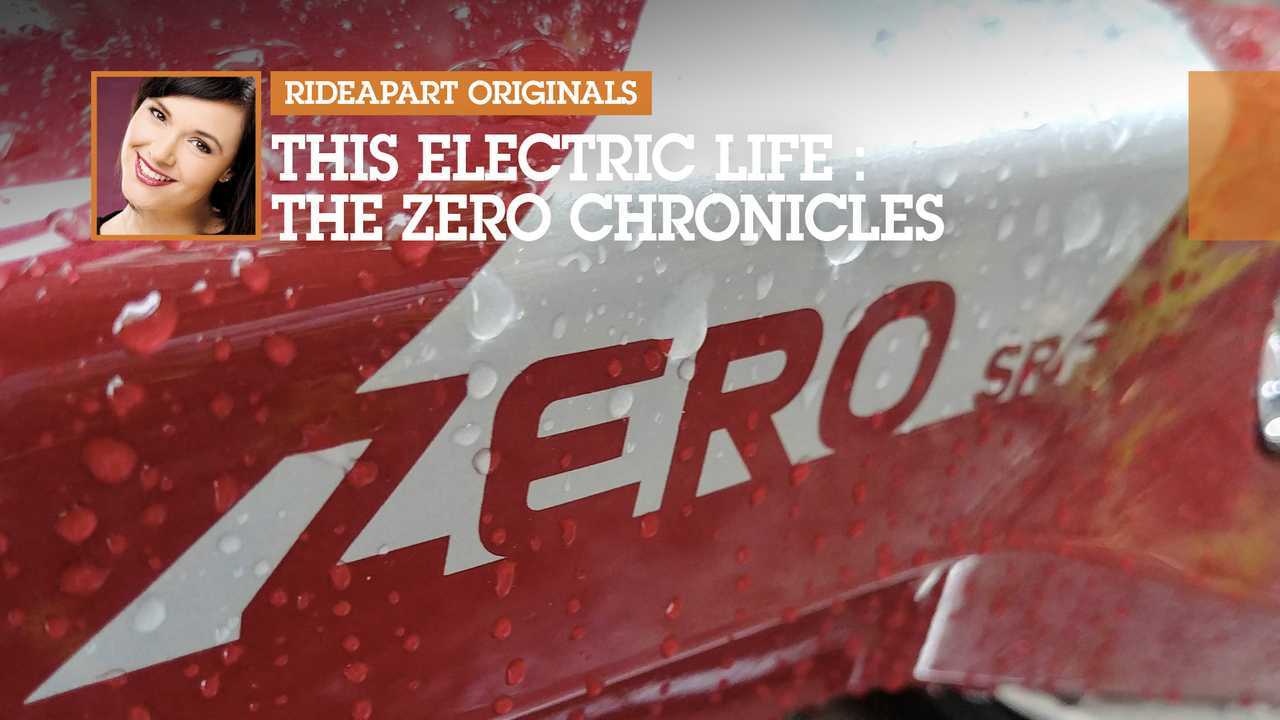 So far, I’ve had the 2020 Zero SR/F for a full three weeks. During most of these three weeks, I didn’t have to charge the bike. I manage to clock 95 miles in the city with energy to spare before plugging it in for the first time. That was on Wednesday because on Thursday, I was leaving with the Zero on a road trip from Toronto to Montreal and needed the full charge.

In The Zero Chronicles:

Prior to taking the decision to do such a long-ish trip on the Zero, I made sure that there were going to be enough charging stations along the way to avoid leaving me stranded on the side of the highway with a dead bike. I used the ChargeHub app that pretty much shows you a map of the location of Level 1, 2, and 3 chargers in your area.

Thing is: how many houses out there have 240V outlets? I personally have yet to find one—or maybe they're simply not particularly trendy in my neck of the woods. When I charged the bike overnight at home from Wednesday to Thursday, the SR/F displayed a charging time of a little over 7 hours. Fast-forward to Thursday night when I made it to Montreal and plugged the bike in the wall: the charging time was now of over 9 hours.

To be fair, I didn’t stay up to watch whether it actually took 9 hours to charge the bike, but keep in mind that chances are it’s an all-night type of thing using most standard sockets.

I left Thursday morning on the first half of my 800-mile trip armed only with the knowledge that I would be able to charge the Zero along the way. I didn’t know how many highway miles the battery could take nor how long a charge was actually going to take.

During the 400-mile journey, I had to stop four times to charge the motorcycle. Two of those times, the motorcycle took 2 hours to charge using a Level 2 charger in order to recuperate between 90 and 98 percent of the depleted charge. While that’s “only” 30 minutes over Zero’s timeline for a charge, it adds a significant strain on an already long journey.

First stop of the day
... versus the last one.

The other two stops I did were only of 1:30 because I didn’t need a full charge—either I had a shorter distance to travel until the next station or I had some leftover energy. Obviously, it would be easy to unplug everything at the 1:30 mark and hit the road again, but the problem is that by the time the first hour and a half rolled in, the bike was usually only at a 70-80 percent charge which would have reduced the distance I could travel and forced me to stop more often. I was better off waiting the full 2 hours.

At the beginning of the trip, not knowing how far the bike would go, I didn’t actually plan my stops. I figured I’d wing it and make a pit stop to locate a charging station. As I started to get a feel for the bike’s autonomy, I started putting more work into planning my stops. That being said, it didn’t always go according to plan since on some occasions, the bike started running out of juice earlier than anticipated while other times, the listed charging station wasn’t functional or accessible.

In Ontario, we have establishments called “En Route” which are pretty much rest areas along the highway equipped with gas stations, restaurants, and washrooms. They are usually located at 40 to 50-mile intervals. With that in mind, wouldn’t those highway stops be the ideal locations for a bunch of charging stations too? I mean, they are easy to find, are located right off the highway at reasonable distances from one another, and provide seating and comforts while you wait. Apparently nobody thought of that since none of the stops in Ontario have charging stations (at least according to ChargeHub).

Most of the stations I ended up using were a few miles off course, in towns off the highway. The ChargeHub app makes it easy to find them but provides no context of the location—that charging station could be in the middle of nowhere. I got lucky three out of the four times I had to stop. I found stations that were central enough to find somewhere to sit down, have a coffee, and flip out my laptop. That one other time, I found a station in the middle of a park as thunderstorms were rolling in and my dig for the hour and a half I had to wait was a minuscule and very empty community center with only a chair to sit on and a bathroom.

I was expecting one of the people responsible for the place to walk in at any moment and find that weird gal with her wet motorcycle gear spread out on their baseball-themed table cloth, wearing flip flops, sitting in the middle of the mini hall, trying to charge her phone. That was my second stop, I was wet, cold, and miserable and resisted the urge to curl into a ball under the table and take a nap.

A similar situation could have happened on my second to last stop since the first station I had chosen to check out was at a college. Sadly (thankfully?) the station wasn’t functional so I had to find another spot, luckily not very far away and much more convenient and comfortable.

This is why you try not to let the battery get too close to 0 while trying to find a spot to charge it because you never know when you might have to change places. Running out of power trying to make your way to the charging station must be the most frustrating feeling.

On the bright side, while the charging times turned out to be frustratingly long, this 400-mile journey ended up costing only US$6 in energy—the first two stations I found were free to use. The third one was charging for parking— a small $2 an hour. On the last stop, I used a station from the Quebec electric network, a paying service. This location charged a buck an hour to use the station.

Now, I know I only focused on the charging aspect of the bike: how’s the autonomy? Well, I’ll get to that. The first half of my trip is completed, but I have yet to head back home to Toronto so in my next Zero Chronicles, I’ll get into the whole range and highway behavior into more details. Until then, keep in mind that for every hour or hour-and-half of travel you do on an electric bike, it will require roughly two hours of charging. Now imagine if I had only had a 3 kWh charger...