Patent Suggests A Café Racer-Looking Suzuki Is In The Works 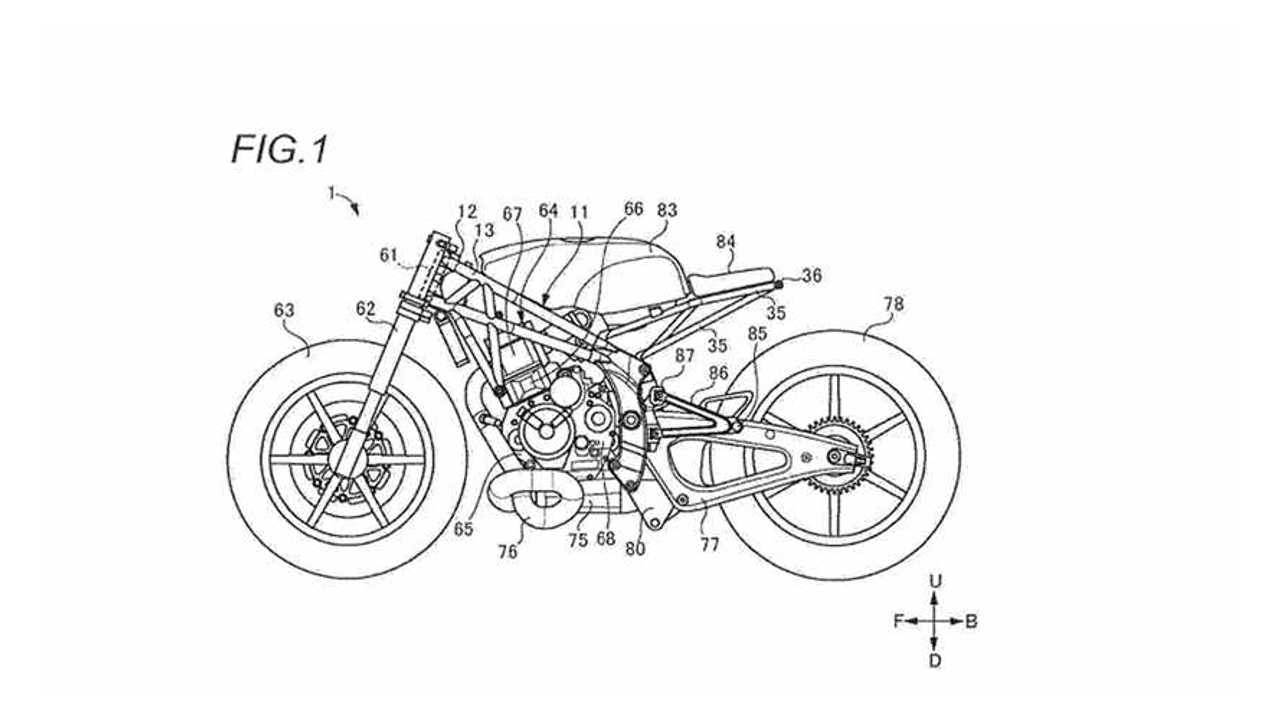 It’s no secret anymore: the motorcycling industry is gaga for a good vintage look. Most brands have jumped on the bandwagon and have been throwing all their scramblers and café racers at us for the past few years. Suzuki has been one of the least active companies in the neo-retro trend. While the Van Van 200 and the TU250X are decently representing the brand in the fad, unlike other companies, Suzuki doesn’t have a proper full-size vintage-looking bike (the SV650X isn’t exactly cutting it). This could be about to change according to a recent patent. It’s time for my favorite thing in the world: let’s play the guessing game!

Suzuki Recursion Is Still In Development

There is a number of striking features in the patent published on February 14. Number one is obviously the trellis frame itself, the star of the show, and a novelty for Suzuki. While the company is no stranger to the exposed trellis frame aesthetic, currently showcased in SV650 lineup, the shapes presented seem to be entirely new. The profile is also interestingly different. The gas tank resting on top of the trellis is reminiscent of the café racer aesthetic with an elongated, flat back and knee indents—consistent with the positioning of the foot pegs high on the frame, suggesting a sportier stance. A tiny saddle crowns the tip of the subframe. While there’s no handlebar in this early concept, it’s easy to imagine that clip ons would nicely compliment the silhouette.

The rear suspension set up suggests a sportier purpose, with the single shock wrapped around a hydraulic snubber, tucked deep inside the motorcycle’s bowels, at the base of the subframe. The suspension is teamed with a triangular swingarm, another seemingly new design for the brand.

Another curiosity of this design is the exhaust canal connected to the head of the cylinder, that loops at the base before crossing over to the right side and ending on a short muffler. While the main focus of the patent is the frame, which means any other element of the design could change, the description suggests a single-cylinder layout: “The power unit has a crankcase, a cylinder and a cylinder head.” The design naturally suggests that we’re looking at a four-stroke so should these elements remain unchanged, the bike would most likely slide in the small to mid-range class.

If the design doesn’t change, then we can assume Suzuki will finally be joining the bandwagon with what could likely become a fabulous-looking, modern-day café racer. This is a lot to put on the shoulders of a simple motorcycle frame patent, but aren’t the possibilities it suggests exciting?