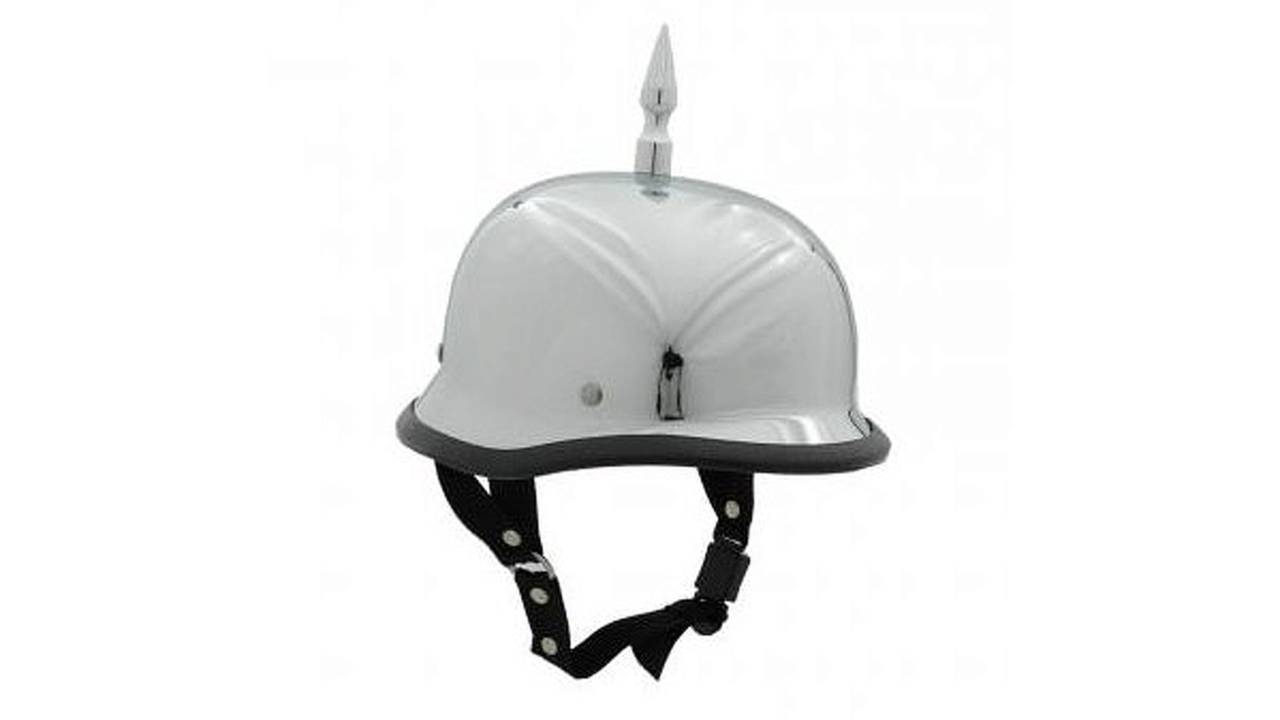 Bad news lovers of head protection in name only. New rules being put in place by the federal government are intended to stamp out use of non-DOT-approved, “For Novelty Use Only” helmets on American roads. The change is coming in response to an 11 percent increase in the use of novelty over DOT helmets and is intended to make it harder for wearers and sellers to mislabel their make-believe prod...

Bad news lovers of head protection in name only. New rules being put in place by the federal government are intended to stamp out use of non-DOT-approved, “For Novelty Use Only” helmets on American roads. The change is coming in response to an 11 percent increase in the use of novelty over DOT helmets and is intended to make it harder for wearers and sellers to mislabel their make-believe products as real. But, even while the federal government is attempting to save the lives of nincompoops, state governments are looking to make it easier for them to kill themselves.

There’s a bunch of interesting numbers that prompted this reappraisal of the DOT standard. First, motorcycle rider fatalities increased every year between 1998 and 2008 at a time when total road deaths remained relatively constant. In 2008, motorcycle deaths accounted for 14 percent of all road fatalities. That’s of particular concern since motorcycles represent less than 3 percent of all registered vehicles and only make up for 0.4 percent of total vehicle miles travelled on American roads per year. During that 10 year period, the age group with the largest increase in fatalities wasn’t you damn kids, it was grey hairs aged 40 and older. The fogeys accounted for half of all motorcycle fatalities during that period. In 2010, 54 percent of motorcyclists wore DOT-approved helmets, 14 percent wore novelty helmets and 32 percent felt their bald spots blow in the wind. Worryingly, those numbers look terrible in comparison to 2009, in which 67 percent of riders wore DOT-approved helmets, 9 percent pretended to and 24 percent got their scalps sunburned.

For some background, Federal Motor Vehicle Standard No 218 is a very basic set of safety standards to which all motorcycle helmets sold for road use in America must comply. If they pass, they get the ubiquitous “DOT” sticker you see on the back of virtually every helmet sold. DOT is exceptionally basic, dictating only basic protection against impact and penetration and regulating some simple form of helmet retention. That’s why voluntary standards like Snell M2010 and ECE 2205 are used by makers of fancier helmets, who want to regulate a higher, much more sensible level of safety.

But, even that incredibly low level of imposed risk reduction is too much for some motorcyclists who live in helmet law states, but don’t want the man interferin’ with their right to die in any motorcycle crash above about 20mph or so. That’s led to a cottage industry of companies selling “helmets” that are helmets only in the sense that they cover some part of your head. To get around the legal requirements, Biltwells, Loser Machiens and all sorts of ridiculously camp cruiser lids are sold with “For Novelty Use Only” labels. Wink, wink. Nudge, nudge.

Cops can allegedly pull you over and ticket you for not wearing a DOT-compliant helmet, so some rider go so far as to stick the DOT labels on there themselves. We’d never suggest that helmet retailers also did this.

So, the federal government wants to make sure that where it has the authority to force you to wear a helmet, that the helmet you’re forced to wear is a real one. To do that, they’re making the label more complicated and more specific, making it both harder to copy and harder to argue innocence if you swapped a DOT label to a non-DOT helmet.

Beginning in 2013, that mandated sticker will have to read “DOT FMVSS No. 218 Certified” and list the helmet’s maker and numerical size.

Big whoop, right? That’s what makers of real helmets tell us. “For us it really makes no difference at all,” says a designer at once company. “Make a new sticker. Stick it on the helmet.”

Even while Washington is trying to reduce motorcyclist fatalities, legislators from the party that didn't kill Osama in in Oregon, Nevada and other states are seeking to appeal to their poor, white, ignorant voting base by repealing those states’ helmet laws. In fact, only 20 states currently regulate the mandatory use of a helmet for riders over 21. With 32 percent of American motorcyclists already going helmet-free and 14 percent knowingly thwarting mandatory helmet laws by modifying unsafe helmets to appear legal, will swapping some stickers around really have a meaningful impact on the ever-increasing number of motorcyclist fatalities?

Thanks for the tip, Justin.