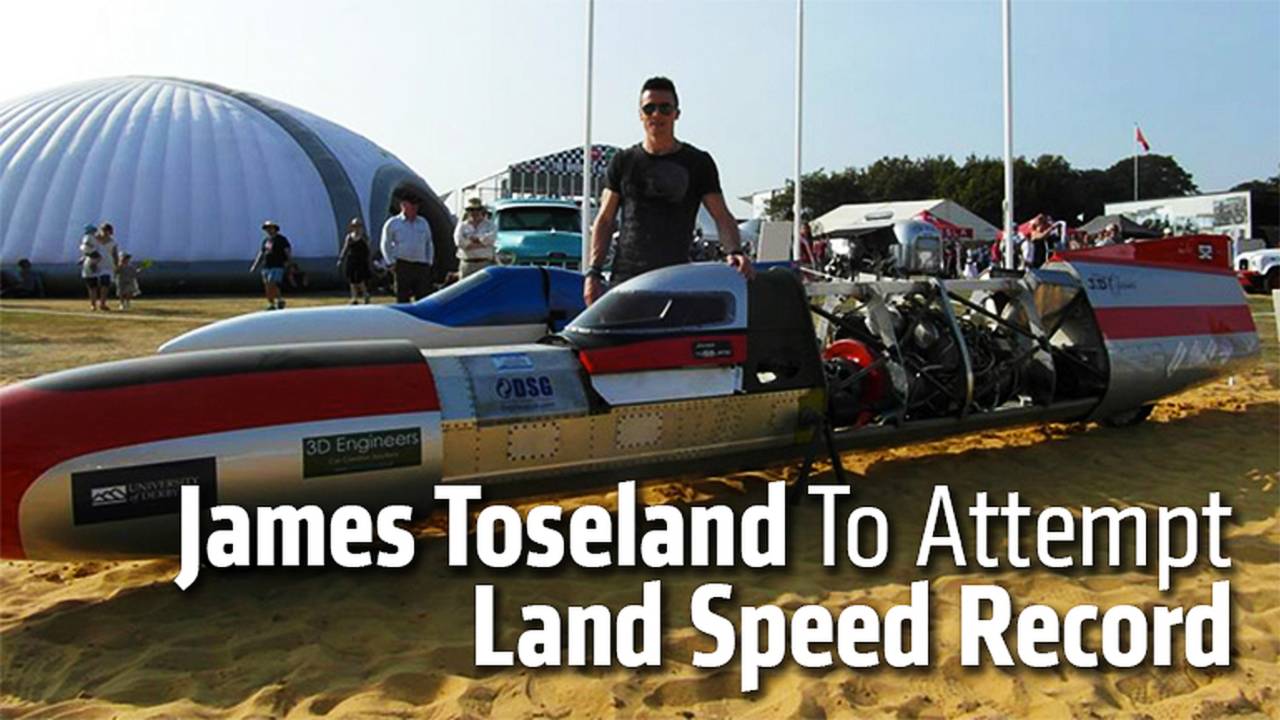 Former SBK champion James Toseland is planning on taking back the motorcycle land speed record for the United Kingdom, a record it hasn’t held in 77 years.

An ambitious group of British university students and former SBK champion James Toseland are planning on taking back the motorcycle land speed record for the United Kingdom, a record it hasn’t held in 77 years.

This new British effort thinks that with its 1,000 bhp motorcycle — called the 52 Express — it can break the 400 mph barrier. The last time a British team took a world motorcycle record at Bonneville was in 1937, set at 169 mph by Eric Fernihough on a Brough Superior.

At present, a team of four engineering students from the University of Derby, in the UK, are working with computer software to analyze airflow around and inside the streamlined 52 Express motorcycle and trying to find a solution to allow the air intakes for the Rolls-Royce gas turbine engine, similar to that used in a helicopter, to lay flush with the body.

The 52 Express is named after the riding number of James Toseland, a former World Superbike champion. Toseland will be the man to take 52 Express out onto the Bonneville Salt Flats this coming September in a British bid to reclaim the world motorcycle speed record.

The 52 Express has been designed and created by Alex Macfadzean, who set the British motorcycle land speed record at 200.09 mph in 1991. Macfadzean believes that a gas-turbine engine is a better proposition than a piston engine as it will spin to 46,000 rpm and doesn’t need a gearbox.

Rival motorcycle record teams using a piston engine require several gear changes in the five-mile run up to a timed mile at Bonneville and can experience wheel-spin, or yaws which can tip a record breaking motorcycle over onto its side.

“Our difficulty is that a gas turbine engine needs a lot of air, “ says Andrew Menzies, a member of the 52 Express team. “A conventional car engine has an air-fuel ratio of 12:1, but the Gem engine we have requires 50:1.” This means that significant air intakes are needed on the bike’s bodywork, which in turn affects the aerodynamic shape and efficiency.

The 52 Express team with James Toseland will give the bike its first shakedown run this April at a private UK test facility. Meanwhile the hunt is also on for $600,000 of sponsorship to get the British bike to Bonneville for this September to try and break the world record.