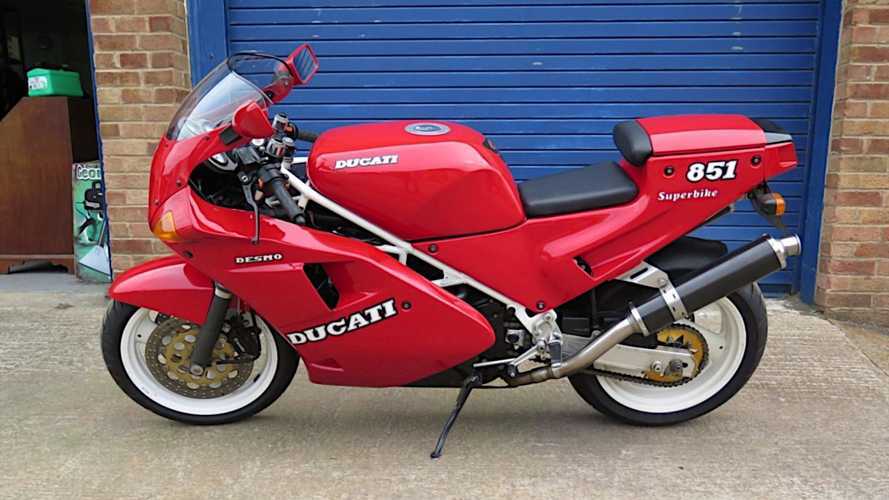 Two out of three former Top Gear presenters called it their own, in fact.

Would you like to own a Ducati 851 that was once owned by both James May and Richard Hammond? If so, you’ll want to peruse it and all the other items coming up in a classic and vintage motorcycle auction that starts on August 27, 2020. Auction company Charterhouse has the full catalogue available online for your perusal as of August 13, so you may want to take some time and swipe through.

The two bikes that Charterhouse is calling its stars of the show are the aforementioned Ducati 851 and an actual IOMTT-winning bike. While replicas are occasionally seen at auctions, actual winning machines rarely make such appearances.

James May purchased the Ducati 851 in 1991, and later sold it to Richard Hammond, who then sold it to the current owner. That unnamed owner is auctioning it off through Charterhouse, along with several other motorcycles in his collection. For anyone looking to ride it on UK roads, it has an MOT that’s good until June, 2021, and has been examined by a Ducati specialist to assure that everything is in good, roadworthy order.

The IOMTT-winner is none other than the 1983 TT Junior-winning Yamaha TZ 350 raced to victory by Phil Mellor. It even comes with his actual trophy awarded for winning that race, if you’re the winning bidder. This bike has been fully restored, and is ready for you to hop on and ride after you take it home, if you like.

There are 146 lots currently listed in this auction, including other rare and/or interesting motorcycles from plenty of makes and vintages, all sprinkled throughout motorcycle history. There’s also plenty of memorabilia, including posters, signed photos, signed windscreens, and various bits and pieces. You don’t even need to register to bid if you just want to have a good look at the catalog, which is located here.