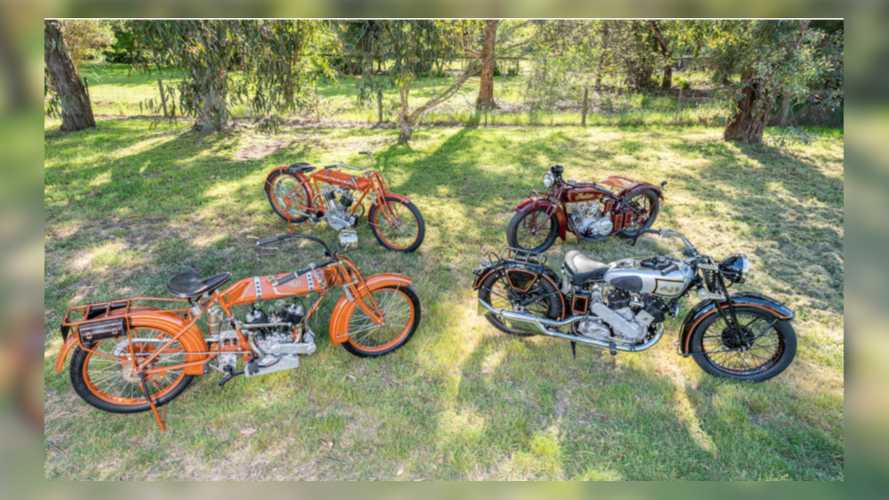 Just 37 lots are currently listed in the upcoming 2020 Bonham’s Las Vegas Motorcycle Auction. Quality over quantity is definitely a thing, though,and there are some truly fascinating pieces of moto-history to observe here. If anything, a smaller number makes it less easy to be completely overwhelmed by the sheer amazingness of it all.

There are plenty of modern classics to behold, like two separate Ducati Mike Hailwood Replicas, a Paul Smart, and a 1979 Honda CBX1000, but they sort of pale in comparison to some of goodies from the first half of the 20th century that this auction boasts.

What always fascinates me, though, is the weird stuff. Stuff like a 1919 Reading Standard, listed as a “Rolling Project.” According to Motorcyclepedia Museum, the Reading, Pennsylvania-based company was around from 1903 to 1923. It started out making motorcycles from other company’s parts, but eventually grew to make its own engines, including a pioneering flathead design. By 1914, the company was already not in the best financial shape—and this bike was produced a few years past that, toward the end of the company’s life.

Two particularly stunning examples of rare bikes in this auction are NUTs: a 1913 model and a 1925, both being sold without reserve. The Newcastle-Upon-Tyne motorcycle company built bikes between 1912 and 1933. According to Living North, it’s believed that fewer than 400 were ever built, throughout the entire existence of the company. In 1913, NUT creator Hugh Mason even won the Isle of Man Junior TT, rocketing along to victory on one of his early NUT designs.

To view all 37 lots in this auction and see their estimates, you can check out the full catalog here.