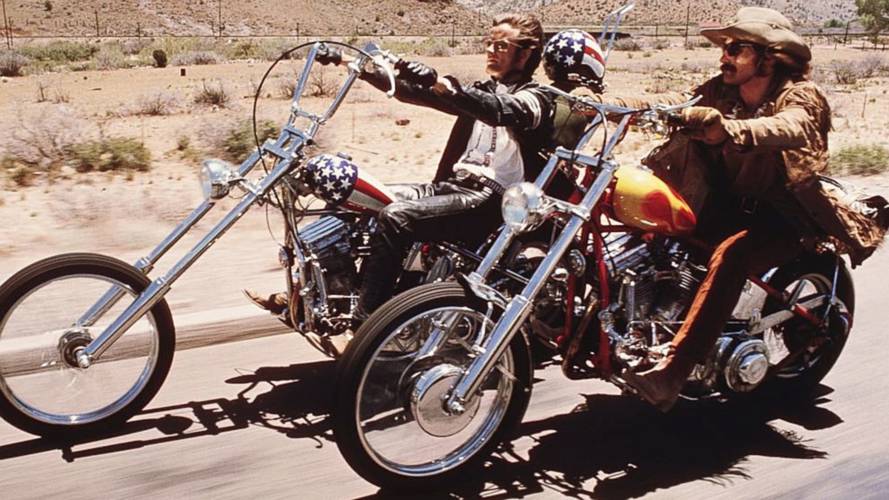 The actor's involvement with motorcycles went far beyond Easy Rider.

Actor Peter Fonda, best known to motorcyclists for his starring role in the iconic movie Easy Rider, died the morning of Friday, August 16 at his home in Los Angeles, his family confirmed to People. The official cause of death was respiratory failure due to lung cancer. He was 79.

He Shall Ride Eternal, Shiny And Chrome:

Easy Rider is what put Fonda on the map. In a 2007 interview with the LA Times, he gave the movie, which he not only starred in but also produced and co-wrote. "I never stopped working, thanks to Easy Rider," Fonda told the LA Times. Fonda earned an Academy Award nomination for Best Original Screenplay for Easy Rider. It also brought him out from living in the shadow of his father, actor Peter Fonda. In fact, Peter Fonda's interest in motorcycles was the direct result of rebelling against the elder Fonda.

"My father didn’t want me to," he told the LA Times. "It was like, in your face. As soon as I could, I bought a Harley. That was the beginning. Loved it. Never have stopped."

Although a fan of Harley-Davidson, Fonda was never exclusive to them. He's also owned Triumphs, BMWs, a Ducati, and an MV Agusta, as well as more unusual bikes like Bultaco and Montesa. He also partnered with a pre-Polaris incarnation of Indian to produce replicas of the bikes from Easy Rider.

Contrary to the drug-dealing Captain America he portrayed in Easy Rider, Fonda was truly one of us, not merely a celebrity who dabbled in motorcycles. He was inducted into the AMA Motorcycle Hall of Fame, not only for his work on Easy Rider but also for his motorcycle-related charity work. He has supported numerous charity fundraising events, including the Love Ride and the Easy Ride for Autism. In 1973 he appeared along with Evel Knievel in Not So Easy, a short training film advocating wearing proper gear and practicing safe riding techniques. This philosophy is common today but was somewhat rare in the early 1970s. Yet who was going to call Peter Fonda, of all people, a square for preaching safety?

"As I say, it’s the freedom," Fonda told the LA Times. "The road has no fences, and you’re out there and there’s no cars and no towns, you see eagles, you see all kinds of wildlife." Indeed, I've had very similar thoughts myself as I've recently started to leave the pavement behind and explore more remote places.

Let's all raise a glass of whatever tasty beverage you prefer and drink to the memory of a true motorcycle icon, both on and off the big screen.