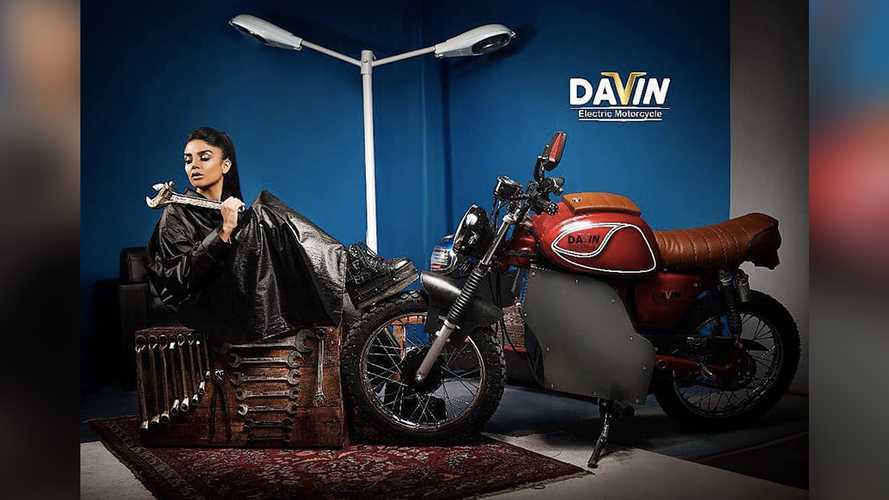 Is that cute or what?

We have a thing for conversions and customs here on RideApart. There’s something about a model we’re more (and less) familiar with taking on an entirely new persona that’s fascinating. There are loads of craftspeople out there who deserve our respect for their hard work and creativity, designing unique pieces we love to discover. This is one of them. This tiny Yamaha YG-1T Trailmaster 80 went from drab to fab thanks to the hard work of Davin Electric Motorcycle. Check this little beaut’ out!

The donor Yamaha was in pretty bad shape and required quite a bit of work—not something Iran-based custom shop Davin Electric Motorcycle was going to shy away from. The frame of the tiny bike was kept. The small 73cc engine block was removed and seemingly replaced with lead-acid batteries—a less powerful, but also cheaper alternative to the costly lithium-ion batteries. The shop seems to have kept the original gas tank, fixed and refreshed. Both the front fork and rear dual shocks have been swapped with more modern components; same for the front and rear drum brakes as well as the wire spoke wheels and flashers (something the original moped lacked). A new tuck and roll seat with matching tank accent has been added, a fresh coat of paint, and voilà. We have a scramblin’ little electric conversion.

The original YG-1T or Trailmaster 80 was an interesting little beast. Production of the model was short-lived, running from 1964 to 1969. The YG was meant to compete against Honda’s Cub spinoff, the Trail 90—so much so that the 73-cc YG was actually advertised as an 80 to put more pressure on Honda. While the Trail 90 had a more typical moped silhouette, the Trailmaster instead looked like a tiny scrambler with its dual shock suspension, mudguards, spoke wheels, and knobby tires.  One interesting featured of the tiny Yamaha is how most components were made from metal rather than plastic.

Very little can be found about Davin Electric Motorcycle shop. According to EV Nerds, the company is importing bikes from Western Europe and converting them to electric powertrains. The team’s goal is to promote electric motorcycles and contribute to reducing emissions. With their tiny bike conversions spotless design and their ability to reach speeds of up to 50 mph, the move to electric can be done in style.