The Man who made the Moto Guzzi V8 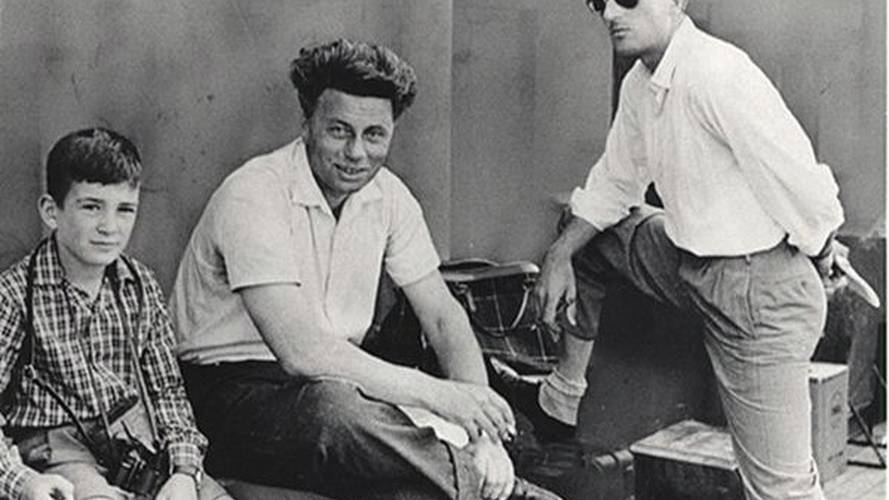 Last September, Neale Bayly and I travelled to Mandello de Lario for Moto Guzzi’s 90th birthday celebrations. We rode bikes, took a romantic sunset ferry ride across Lake Como, met Miguel Galluzzi and, most uniquely, had the chance to sit down with 85-year old Enrico Cantoni (above, right), one of the engineers responsible for both Moto Guzzi’s famous 500cc V8 GP engine, and its eponymous 90-d...

Last September, Neale Bayly and I travelled to Mandello de Lario for Moto Guzzi’s 90th birthday celebrations. We rode bikes, took a romantic sunset ferry ride across Lake Como, met Miguel Galluzzi and, most uniquely, had the chance to sit down with 85-year old Enrico Cantoni (above, right), one of the engineers responsible for both Moto Guzzi’s famous 500cc V8 GP engine, and its eponymous 90-degree v-twin. Took a while to get it all translated, but here you go.

On How He Started Out with Moto Guzzi

"I started working at Moto Guzzi before the start of WWII in 1941. My first project was for Giulio Cesare Carcano (top, left) when I was 19 years old.  I was to create an auxiliary engine for a bicycle. By the time the project was to go into production though, the war ended.  The engine ended up being converted for use in the smaller 65cc Moto Guzzi model."

"Shortly after the war, around 1946 or 1947, motorcycle racing started again.  We decided to create a proper racing motorcycle by using one of the last 500cc models left over from WWII which we transformed in to the “gamba lunga” (long leg)."

"After the 500cc, we continued modifying and developing other motorcycles that were left over from the war including the so-called 'Albatross' 250cc, the last racing motorcycle that was created before the war.  We called it the 'gamba lunghino.'"

On How the Moto Guzzi V8 Otto Cilindri Came into Being

"By 1954, Moto Guzzi had launched back into competitive racing along with Gilera and MV Agusta.  We were fighting for the world title on the last race in Monza, Italy, and ended up losing the race to Gilera."

"After Monza, Giulio Cesare Carcano and I decided that we had to develop something new and we decided to develop a revolutionary 500cc 8 cylinder engine.  At that time, a V8 was something strange, something very expensive and complex considering that our competitors only had 4 cylinders."

"Carcano got the approval from Mr. Guzzi and Dr. Parodi (two of the founders of Moto Guzzi) to go forward with the project in October of 1954.  It took us five months to develop that engine.  For five months we literally never stopped working, pushing through the nights, during the days and even on weekends."

"Finally on Easter Day in 1955, we ran the V8 engine for the first time.  Having been accustomed to air-cooled engines, we actually forgot to engage the water pump on the water cooling system on the V8 the first time we turned it on. The result was a lot of smoke. The second time around, we engaged the water pump, checked everything over and it started perfectly."

"At the end of the day, Carcano sent a telegram to Mr. Guzzi and Dr. Parodi reading, 'The V8 has started, Happy Easter.'"

On the Origins of the V-Twin Engine

"In 1957, three manufacturers including Moto Guzzi, Gilera and Mondial decided to stop motorcycle racing because of several accidents. Therefore, those of us in the race department at Moto Guzzi had a great deal of time on our hands."

"In this period, we started studying the Fiat Cinquecento 500, a little car with an air-cooled twin cylinder engine. We all agreed it was a good engine but not powerful enough. In fact, Carcano wanted us to develop a better engine to compete with the Fiat 500 and handed me the role of project lead."

"The first thing I did was bring a Fiat 500 into the Moto Guzzi racing department and began to create our own V-twin version of the Fiat’s 500cc engine. After a little development, it became a very powerful and smooth engine. We thought it was a great accomplishment so we talked with the engineers about Fiat adopting the engine in the Fiat 500, but in the end nothing happened."

"Now we were left with this new engine and we were talking about what do to with it. Mr. Guzzi, despite his affinity for the horizontal single cylinder engine, decided together with Carcano, to integrate our creation into a new bike concept – the first V-Twin engine motorcycle."

"Umberto Todaro was given the project and developed the bike on the base of our Fiat 500cc V-Twin engine. Todaro increased the size of the engine to 750ccs. Though the modern V-Twin Moto Guzzi’s now have up to 1250cc, with all the modifications, upgrades and technological developments, the basic design of the engine still remains the same as the one we designed 50 years ago."

"I worked at Moto Guzzi until 1966, but since then Guzzi has always been a part of my life. Now, when I see a Moto Guzzi on the road I say, “Hey, there’s a part of me on this bike!” I’m proud of the continued interest of the younger generation of engineers and enthusiasts in the racing heritage of Moto Guzzi as they continue to work on new ways to push Guzzi’s innovation forward."

"For me, I will always admire Commendatore Guzzi and Dr. Parodi and I am honored that I am remembered and recognized and invited to talk about what I did for them and the Moto Guzzi brand."