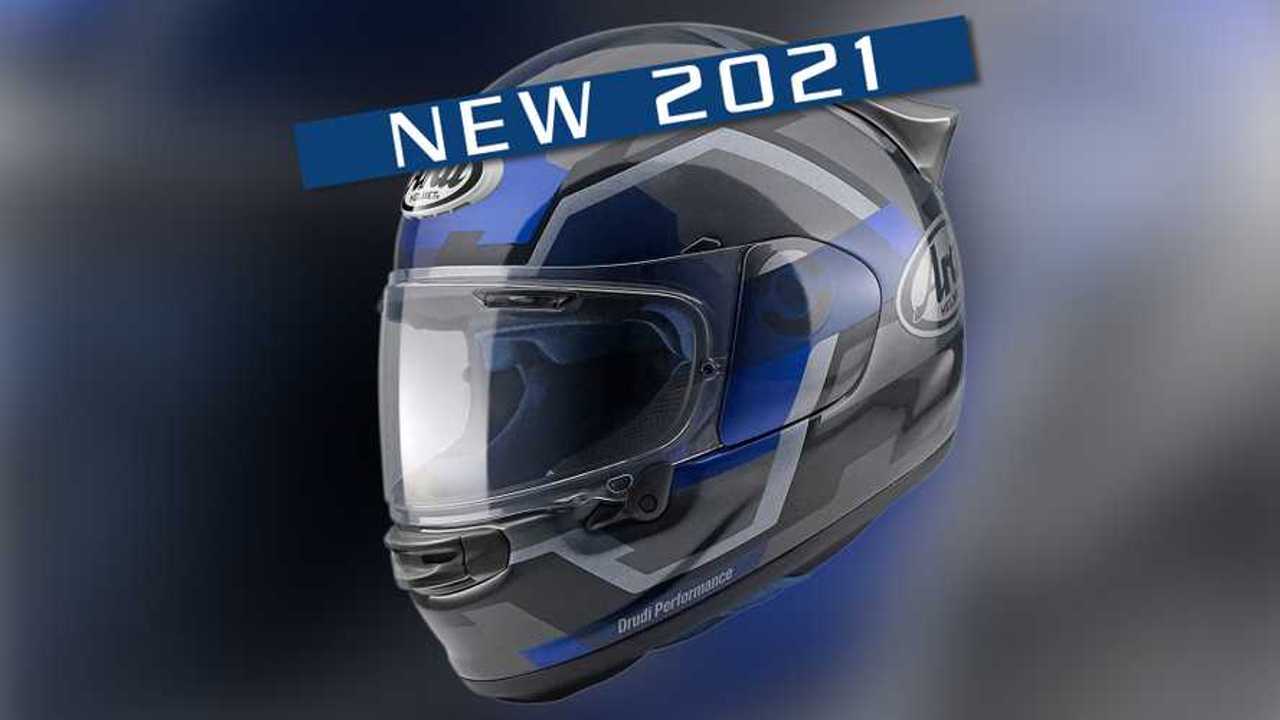 Welcome to a new era of safety.

Update: Arai contacted us to confirm that the new Quantic is expected to be approved to the new ECE 22.06 standard in January, 2021.-SG

Early in 2020, the Economic Commission for Europe (ECE) announced that it would thoroughly upgrade its motorcycle helmet certification process. After 20-plus years as the European standard for helmet safety, ECE 22.05 is going to be replaced by the new ECE 22.06 standards in 2021.

The new tests include different angle and force of impact as well as tests specific for features such as retractable chin pieces and sun visors. This means that we’re soon going to see a new, safer generation of motorcycle helmets make its way to the market.

Helmet manufacturers have been able to certify their products since June, 2020, and have until 2023 to comply. Arai got the ball rolling with the introduction of its first ECE R22.06-compliant helmet, the new 2021 Quantic.

The Quantic is a mid-range, full-face, sport touring helmet designed to be comfortable on long commutes and trips. The outer shell is made of what Arai calls “Peripherally Belted e-Complex Laminate Construction” or PB e-cLc—a material already used in other models such as the Concept-X. Arai also specifies that though the European safety standards don’t require it, all its helmets are tested for penetration, including the Quantic.

The shell features six intake vents—two of which are cleverly integrated into the “Arai” badge on the forehead—and six exhaust ducts to ensure optimal ventilation. The vent location at the chin features a three-position mechanism that allows the user to manage the airflow and that’s easy to use with gloves on.

The VAS Max Vision visor is Pinlock-ready and features a Formula 1-inspired latch system that’s better integrated into the helmet and can be operated using only one finger.

Inside the helmet, the design includes a breath guard to keep the visor from fogging up as well as a chin curtain that blocks the air, helps with soundproofing, and, according to Arai, “increases negative pressure to enhance the exhaust function of the Free Flow System (FFS) by drawing more air from the mouth area.” Arai’s Face Contour System (FCS) features spring-mounted pads that adapt to the shape of the rider’s face. The pads are also equipped with an Emergency Release System and, like the liner, can be removed and washed.

The Quantic can be retrofitted with a comm system thanks to the speaker pockets and neck roll wire pocket integrated into the design.

The new 2021 Arai Quantic helmet will be available in the new year though the manufacturer has yet to confirm when and how much the model will go for.