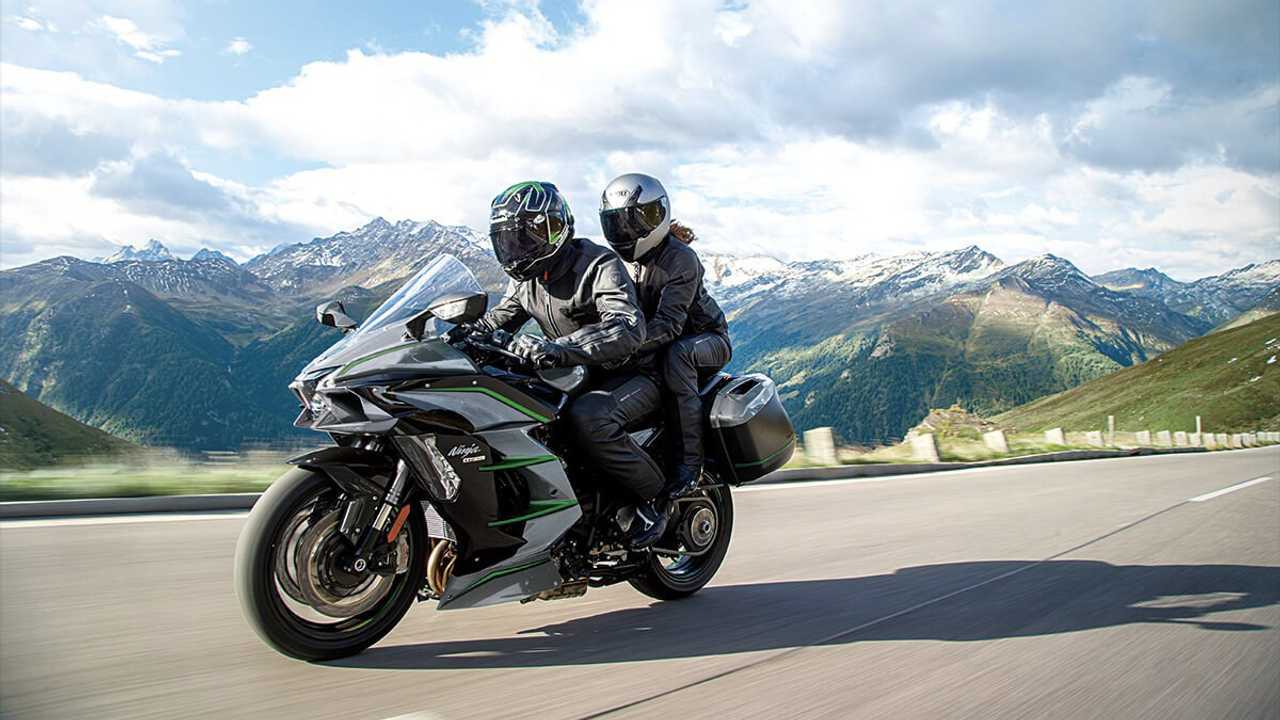 While “Ninja H2” isn’t exactly a name you associate with “touring” because of its monstrous reputation for speed, Kawasaki categorizes the H2 SX SE/+ in its sport-touring family. While it may seem like a daunting bike to be on the road with, the Ninja is surprisingly versatile and comfortable—despite the 200 dormant ponies ready to sprint into action. It can even be fitted with a set of side cases! See? It can tour as well as it sports.

For 2019, Kawi has updated the SX SE and given it a few new tech toys, resulting in the all-new Ninja H2 SX SE+. What the “+” adds is a significant suspension upgrade with a 43 mm inverted Showa cartridge front fork and a BFRC lite rear shock with Kawasaki's Electronic Control Suspension system that allows the rider to customize the “support”.

The model also features new riding modes that adjust the suspension, traction control, and engine output depending on the conditions. The Road setting is for everyday use. The Sport setting stiffens things up and makes the ride more aggressive to attack the twisties. The Rain setting dials it all back a bit so you don't overcook it in the wet. There's also a Manual mode that lets you change all of these settings yourself.