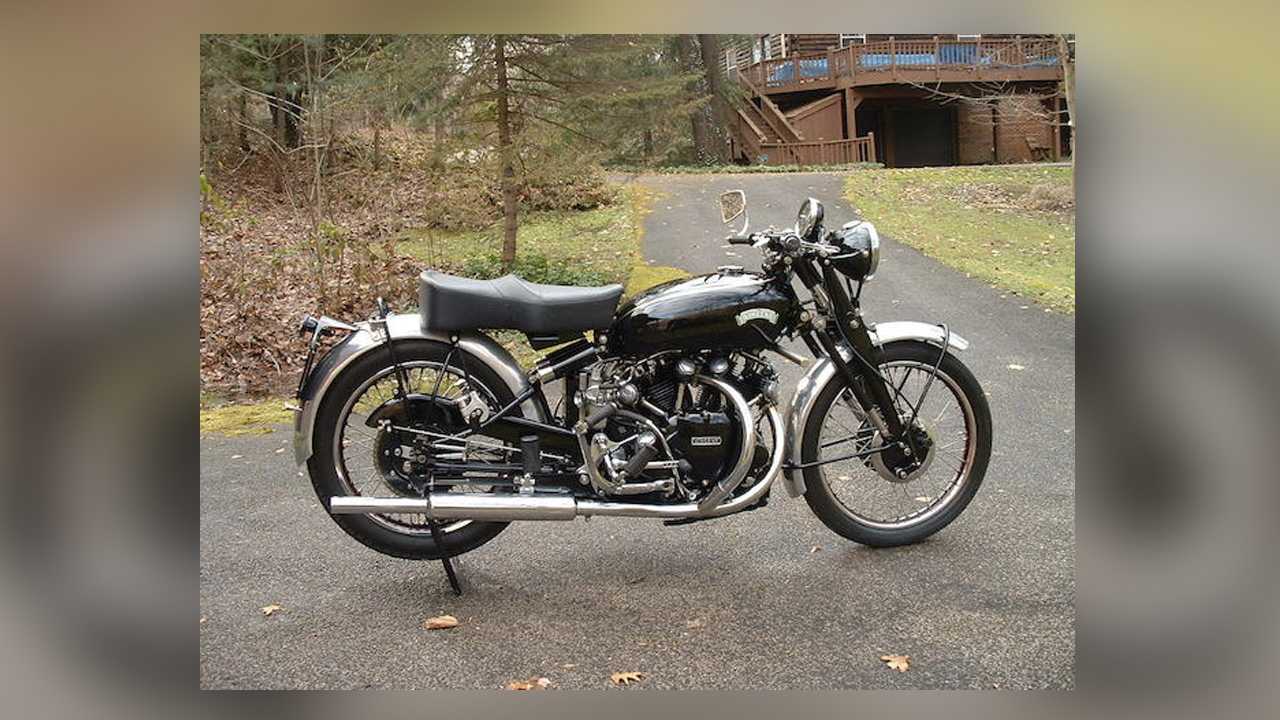 The legendary British brand boasted, for a while, the world’s fastest production motorcycle, setting a record in 1948. The Black Shadow launched with the promise of a top speed of 125 mph, wrung out of its 998cc V-twin.

The Vincents were also innovative bikes in their own right thanks to the introduction of such features as adjustable brake pedal, footrests, and seat height, among other things. One of the model’s most striking features, however, was its black engine, a rarity for the time. According to official records, within the model’s 7-year run, less than 2,000 units were produced.

This unit was originally shipped to the US in 1950. It has since undergone a fair bit of maintenance and restoration work and has since been enjoying peaceful days in its former owner’s garage.