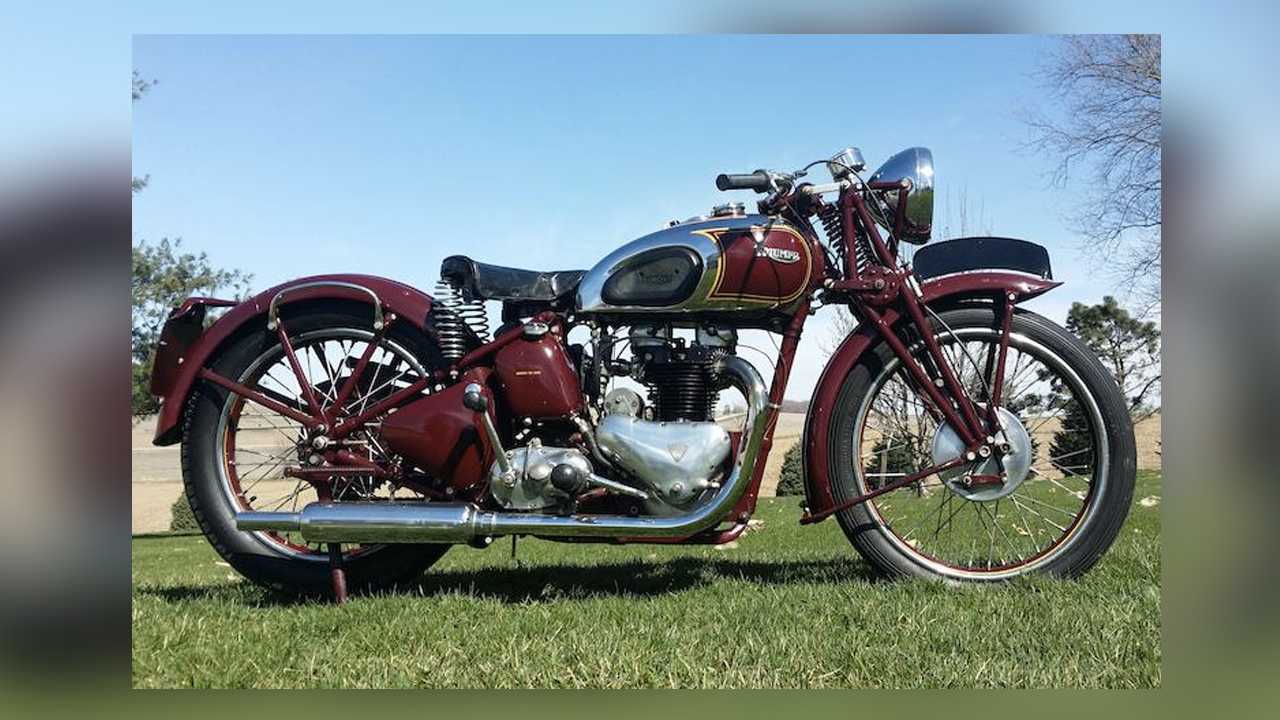 It seems appropriate that the same year Triumph revives the Speed Twin, a 1938 original should receive the highest bid at an auction. Not only does this beauty embodies a turning point in motorcycle history, it is also associated with one of the most famous motorcycle enthusiast there ever was: Steve McQueen.

The model launched in 1938 introduced an innovative vertical twin layout that was both smaller and lighter than previous iterations, setting a new benchmark for other British manufacturers. The model proved to be a success and helped push the company forward. The 355-lb motorcycle with its 498cc twin engine rated at 26 horsepower, mated to a 4-speed transmission became a sensation.

This particular Speed Twin is extra special as it belonged to Steve McQueen. While under his ownership, the 5T was thoroughly restored by one of his friends, Dave Ekins in the late 1970s.  The bike was then auctioned off at the star’s estate sale in 1984.