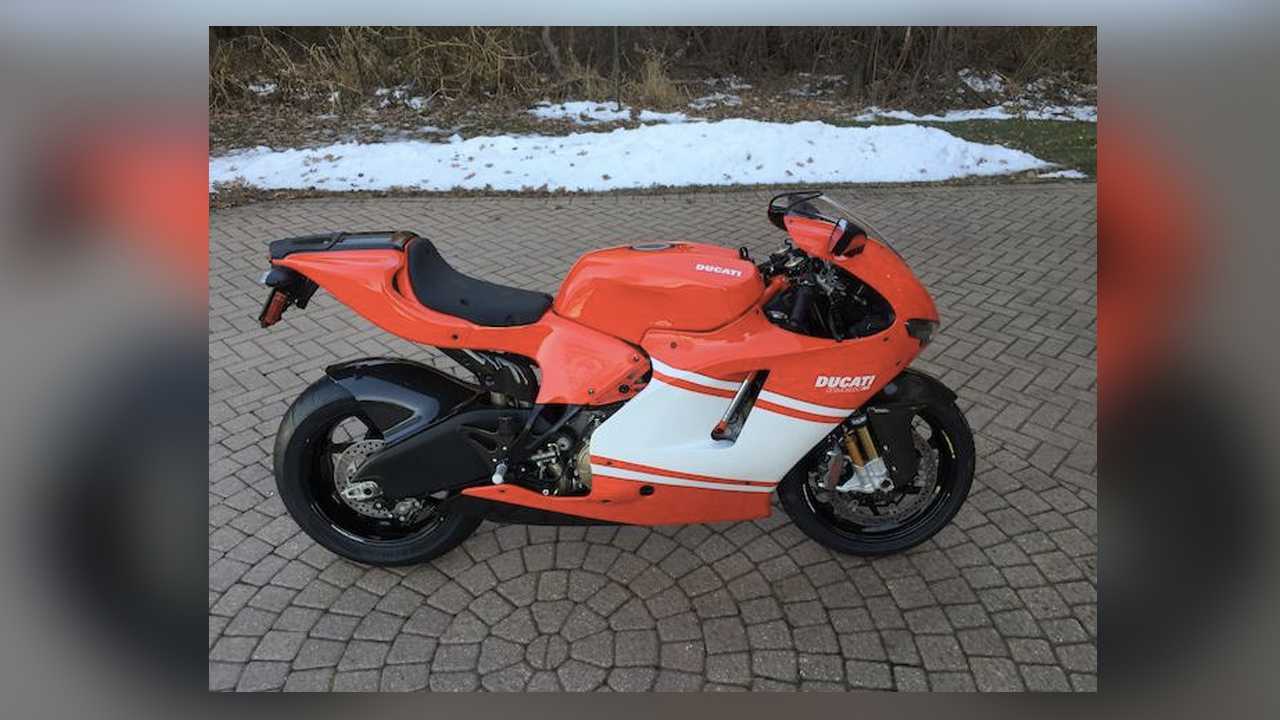 While Ducati’s Supermono enjoyed a heap of success in its hay days, about a decade later, the brand introduced a MotoGP-inspired model to the market: the Desmosedici D16RR. With its limited run of 1,500 units, Ducati created a real hype when it introduced the model in 2007. The likes of Tom Cruise, Brad Pitt, and Michael Jordan were on board, hoping to get their hands on one of the first 300 units—Cruise ultimately hitting the jackpot by rolling 001 into his personal garage. At the time, the limited edition went for $72,500. The hefty sum was justified by state of the art, race-inspired components that included carbon fiber bodywork, sandcast cases and cylinder heads, an aluminum swingarm and, of course, Ducati’s signature trellis tubing frame. The model was unanimously celebrated by whoever got to take it out for a spin. It features the brand’s now famous V4 Desmo engine pushing a remarkable 200 horsepower.

Sporting a later serial number, this unit has however received the rare white-on-red livery with only 650 miles on the counter.