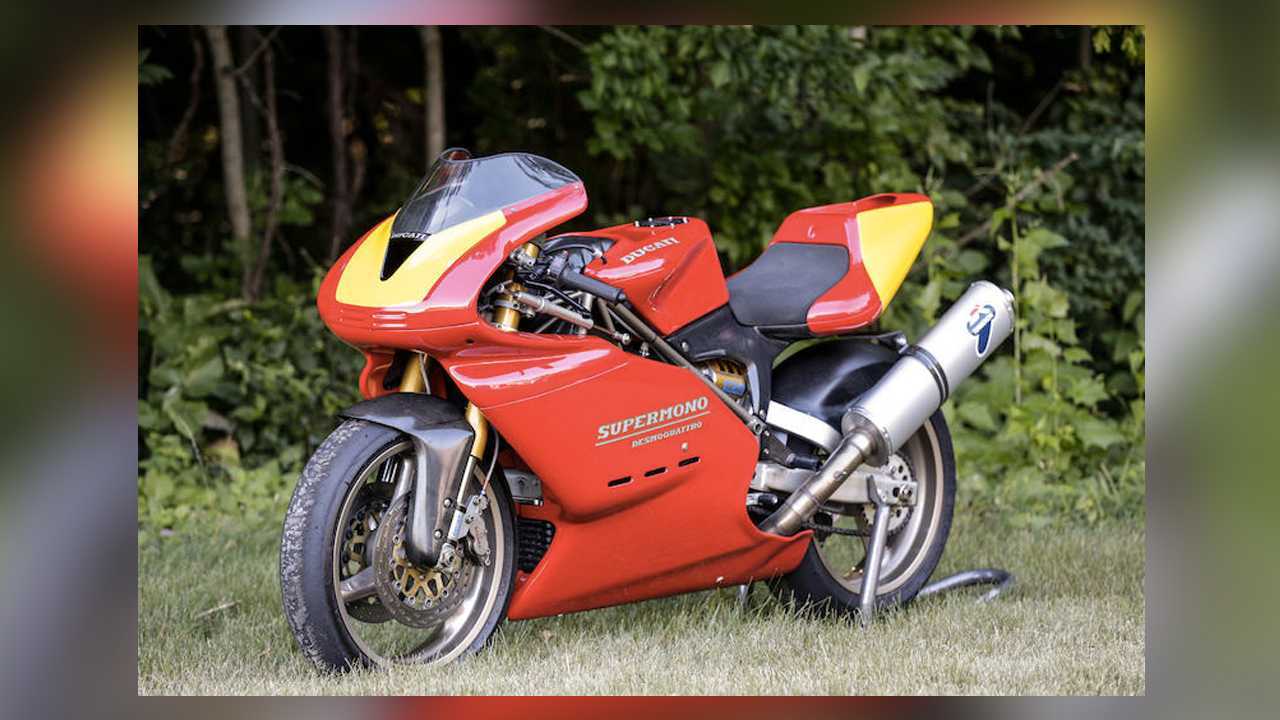 Ducati and performance go hand in hand as we’ve been shown times and times again over the last few decades. Little, however, compares to Ducati’s glorious 90s era superbikes. Think of the 916 or the 996. Racing has also been playing an important part in the manufacturer’s history and in the mid-90s, it came up with one of its most successful racers.

Introduced in 1993, the Ducati Supermono was designed to compete in the European Supermono Series, specific to single-cylinder bikes. The model won accolades after accolades, stepping at the very top of the Supermono Series podiums and even going as far as to take the 2nd place at the 1994 Isle of Man TT.

The model beautifully showcased Ducati’s famed trellis frame pattern and featured such modern (and lightweight) components as an aluminum swingarm and a carbon fiber fairing. It weighed in at only 267 lb and was powered by a 550cc, single-cylinder mill producing 78 horsepower. Only 67 units of this bike were produced, making this model a rare find. This particular unit was never used for racing. It spent its early years in Germany and Denmark before being imported to the US.