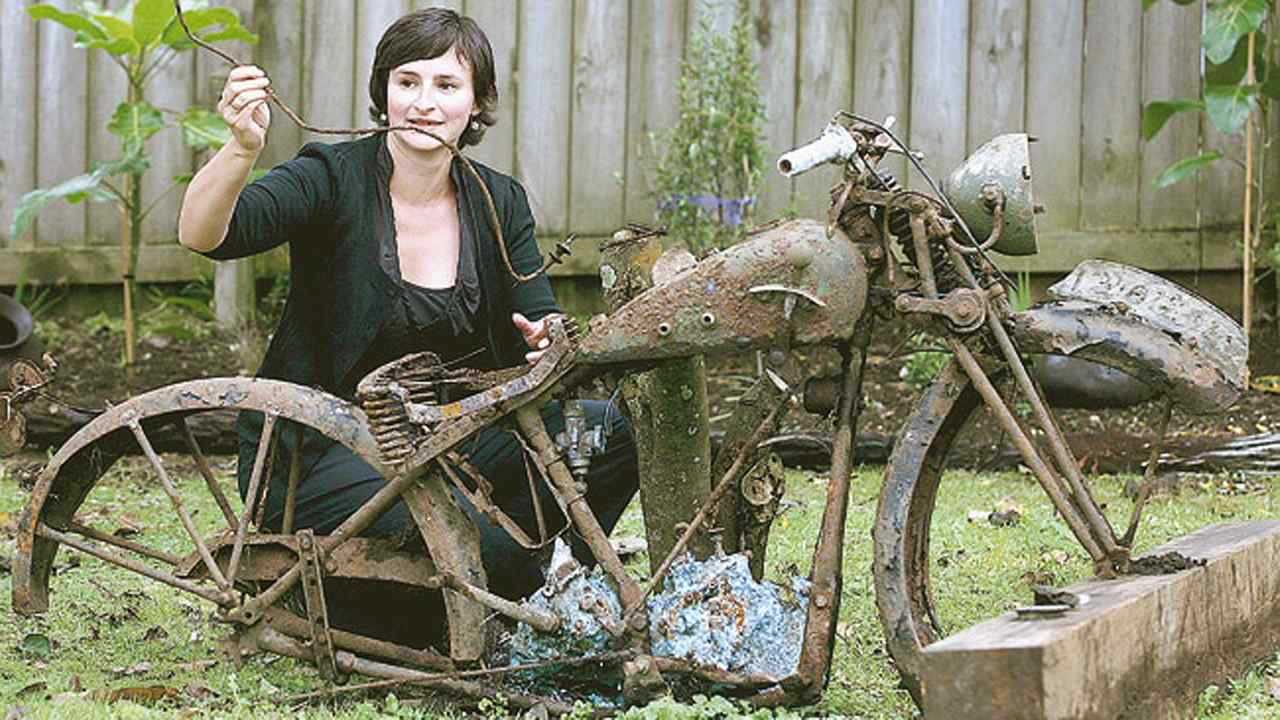 This mysterious two-wheeler was dug out of the ground by a New Zealand woman back in 2009. Karen Amor was digging in her garden when she uncovered a metal spring. At the same time, her partner hit something metal with a roto-tiller. They started to dig and uncovered a motorcycle of unknown origin. She asked her neighbor who had lived next door for 64 years and she had no recollection of the bike or who could have buried it. At the time, no one was quite sure what it was aside from old and British. Some said it was an Ivory Calthorpe, others said it was a Beeser or a Triumph. Whatever it was originally it's mostly scrap now, but I reckon it'd make a great garden sculpture.