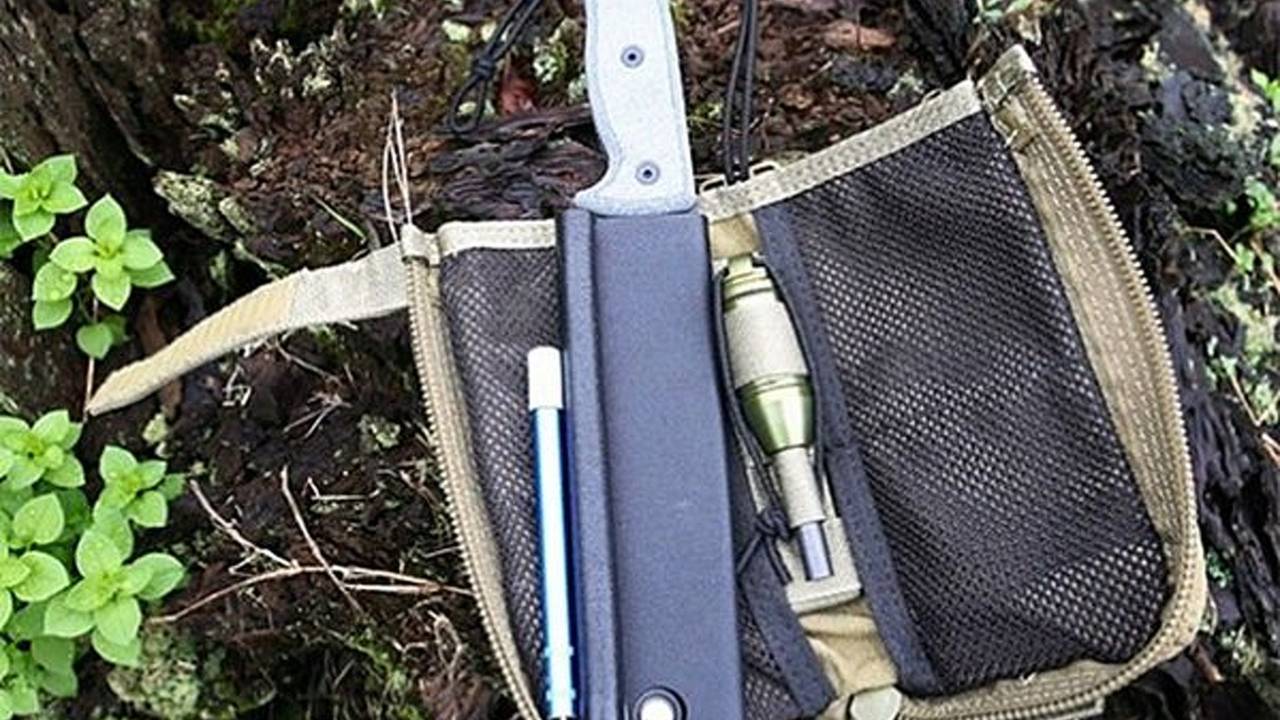 This is intended to be, along with the knife it houses, an emergency grab bag that can fit the essentials you need to survive outdoors and nothing more. It’s extremely overbuilt and versatile, but there is one small niggle: the kydex sheath it comes with is non-retentive and relies on a shock cord wound around the handle to hold the knife in. Great when you’re using it as a pack because that knife’s not coming out ever, not so great when you’re using it as a sheath and you want to access the knife frequently. No big deal, I plan to replace the standard sheath with a retentive kydex one from ESEE.

The ESEE fire starter and a diamond honing rod were included as standard.

I planned to use this on the trip as a fishing kit, but since we didn’t get the chance—damn flies—I just threw assorted outdoors odds and ends into it. Now it lives in my survival closet full of contractor bags, power bars, water purifiers, paracord, a poncho, a spare flashlight, some cash, and other goodies ready to go if the zombie invasion forces me to flee my carefully prepared apartment.