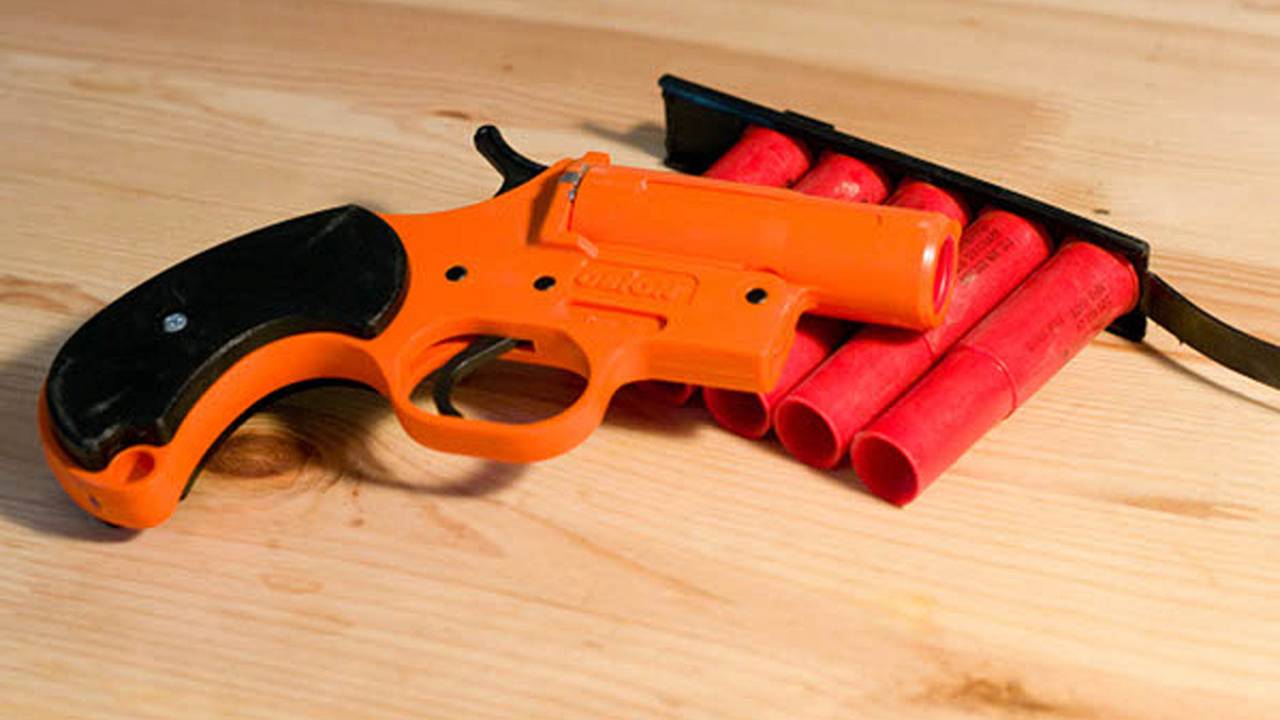 Michael Moore once posited that Americans are so obsessed with guns because they’re scared. And that’s exactly why Grant and I took this flare pistol along, we were scared. Of bears.

Ever since we got into that fight with a black bear in the Adirondacks, we’ve become paranoid campers. Every time a fox or a raccoon or a porcupine comes stumbling through a campsite at night, we’re freaking out that it’s another bear that has completely lost its fear of humans. Labrador has the largest bear population in North America.

Since we live in New York and can’t really legally own guns (technically you can, there’s just more red tape than we’re willing to deal with) as a result and because trying to get one across the border would have been an enormous hassle, we looked for other options. How about a device that fires an explosive incendiary round at high velocity out to a couple hundred yards with some rough modicum of accuracy and that isn’t regulated by any laws we’re aware of? Perfect. It goes bang, bears go away. Way better than bear spray that requires you to be within spitting distance of said bear for it to work. Plus, we’re not out to kill Yogi, just convince him to leave us alone. We didn’t get a chance to use this, but Grant’s mom says flare pistols are a great bear deterrent.

Obviously, we don’t endorse firing shit at animals willy-nilly, nor discharging incendiary explosives all over nature. Be an adult about things, please.