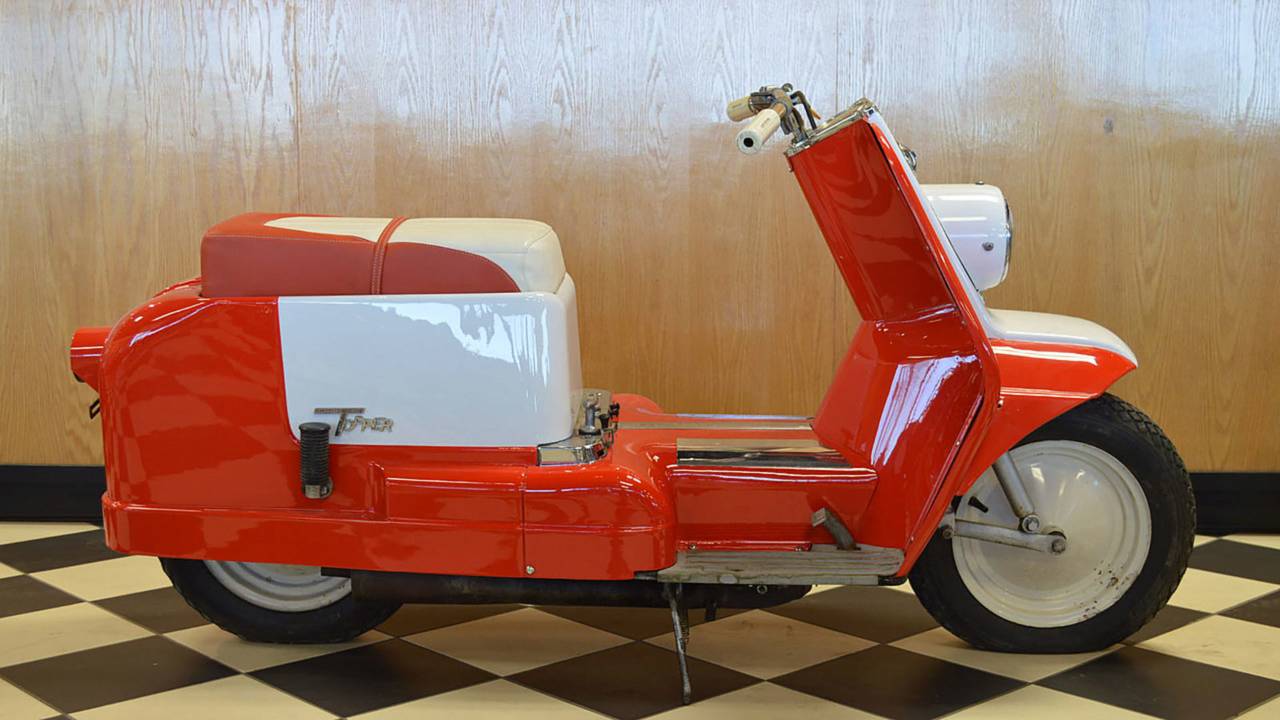 Harley released the Topper, a rebadged DKW, in 1958 and sold it until around 1965. It was powered by a 165cc, air-cooled, two-stroke single that ran on premix and was started with a ripcord like a lawnmower. The first generation had a belt-driven "Scootaway Drive" CVT that was good in theory but had belt-slippage issues caused by road grime. An upgraded "H" version was released in 1961 with an updated, sealed transmission that solved that problem. The Topper sold respectably until it was canned in 1956. Perhaps the most famous Topper was the one used as a bullpen car by the Milwaukee Brewers from 1959 to 1995.