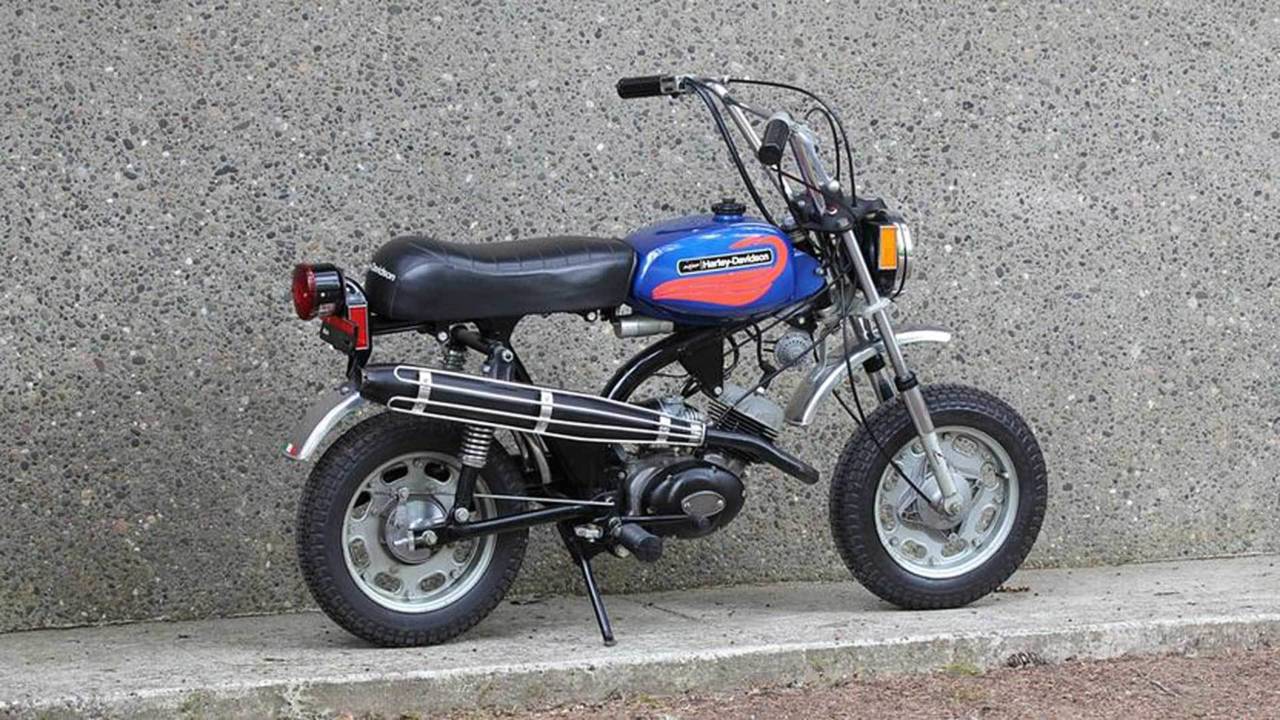 Shortster! It's like a Sportster, but smaller. Get it? GET IT? This little wonder was offered for one year—1972—and was an attempt to cash in on the minibike craze that was on at the time and to get kids into Harleys. It didn't quite work. They were powered by an Aermacchi 65cc two-stroke single mated to a three-speed transmission. It had a rudimentary suspension and internal expanding brakes and was apparently surprisingly fun. Unfortunately for Harley, the Japanese had the minibike market all sewn up and no one was willing to buy an Italian-made, Harley-sold (neither were watchwords for quality or reliability at the time) minibike when they could buy a cheaper, better, Honda Monkey.