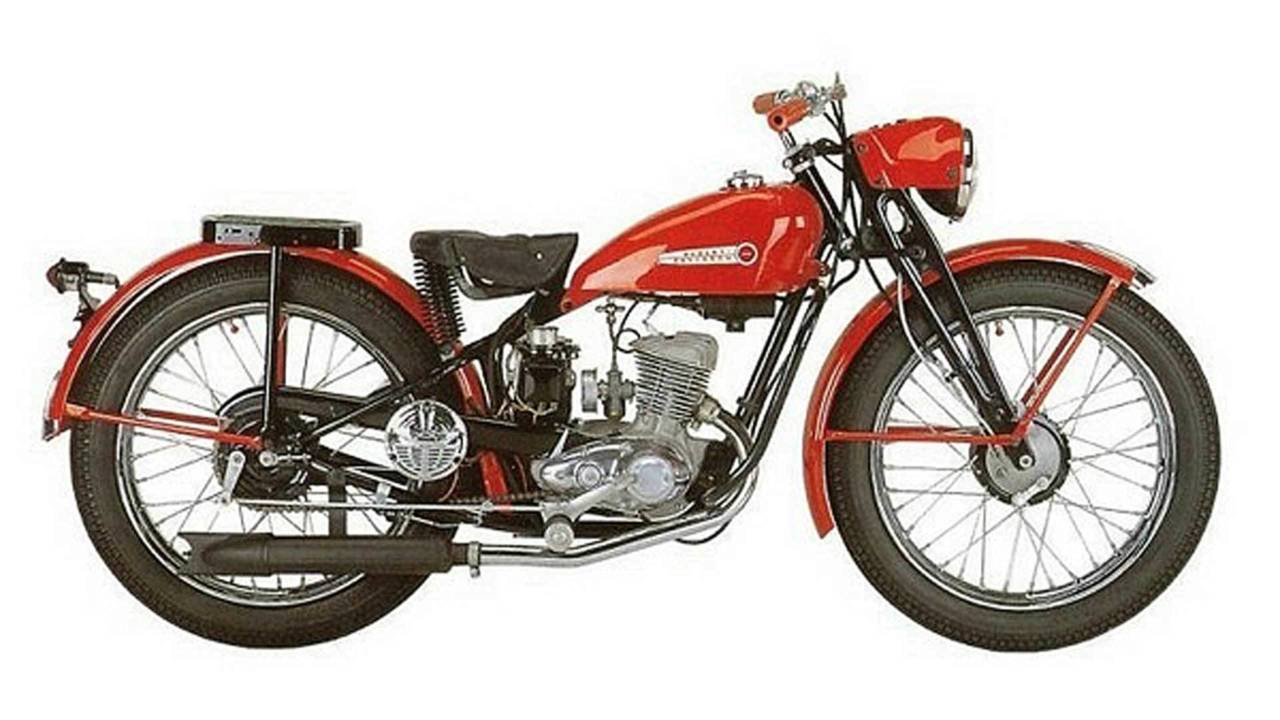 We'll begin in 1948. Peacetime, sunny skies, and overtime paychecks throughout America meant lots of new riders, but not everyone could handle a huge, 42 hp, 1000cc Panhead. The Motor Company filled out its line with the dramatically named S-125. Sometimes incorrectly called the Hummer, the S-125 was a direct copy of the 1938 DKW RT125 two-stroke commuter bike.

The design was given to the world as part of German war reparations. You've seen this bike before, made in England as the BSA Bantam, in the USSR as the Minsk, others were produced in Poland, Italy, just about everywhere, including Japan with Yamaha's YA-1. With three horsepower and a 50 mile per hour top speed, these little beasts put millions of people on the road.