Spicing things up with a new scrambler.

Like so many historic European motorcycle brands, Moto Morini has changed ownership several times since Alfonso Morini founded the brand in 1937. After 50 years of independence, MM came under Cagiva’s control in 1987 before changing hands to the Ducati-owning (at the time) Texas Pacific Group in 1996. Three years later, in 1999, Morini Franco Motori reclaimed the Moto Morini name, but the brand went bankrupt by 2010.

By 2012, the company Eagle Bike revived the nameplate and got back to producing large-capacity motorcycles. However, ownership transferred to Chinese conglomerate Zhongneng Vehicle Group in 2018. While Moto Morini still serves European customers, the brand also caters to the Chinese market. As a result, Moto Morini just launched two versions of its Seiemmezzo platform at the 2021 Chongqing International Motor Expo (CIMA). 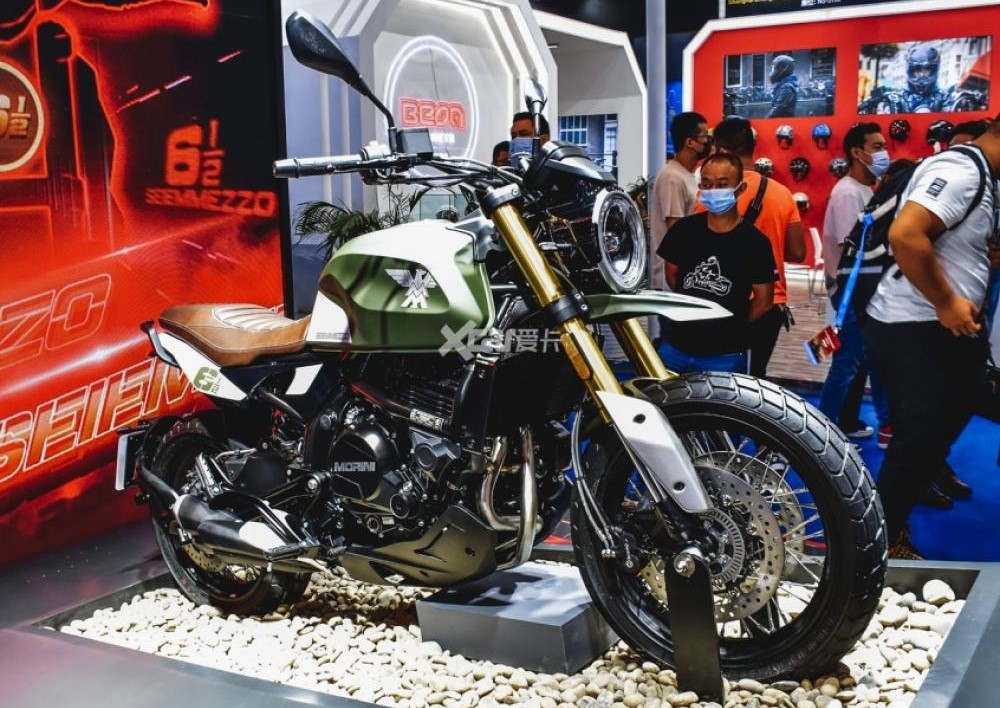 Originally unveiled at EICMA 2019, the Seiemmezzo STR (naked bike) and SCR (scrambler) have been on the radar for some time now. Both variants feature Moto Morini’s liquid-cooled, 649cc parallel-twin mated to a six-gear transmission. The firm hasn’t announced power and torque figures at this time, but the models on display reveal that the Seiemmezzos will tout a steel trellis frame, aluminum swingarm, USD fork, and rear monoshock.

The dual four-piston calipers bite down on twin 300mm discs up front and a two-piston binder mates to a 255mm rotor out back. Moto Morini’s neo-retro design also matches the 5-inch LCD display mounted just above the wide handlebars and the LED lighting all-around. Aside from the similarities, however, the STR and SCR forge their own identities with styling and wheel sizing.

The dirt-capable scrambler opts for a 19-inch front wheel and a 17-inch rear. The naked bike retains the same rear wheel but downsizes the front to an 18-inch unit. Predictably, the STR favors a low-mounted front fender and minimal bodywork while the SCR adopts a high-mounted mudguard and streamlined side number plates.

Moto Morini hasn’t listed the Seiemmezzo line’s MSRP just yet, but if the recent X-Cape release in Europe is any indication, we could see the SCR and STR on the road very soon.